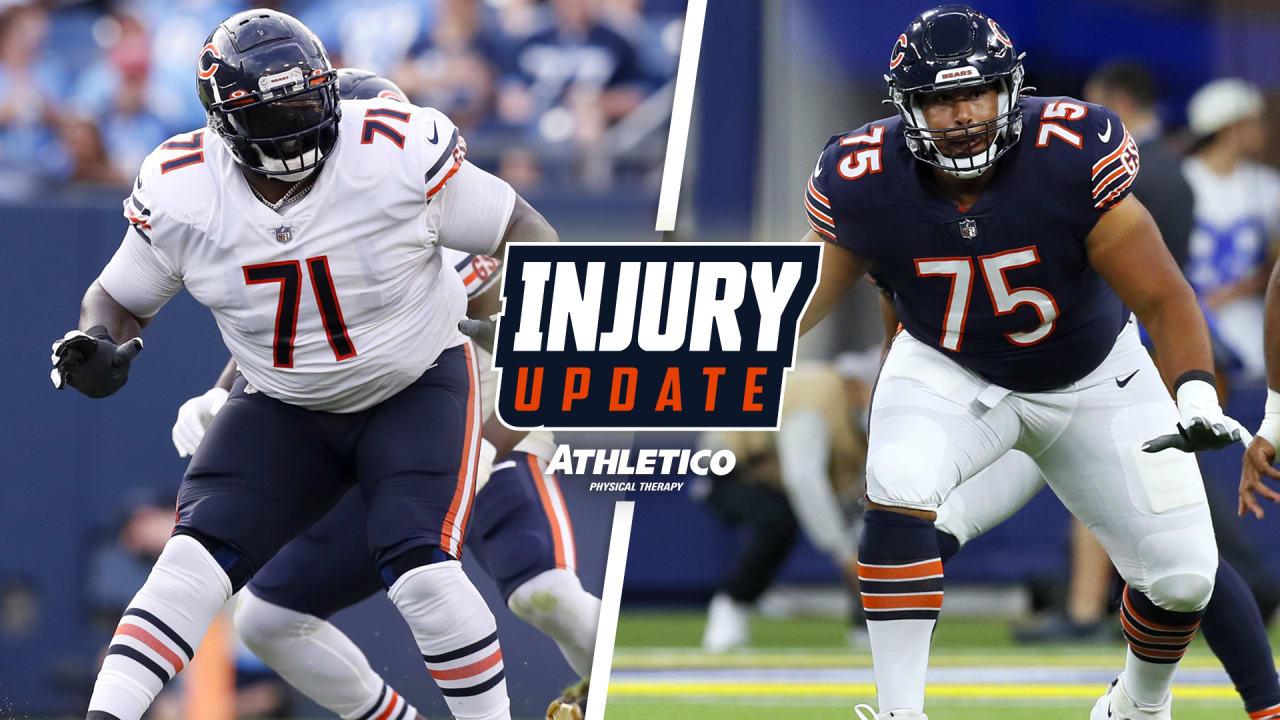 Coach Matt Nagy hopes that Peters will be able to start against the Bengals, saying Friday: “We feel pretty good with him.”

Asked if Borom could be placed on injured reserve, which would sideline him for at least three weeks, Nagy said: “We’re working through all that right now. We’ll kind of know more here in the next couple days.”

With injuries to Peters, Borom and second-round pick ﻿Teven Jenkins﻿, the Bears have had to deal with a revolving door at left tackle. Three different players lined up at the position against the Rams, with veteran ﻿Elijah Wilkinson﻿ closing the game. But Nagy knows that it could be worse.

“It’s a part of football,” Nagy said. “Some people are losing guys for a whole season. You see other teams that have that. We lost [Peters] for a little bit in that game last week. But I think he’s had a good week and we feel good there. We just have to continue with that depth.

“[Wilkinson] is ready to go. That’s just a part of it. Having depth, that’s one of the deals coming into this thing, we have depth there. When you have injuries go down, you have to be able to protect yourself. I think we’ve done that.”

On the other side of the ball, nose tackle ﻿Eddie Goldman﻿ was listed as doubtful for Sunday’s game with a knee injury that kept him from practicing Thursday and Friday. The veteran lineman is expected to miss his second straight contest with an injury he sustained in practice on Labor Day.

“With Eddie, it’s close, but right now we’re putting him on [the injury report] as doubtful,” Nagy said. “There’s still a chance, but it’s probably slim. He’s literally going to be a day-to-day guy. You might have a good day one day and he might have a bad day the next day. That’s kind of where he’s at.”