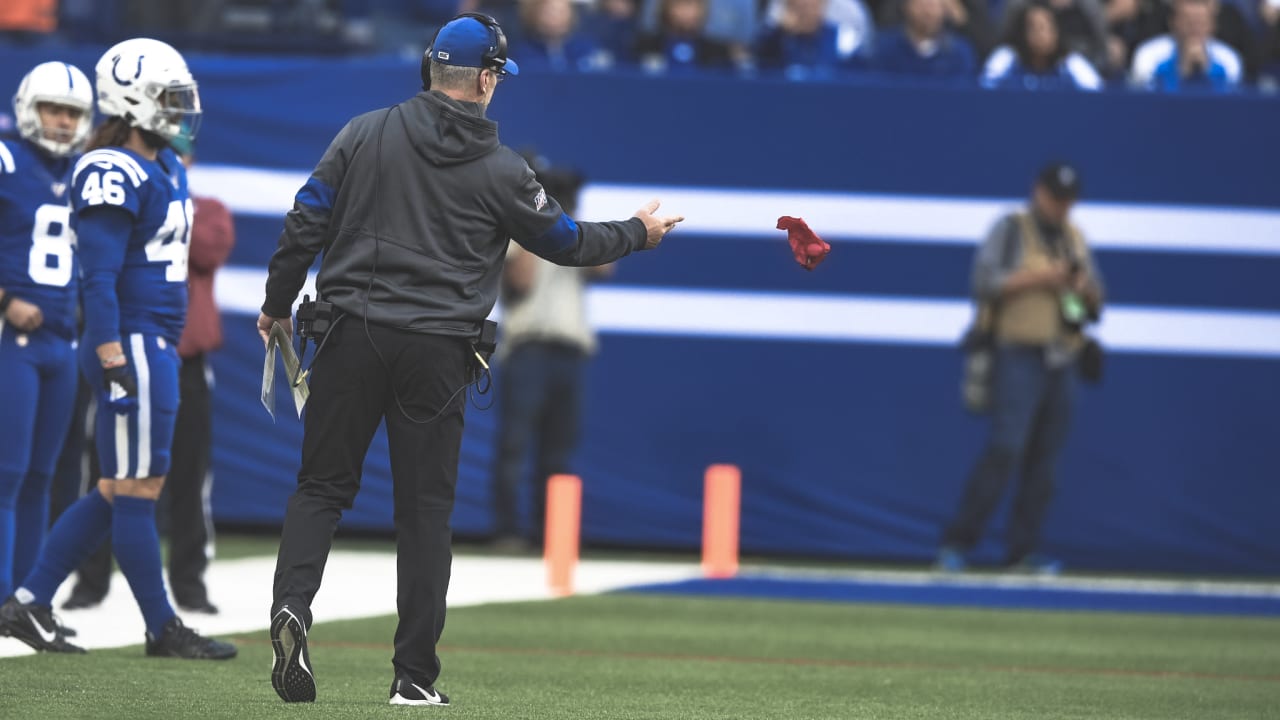 » WIN UGLY: The Colts are no stranger to close games this season, and just about each contest so far has taken on a different theme. On Sunday, however, the team learned how to “win ugly.” While the Broncos (2-6) have had their struggles on offense this season, their defense has been among the best in the league, and they showed exactly why against the Colts, who had just one offensive chance inside the red zone and converted just 4-of-12 of their chances on third down. Other ugly factors for Indy on Sunday: it committed 10 penalties for 103 yards, and Vinatieri missed two kicks — a field goal on the opening drive, and an extra point on the team’s only touchdown that would’ve tied the game at 13 in the third quarter. But all you can ask for at the end of the game is a shot at a win, and the Colts took advantage of their shot, becoming the first team since the 1970 NFL-AFL merger to start a season with a 5-2 record and have all games decided by seven points or fewer, according to FOX59/CBS4’s Mike Chappell. “When it gets close like that the team just gets closer. Sometimes some teams start to grow away. This team gets closer and closer. We get tighter as the game goes,” Colts linebacker Darius Leonard said. “We knew that the defense had to stop their offense — and go out there and put it in Vinny’s (Adam Vinatieri’s) hands. We have the greatest of all-time right there. We believe in him.”

» DEFENSIVE STRUGGLE: The Broncos’ defense was as-advertised, but the Colts’ defense certainly stepped up in a big way on Sunday, too. The Broncos converted just 2-of-12 (17 percent) of their tries on third down and were held to 174 yards passing, but perhaps most importantly, Indy would limit Denver to field goals on two of its three trips to the red zone, as well as 1-of-2 goal-to-goal situations — continuing a theme from last week’s victory over the Houston Texans. Statistically, the Colts had 3.0 sacks, 6.0 tackles for loss and forced one fumble. “We came together as a unit, and we just kept fighting,” said defensive end Al-Quadin Muhammad, who finished with three tackles (one for a loss) on Sunday. “When you’re in a tough game like this and when things ain’t going your way, that’s all you can do. All you can do it come together and keep fighting — that’s what we did, and we came out on top.”

» SHORT MEMORY: Vinatieri had a roller-coaster of a day on Sunday, starting with a missed field goal attempt from 45 yards out on the Colts’ opening drive of the ballgame. He’d then connect on field goals of 55 yards (tying for the second-longest make of his career) and 45 yards — but then he had that aforementioned miss on the potential game-tying extra point at the 2:26 mark of the third quarter, allowing the Broncos to maintain a 13-12 lead. But Reich never lost faith in his veteran kicker, and knew that on the Colts’ final drive of the game, once they got within range of a 50 to 55-yard game-winning field goal, there was no need to try to do anything fancy. The Colts got as close as the Denver 33-yard line before bringing on Vinatieri to attempt the game winner from 51 yards out. And he absolutely nailed it. “I knew that was money for Adam. I have all the confidence in the world that he was going to make that. Even after he missed the extra point, he came running off, and I don’t know if he heard me or not, but I said, ‘Hey, don’t worry about it. Shake that one off, because you’re gonna win this game for us,” Reich said. “We had a shot to win it, and that’s all we wanted there at the end, and had all the confidence in the world in Adam.”