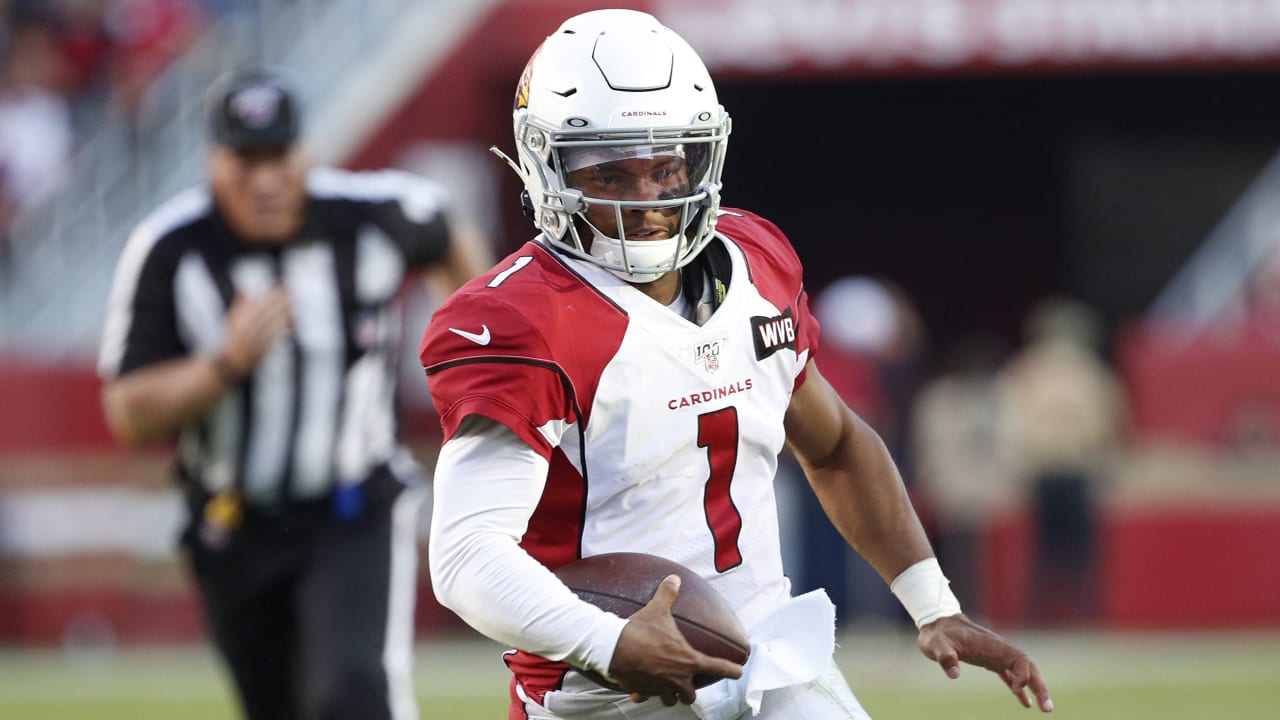 As anyone who watched “Monday Night Football” can attest, the Ravens are a juggernaut right now.

Lamar Jackson is the front-runner for MVP, using his arm and legs to captain an offense perfectly tailored to his strengths.

That, of course, is no accident. The second-year quarterback is the most dynamic rushing threat at the position since Michael Vick, and Baltimore purposefully added pieces around him this offseason to make the most of it.

“I give a lot of credit to that organization and (coach John) Harbaugh,” Cardinals coach Kliff Kingsbury said. “It takes a lot of guts to go all-in like they have with him. They’re reaping the rewards right now. He’s playing at a phenomenal level.”

The Ravens did not force Jackson to adjust to their system, and the Cardinals are following a similar blueprint with Kyler Murray. The offense has already been tailored to the rookie quarterback, and Kingsbury said personnel decisions this offseason will be made with Murray’s skillset in mind.

“You see that it took Baltimore a year to kind of figure that out: What does Lamar do the best, and what type of pieces do we bring in?” Kingsbury said. “We’re going to build this thing around Kyler, (what) fits him the best and can maximize his talents as a quarterback.”

The schematic evolution started early. When Murray was drafted with the No. 1 overall pick, Kingsbury fused his play-calling terminology with the verbiage from Murray’s alma mater, Oklahoma. Kingsbury also asked Murray about any on-field preferences and worked to incorporate them.

“It’s helpful for him to adjust it towards me and what we’re going to do in this offense, like you see with the Ravens helping Lamar out and a lot of other guys that can move around in the league,” Murray said. “You kind of have to build it that way if you a have a quarterback that can move.”

Murray is only 22 years old and very early in his NFL career, but Kingsbury plans to meet with him after the season and ask about personnel preferences.

“When Kyler will talk to me, I like to get that information out of him,” Kingsbury said. “I think for a 16-game sample size, I can get a good feel for who we can be around him and what he does best. I do think we’ll have great dialogue this offseason. ‘How do we need to adjust, and what do we need to tweak?’ It’s been an ongoing process week-in and week-out with that.”