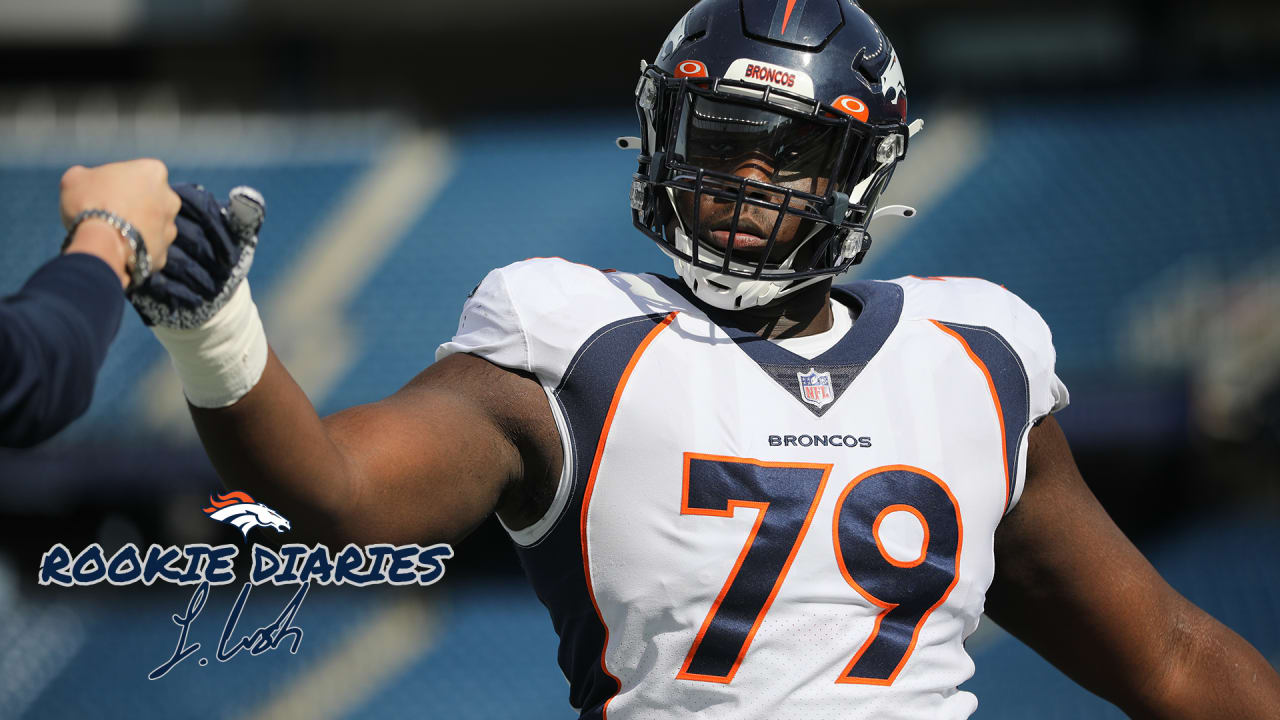 In this year’s edition of “Rookie Diaries,” third-round pick Lloyd Cushenberry III offers us a first-person look at his rookie season in Denver. During the inevitable ups and downs of his first year with the Broncos, Cushenberry has reflected on big moments, defining plays and his growth as a player and person.

In this final installment, Cushenberry takes a look back at what he learned during his rookie season — and what is still on the horizon.

My rookie season definitely was a blur. It went by so fast. I just saw a picture from draft night of me and my family, and it felt like just yesterday that everything was just starting. Now one season is already done. It went by fast. I’m blessed that I came out healthy and with no major injuries. Obviously it was a disappointing year, but we’re going to be better.

It meant a lot to me to play every snap. I didn’t realize it until somebody mentioned it to me, but it’s a blessing to come out healthy and be out there every single snap. Being out there all the time, you’re bound to get better. That’s one thing I’ve tried to do this entire year is just continue to get better. To gain this experience going into next year, it’s going to be big for me. It means a lot to me that I played every single snap. It’s something I take pride in. Even in practice, I try not to miss a rep. I’ve been out there every snap in practice and in games. It’s definitely a blessing.

When I look back at the year, I started to gain confidence around the New England game, and then moving forward, in the later part of the season, I thought I played my best game the second time we played Kansas City on the road. We were disappointed we didn’t win the game, but I thought we were out there playing physical and fast. That’s when I realized I could do this on a consistent basis, and I tried to make it a habit. It started with the New England game and then against Kansas City the second time we played them, it was a real turning point for me to tell myself that I could play with the best of the best.

When you realize that, it’s a little bit of both excitement and motivation. After you get that taste, you just want to continue to get better. That was my approach every day in going to practice, going to workouts. I just wanted to get better and show that I could play at this level. I haven’t been as consistent as I’d like, but just reaching for that goal of consistency and playing fast and physical and making plays, that’s what I work for. That’s what I play for. That’s what I’ll continue to work for this offseason. It wasn’t a good year by any means, but it’s something to look forward to and get excited about. I can do this thing, and we’ve got good things ahead of us.

The biggest challenge for me this season was adapting to the physicality. Mentally, I feel like, even from Day 1 — not to say I was 100 percent there mentally — but the mental part of the game never was a problem for me. I spent a lot of time on film study and doing things on my own to prepare. It’s just more physical and technique-wise. Every year you want to get stronger as an O-lineman. We’re going against big, fast D-linemen all the time, so we want to get stronger. Really, this offseason will be about just getting that technique down and overall just working on my body, changing my diet.

As a line, I think we can be great. We have a good mix of young guys and veterans. Guys stepped up. We’ve got a Hall of Fame coach in [Offensive Line] Coach [Mike] Munchak, and [Assistant OL] Coach [Chris] Kuper is there helping us out. I feel like we can be a great line for years to come. In my opinion, in order for us to get to that level, I have to take a step forward. I have to take a big leap from Year 1 to Year 2, and that’s what I plan on doing. I have a lot of confidence in myself. I know I’m going to work my butt off. I’m more motivated than ever after this season to get this thing turned around. I feel like I can take a big leap. I’m just going to put my head down and work and not do too much talking about it and just do it.

Looking ahead, I can’t wait to hopefully play in front of fans next year. I never realized it until I had to play without fans that it’s a big deal. Just the momentum and the energy when you come out to fans booing you or cheering you, it definitely gives you a boost. I can’t wait to get back to that. I’ve heard from players and people around that building that our fans are crazy at home, so I can’t wait to get that going next year.

In all, my rookie season was a huge sacrifice. A lot of things went into this year to make it continue to roll. A lot of people played a big part — from the COVID testers every day to everyone in the building, the janitors, and everyone cleaning up behind us. It was a weird year. Everyone had to make sacrifices, but hopefully next year we can get back to normal — at least a little bit — and move on from 2020.