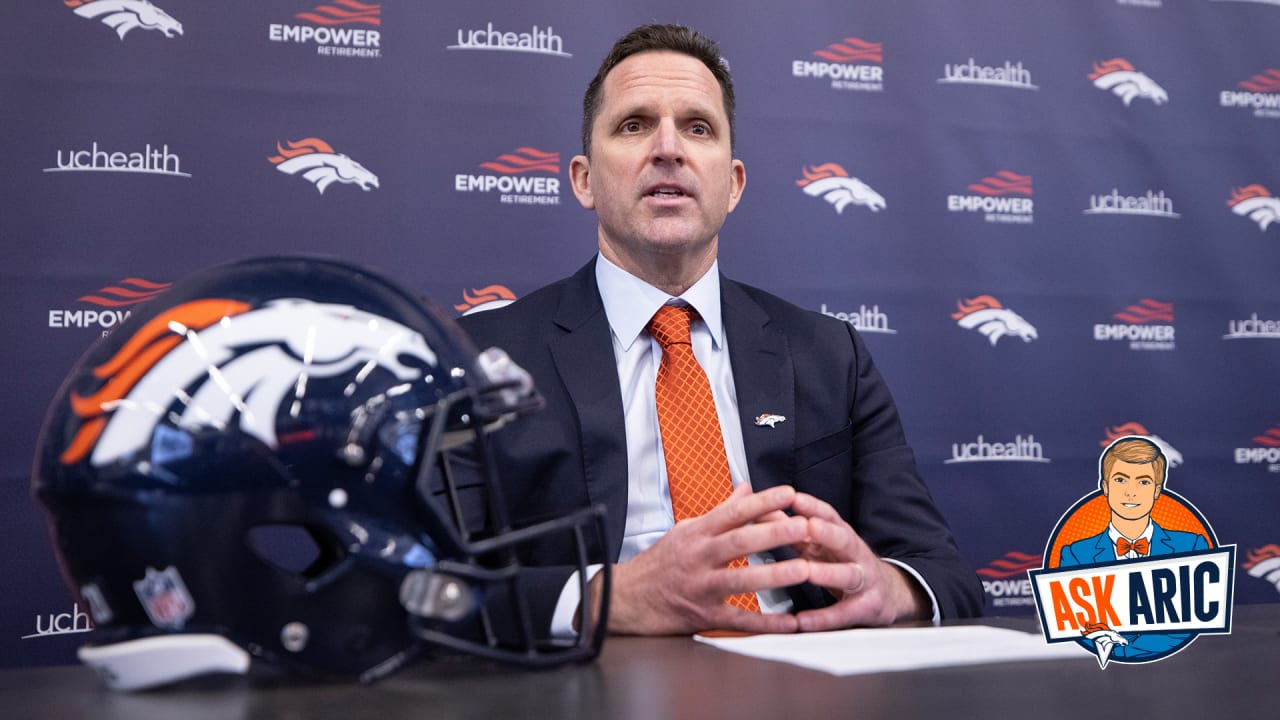 ENGLEWOOD, Colo. — As George Paton begins his tenure as the Broncos’ general manager, we’ve turned our attention to the offseason ahead.

There are several big decisions awaiting Paton — including at the game’s most important position — and that’s where many of our questions are focused.

We’ll take a look at the QB position, the Broncos’ potential draft options, how analytics could shape Paton’s tenure and more.

To submit a question for a future mailbag, please click here.

Are the Broncos planning on moving on from Drew Lock? I’m one of his biggest fans! – John K.

John, it’s hard to project in January where the Broncos will head at quarterback in 2021. In his introductory press conference, Paton said he’s seen on tape that Lock is “talented and he can develop,” but he said it was too soon to comment on whether Lock was the quarterback of the future. If I were handicapping the race, I think Lock is still the favorite to start Week 1, because he’s already on the roster and knows the team’s system. It’s quite possible that after reviewing Lock’s film, Paton decides that Lock is the right quarterback to lead this team. If Lock can minimize his turnovers, he certainly has the talent to be that guy. Even if the Broncos choose to select a quarterback in the 2021 NFL Draft, it’s still more probable than not that Lock would remain on the roster and potentially be the Week 1 starter. If the Broncos acquire a big-name player in free agency or via a trade, I’d assume in that situation that Lock would no longer be the Week 1 starter. Right now, though, that’s all speculative. We don’t know which quarterbacks will truly be available via a trade, what options the Broncos will have with the ninth-overall pick or what Paton thinks of Lock. I know it’s difficult to have so much unknown around the game’s most important position, but for now, we wait.

Do you think the Broncos would be better off with a different OC? – John N.

John, making a change for the sake of change would only set the team back, in my opinion. We don’t know what this offseason will look like, but if the offseason program is virtual again, it wouldn’t help anyone on the roster to install a new offense. The biggest focus has been on Lock and the way he will benefit from a second season under Pat Shurmur, but you’ve got to consider the rest of the roster, too. Jerry Jeudy and KJ Hamler just completed their first year in Shurmur’s system. Do we want them to start over? What about Noah Fant and Courtland Sutton, who would have to learn yet another scheme?There’s great benefit to continuity — and it could lead to the flashes of success lasting longer. When the team avoided turnovers, the Broncos had games where they were highly effective at scoring points, converting on third down and succeeding in the red zone. I fully expect the Broncos’ offense to improve in Year 2 under Shurmur.

Who do you think the Broncos should take with their first-round pick? – Marcus M.

Marcus, I’d imagine things will change greatly over the coming months depending on what the Broncos do in free agency, but Alabama cornerback Patrick Surtain II, Virginia Tech cornerback Caleb Farley and Penn State linebacker Micah Parsons are all players that catch my eye initially. Surtain and Farley have No. 1 cornerback potential and could pair well with Michael Ojemudia, depending on the decision the Broncos make regarding A.J. Bouye in light of his suspension. NFL Network’s Daniel Jeremiah slotted Farley to the Broncos in a recent mock draft. Parsons, meanwhile, could give the Broncos another playmaker in the center of their defense. Regardless, I’d expect the Broncos would add some youth to their defense after giving a boost to the offense in 2020.

What are the priorities for the upcoming draft? – Jim W.

Jim, as I alluded to above, I think it’s key that the Broncos add talent at all levels of the defense. Depending on Paton’s choices in free agency, the Broncos could need to add players on the defensive line, at outside linebacker, inside linebacker, cornerback and safety. I could see the Broncos focusing on any of those first four positions in the first round and go heavy on the defensive side of the ball early in the draft. Of course, this all comes with the caveat that the Broncos’ strategy could change significantly if Paton and the Broncos’ front office decide one of the quarterback prospects is worth drafting, especially if they need to trade up to get him.

Is Mr. Paton committed to giving Philip Lindsay more involvement in the offense, especially the passing game, or does he think Lindsay is better fit elsewhere? – Greg B.

Greg, Paton hasn’t been asked yet about Phillip Lindsay, but that will be one of the big decisions he makes early in his tenure. Lindsay is a restricted free agent, so he would need to be tendered at either a first-, second- or late-round level. Melvin Gordon III’s potential impending suspension could impact the Broncos’ plans at running back, so it’s definitely a position to monitor. Running back could be another position the Broncos look to in the draft.

How much will analytics/data science be a part of the way Paton builds a team? – Gabe A.

Gabe, Paton was instrumental in helping the Vikings build their analytics department, and I’d imagine it’s an area of the Broncos’ front office that Paton will evaluate and bulk up if needed. Based on his introductory press conference, Paton seems like someone who relies on analytics to provide an added edge in both the evaluation process and in-game.