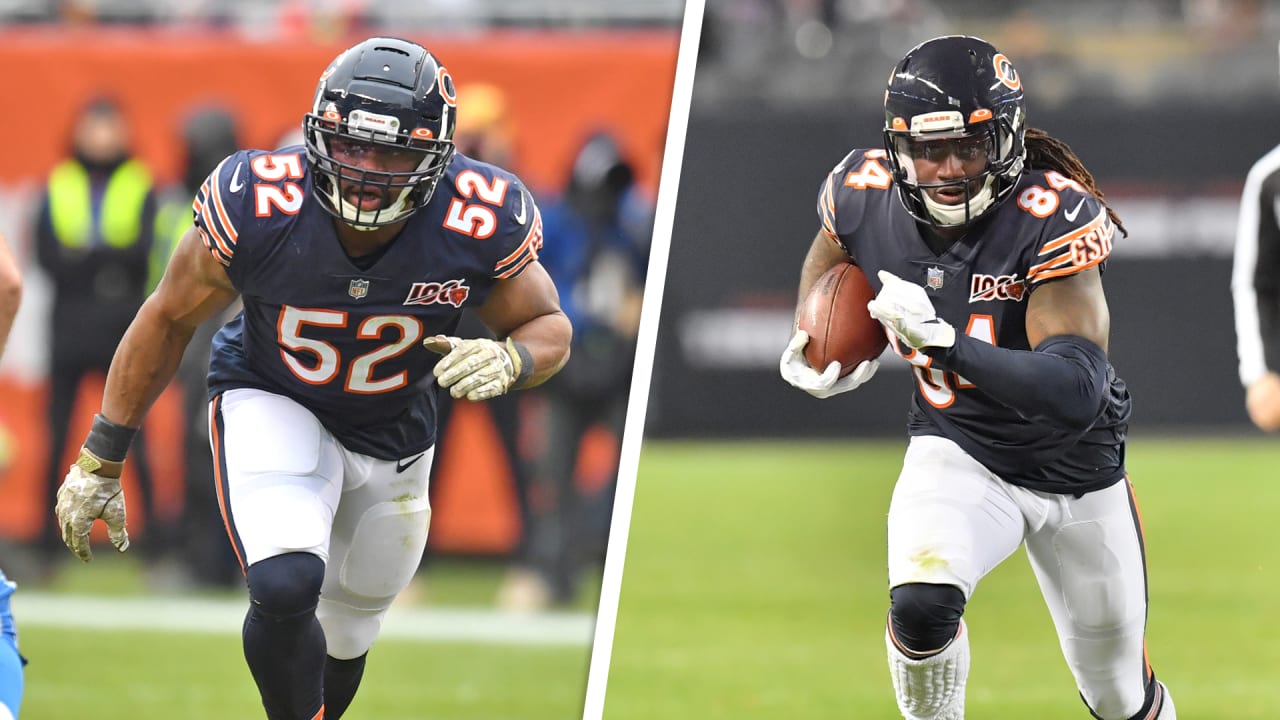 Mack continued to dominate after being acquired by the Bears in a blockbuster trade with the Raiders on Sept. 1, 2018. He made an immediate impact in the season opener against the Packers, becoming the first player in NFL history to produce a sack, interception, touchdown, forced fumble and fumble recovery in one half.

Last year Mack was voted first-team All-Pro after leading the Bears with 12.5 sacks, a career-high six forced fumbles and 18 quarterback hits. He also ranked second on the team with 10 tackles-for-loss.

Mack was named the NFC defensive player of the month for September after registering five sacks, four forced fumbles and returning an interception 27 yards for a touchdown in the season opener against the Packers.

This season Mack leads the Bears with 7.5 sacks, seven tackles-for-loss, 13 quarterback hits and five forced fumbles while also recording four pass breakups and one fumble recovery. His 56.5 sacks since 2015 are the third most in the NFL behind the Cardinals’ Chandler Jones (68.5) and the Rams’ Aaron Donald (61.5).

Patterson, meanwhile, ranks second in NFL history with a 29.9-yard average on 203 kickoff returns and is third on the league’s all-time list with seven kickoff return touchdowns, one behind co-leaders Josh Cribbs and Leon Washington.

In his first year with the Bears, Patterson has been voted to his third Pro Bowl in seven NFL seasons. He ranks second in the NFL with a 29.6-yard average on 27 kickoff returns, including a 102-yard touchdown against the Saints, and has also made several impact plays as a gunner on the punt-coverage team.

Patterson was named the NFC special teams player of the month for November. In five games, he averaged 29.4 yards on 10 kickoff returns, highlighted by a 57-yarder on the opening kickoff in a 24-20 win over the Lions on Thanksgiving in Detroit.

Last season the Bears ranked last in the NFL in kickoff returns with a 19.1-yard average.

Patterson was voted first-team All-Pro and selected to the Pro Bowl as a return specialist with the Vikings both as a rookie and again in 2016.