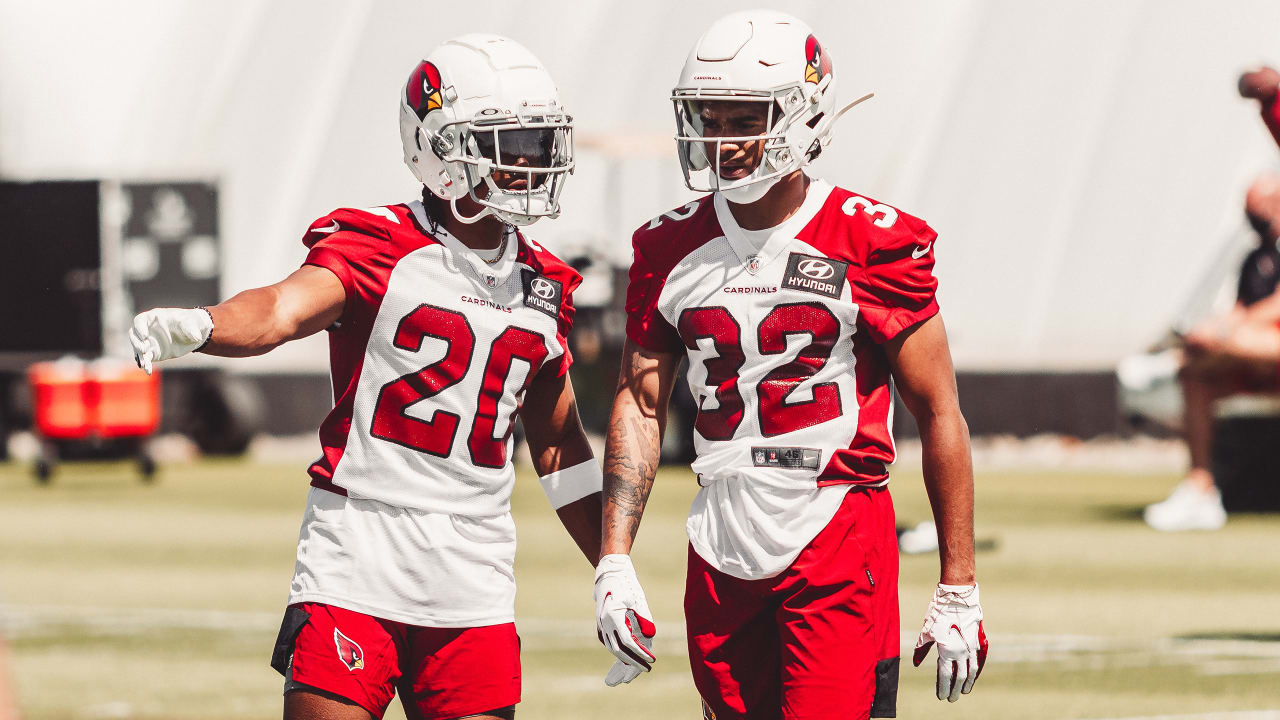 Even though it’s been a few years since they have worked together, Bell remains one of Wilson’s biggest cheerleaders. He recently spoke with Cardinals cornerbacks coach Greg Williams and advocated strongly for his former pupil.

“I think he’s getting a phenomenal player,” Bell said. “He will improve on his inconsistencies, without a doubt. He’s ultra-competitive. He wants to be great. It’s not about proving anyone else wrong. It’s about proving himself correct about his ability and what he’s trying to get done. I have no doubts about that. He’ll do that.”

The Cardinals could use long-term answers at cornerback – projected starters Malcolm Butler and Robert Alford are on one-year contracts – and Wilson hopes to refine his game enough to be a consideration.

“I feel like I can come in and make an impact while learning a lot from those guys who are already there,” Wilson said.

The ever-confident Gowan is even more steadfast that he and Wilson can make names for themselves.

“He’s definitely a first-round talent,” Gowan said. “I think the Cardinals got two great DBs. We’re going to live up to all the hype.”

The Cardinals believe in Wilson, who has experience playing both outside cornerback and in the slot. When asked an open-ended question about the biggest steal of the draft, both coach Kliff Kingsbury and General Manager Steve Keim chose Wilson.

“His athleticism, his workout, what we think of him as a staff and as a personnel department — he’s a big-time talent to get where we got him,” Kingsbury said.

The knocks on Wilson are his up-and-down play at Florida and, of course, the shoe toss. He famously chucked an LSU player’s cleat in the fourth quarter of a tie game last season, resulting in a penalty and a first down instead of a punt.

The Tigers kicked a game-winning field goal on the drive, and criticism cascaded down on Wilson for losing his cool in a critical moment. Bell watched the incident from afar and knows it left a mark that will be hard to erase.

“From a social media standpoint, it probably won’t ever allow him to forget it,” Bell said. “But that’s just something he has to deal with, and he’ll deal with it as a man. He approached it as a man and I have a ton of respect for him. All we can do is allow him to grow, and I think he’s going to grow up from it.”

If Wilson can develop with the Cardinals, he has enough ability to make the infamous mental error an afterthought.

“When you look at the big picture, the guy has got such a high ceiling and yet has a pretty high floor as well,” said Keim, who traded up into the fourth round to select Wilson. “I think he’s going to be a really good player, and for him to fail with those athletic traits and his passion for the game, I think when you look at the risk to reward, I think it’s pretty high.”

Tags: he his wilson