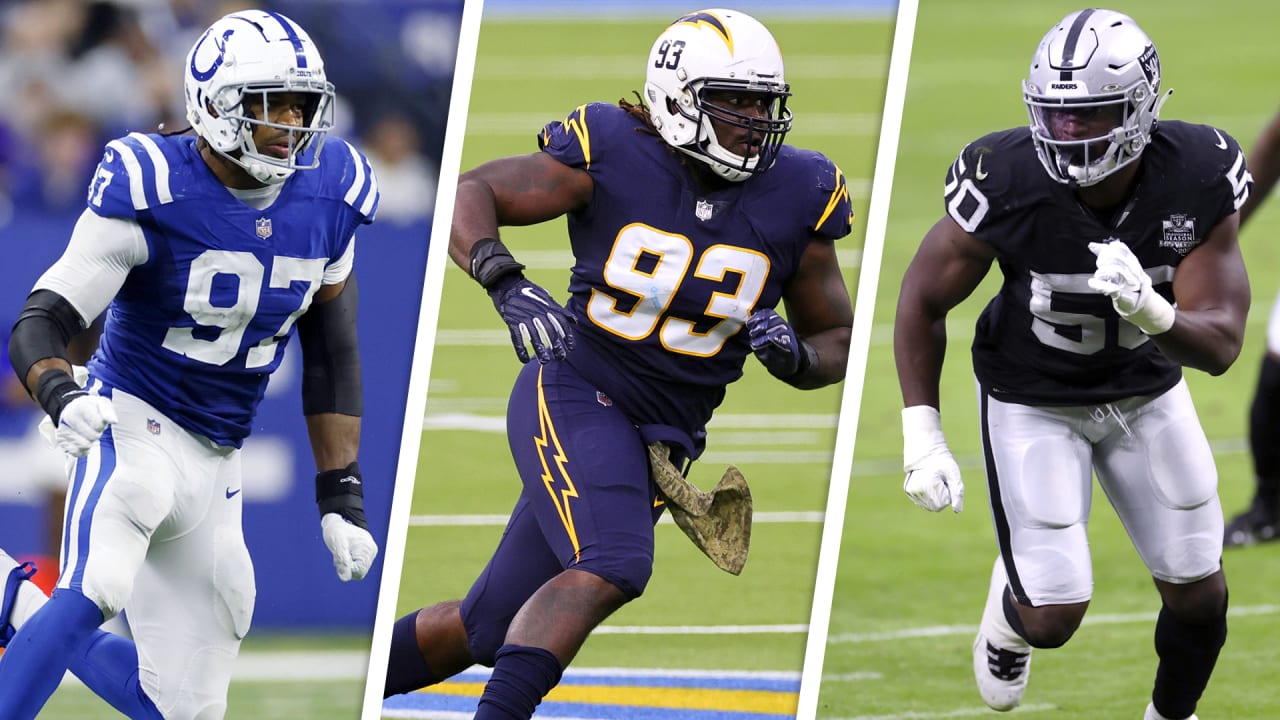 Jones told reporters a couple weeks ago that he was going to sign with the Colts before receiving a phone call from Eberflus, who convinced him to join the Bears.

Asked how he was able to sway Jones, Eberflus said: “You look at what the man can do physically and how he fits into your defense, and you just talk to him about that. I think he was excited when we talked about that. I go back to my college recruiting days of 18 years or 17 years, whatever it was. I was excited for him because it’s a good fit.”

Jones was selected by the Chargers in the third round of the 2018 draft out of North Carolina State. He played in 51 games with 35 starts the past four seasons, recording 63 tackles, 4.5 sacks, 12 tackles-for-loss, two pass breakups, two fumble recoveries and one forced fumble.

After appearing in 15 games as a rookie in 2018, all as a reserve, Jones opened 35 of the 36 games he played over the past three seasons. Last year the 6-3, 309-pounder established career highs with 37 tackles and 3.0 sacks and matched a career high with five tackles-for-loss.

Eberflus is eager to begin working with Morrow, who signed with the Bears March 18.

The 6-foot, 225-pounder spent his first five NFL seasons with the Raiders, originally signing in 2017 as an undrafted free agent from Greenville University, which is located in southern Illinois about 50 miles east of St. Louis.

Morrow returns after missing all of last season with an ankle injury. Hurt in a joint training camp workout with the Rams, he returned to practice prior to the Raiders’ wild-card loss to the Bengals but did not play in the game.

“His résumé is the tape,” Eberflus said. “Worker. Prepares. Very smart. You can see the athleticism on tape, his ability to cover in space. He can cover a lot of ground, cover tight ends, cover backs. So he’s an exciting piece to add.”

Tags: he tackles was