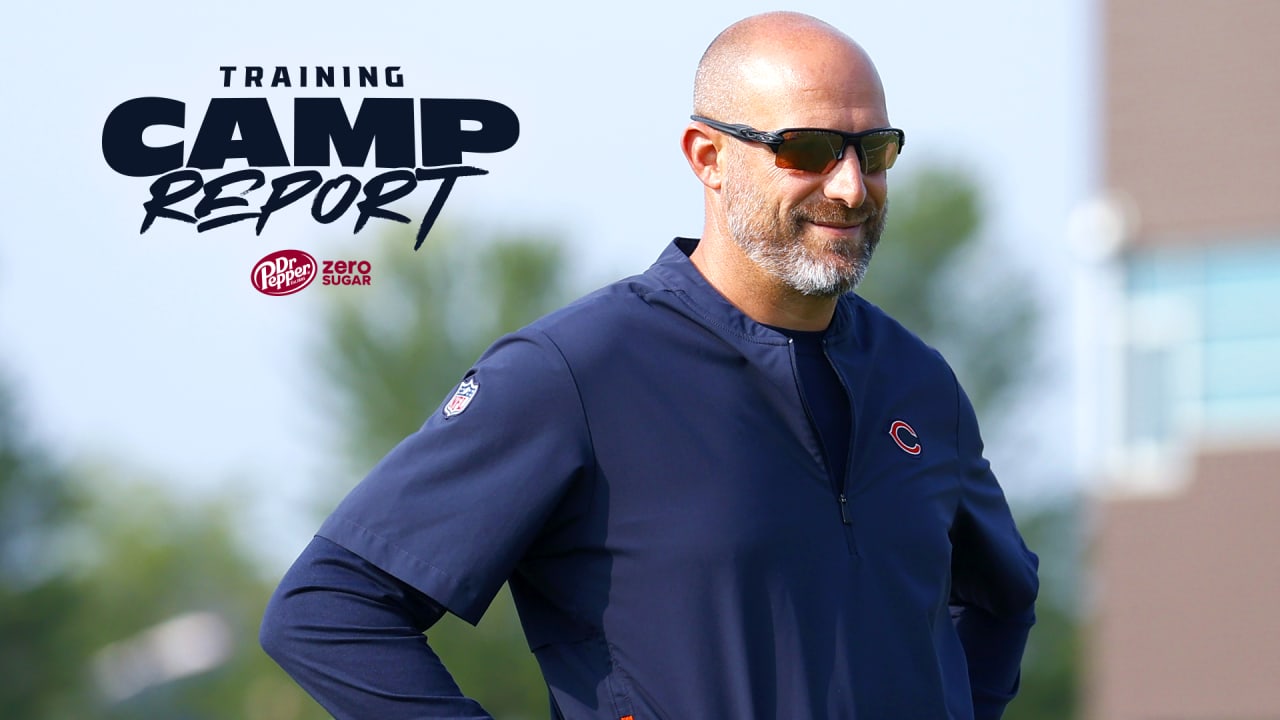 After traveling to Nashville Friday for Saturday night’s preseason finale against the Tennessee Titans, Bears players will be off Sunday before returning to Halas Hall Monday. On Tuesday, NFL teams are required to reduce their rosters to the mandatory 53-man limit by 3 p.m. (CT), which means the Bears must cut 27 players.

With the NFL eliminating the fourth preseason weekend (while adding a 17th regular season game), this year is the first time that final cuts will occur in the middle of a practice week.

“You have to be cognizant of the players that are still on your roster going into that Monday, and then Tuesday you have practice squad guys that aren’t in the building,” Nagy said. “So, you have to manipulate your schedule to know you don’t have a lot of guys.

Next week, the Bears will also begin game-planning for their Sept. 12 regular-season opener against the Rams in Los Angeles.

“It’ll be tons of meetings,” Nagy said. “It’ll be a lot of walk-throughs, depending on where they’re at physically. We want to be smart here. We’ve got to make sure that whatever we’re doing is conditioning because you can’t lose that conditioning … Conditioning is big. Like, stay in shape, be conditioned.

“But then there’s always this, it always happens is you have that extra week, and you hear some coaches talk about prepping for the Super Bowl, and they talk about what? Putting in too much stuff, right? So, you have to be careful of everything you do is so crazy on putting so much in, it’s paralysis by analysis. There’s a balance of that, too. We want to make sure we’re cognizant of that and focus on us, too, not just the Rams.”