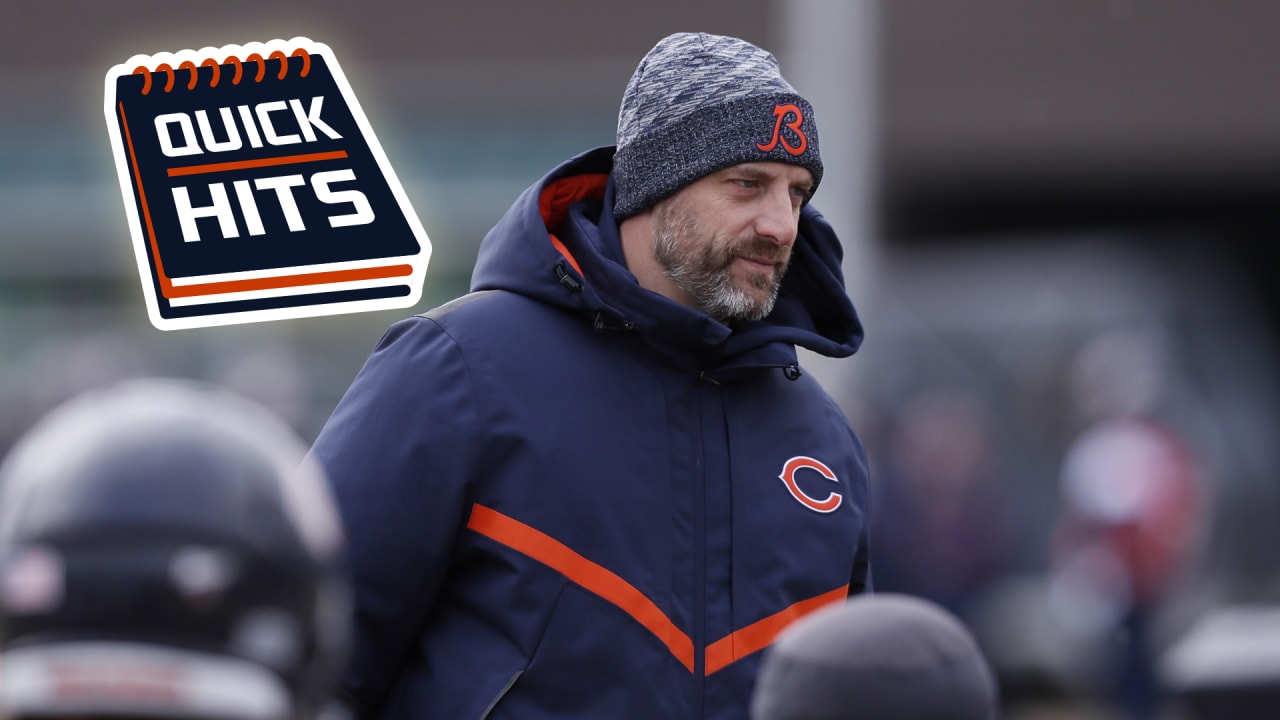 With the Bears set to play their second game since being eliminated from playoff contention, Nagy is in an unusual situation. In five seasons in Kansas City, he never coached in a game in which the Chiefs weren’t alive for a postseason berth.

During his tenure from 2013-17, Kansas City earned wild card berths in 2013 and 2015 and won AFC West titles in 2016 and 2017. The only year the Chiefs failed to make the playoffs was in 2014 when they were eliminated on the final day of the season. They beat the Chargers but didn’t receive the help they needed from other teams.

Plain and simple: After Sunday’s game in Minnesota, Nagy will begin the long and thorough process of evaluating the 2019 season. Given his background and expertise, he not surprisingly will concentrate on studying an offense that failed to perform up to expectations.

“It’s very obvious that the offensive side of the ball is something that is going to be very, very important to me to get right,” Nagy said. “It’s plain and simple.”

Nagy said that he speaks with general manager Ryan Pace several times a day, something that obviously will continue as they review a disappointing 2019 season.

“In my very first interaction with Ryan, with George [McCaskey] and with Ted [Phillips], I felt that between all of us we were all able to have honest conversations and be real. And there’s zero egos.

“So when you have that and you get into these type of situations that we’re in right now, when there’s a lot of decisions that go on because we want to look for solutions, we put all the egos aside and we have honest discussions. And we talk through everything and for what’s best for the Chicago Bears and the football team. That’s what we’re going to do.”

Good job: Nagy has been impressed with the job that Chuck Pagano has done in his first season as defensive coordinator. Pagano replaced Vic Fangio, who left the Bears to become Broncos head coach.

“I really like it,” Nagy said. “It’s not easy, No. 1. It’s never easy following up the amount of success that we had here the previous year. And with the players that are on this defense, as enticing and sexy as it was to be the next defensive coordinator here with this team, there’s also extreme responsibility and accountability to walking into that.

Under Pagano, the Bears are allowing fewer than one point per game more this season (18.6) than they did last year (17.7). They also rank a respectable eighth in the NFL in yards allowed per game (325.0) after finishing third last year at 299.7. The biggest difference is that the Bears have produced only 16 takeaways in 2019 after leading the league with 36 last year.