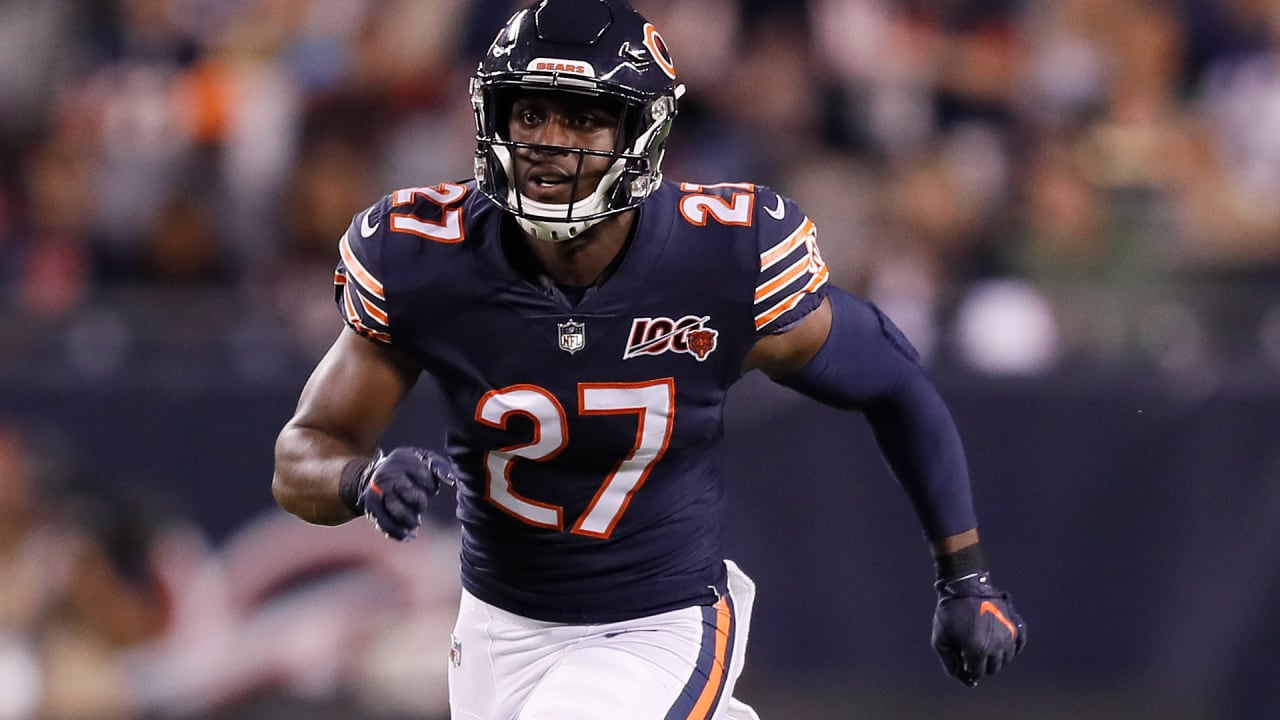 The Bears and the NFL both kicked off their centennial seasons last Thursday night at Soldier Field. But the number “100” had special significance for one player.

The contest against the rival Packers was the 100th game that defensive back and special-teams standout Sherrick McManis has played as a member of the Bears.

“It’s pretty sweet,” McManis said. “It’s pretty awesome to be able to accomplish things I have in this league, and I’m super grateful to be a part of this team this year.”

The longest tenured player on the Bears roster, McManis was acquired via a trade Aug. 31, 2012 from the Texans in exchange for fullback Tyler Clutts.

Selected by Houston in the fifth round of the 2010 draft, McManis was entering his third season with the Texans. He felt he had performed well in training camp and the preseason and was surprised to learn he had been traded.

“The cuts process was going on,” McManis said. “They told me to go upstairs, so I was like, ‘Wow.’ I couldn’t believe it. I thought I was getting cut. But they told me I was getting traded to the Chicago Bears.

“It was a bittersweet moment for me because I felt like I had played well and I was going to stay there. But I was traded and it was the best thing for me. I realized that God’s plan is always better than my plan.”

McManis immediately found his niche with the Bears, leading the team with 11 special-teams tackles in 2012. He was named NFC special-teams player of the week after blocking a punt that former Northwestern teammate Corey Wootton returned for a touchdown in a win over the Titans.

McManis has continued to excel on special teams due in large part to his mentality. He understands the importance of the third phase when so many other players don’t.

“Some people don’t embrace the opportunity to play special teams,” McManis said. “They look at it as maybe not wanting to do it or something they have to do. But for me it’s always been something that I wanted to do, I wanted to be great at.

“My mindset coming into the league was wherever I was placed, whatever position they gave me, to make sure I’m the best at it, whatever it was. Everybody may not understand it, but I do. They may not get the importance of special teams. But anytime you hit that field, it’s an opportunity to make a big play.”

McManis’ contributions aren’t restricted to the playing field. He possesses excellent intangibles and is viewed inside Halas Hall as a consummate pro and team leader.

“He’s a class person, he really cares about his craft, and guys look to him,” said special-teams coordinator Chris Tabor. “He sets a nice quiet tone for us with regards to how things should be done. He asks great questions in meetings. I think sometimes he asks questions to help out the younger guys because they don’t want to ask a question. So I do appreciate that about him and we need him to play well.”

McManis learned his leadership skills from some of the veterans he played with when he first joined the Bears, including Brian Urlacher, Lance Briggs and Charles Tillman.

“It was an honor to come in here and be coached-up by them,” McManis said. “They showed me how to be a leader, whether it was by example or just by how they treated people the same. The egos were low and they took pride in what they did.

“When I first stepped in the building, Urlacher was the first guy to introduce himself to me and welcome me to the team. He showed me a lot of love and that was pretty sweet.”

In addition to producing on special teams, McManis has shown his versatility through the years by contributing on defense, both at cornerback and nickel back. This offseason, he switched to safety.

“For me, it’s always been about having an unselfish mindset; do what I need to do to help the team,” McManis said. “Something that I kind of stuck with since I came into the league was wherever I’m placed, make sure I’m the best at it and also buy in. If you buy in, you’ll give yourself a chance to succeed.”