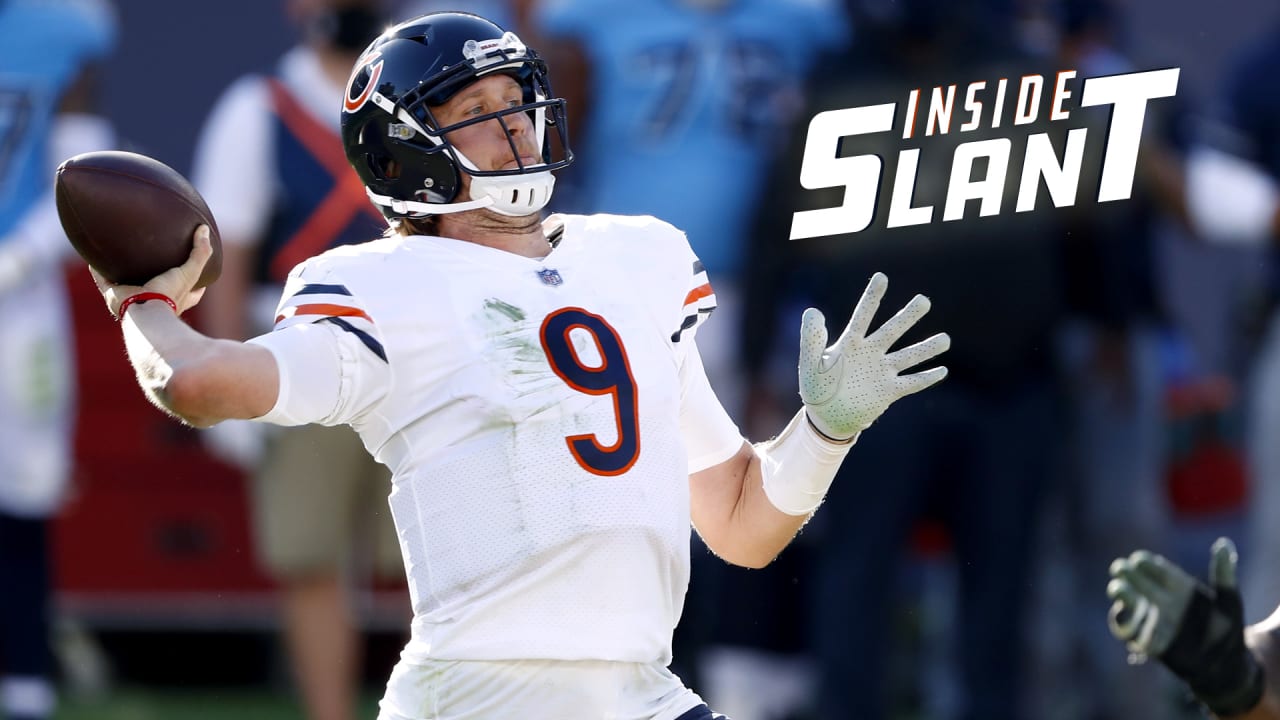 The drive stalled just as the Bears began to flirt with field-goal range, as Foles’ completed pass to Allen Robinson II on third-and-five came up just short of a first down. After the game, Robinson said that his first concern was securing the ball in tight coverage.

“It’s just one of those plays where maybe I possibly could have tried to buy a little more time in-bounds to try and be able to stretch out,” said Robinson, “but again, with that Cover-2 corner, I thought just catching the ball and stretching out, I thought I had got it, but the ref said I was a little short.”

Running back David Montgomery was stuffed on the ensuing fourth-and-1 play, causing a turnover on downs. After that, the offense regressed, gaining only 13 yards combined on the next three drives. The Bears would not convert a third-down play until halfway through the third quarter.

For his part, Foles passed for a season-high 335 yards. However, much of that production came too late to give the Bears a shot at taking the lead. Foles only took three sacks, but consistent pressure and the lack of a run game limited Foles’ ability to attack downfield.

The team’s well-documented third-quarter woes continued despite beginning with two promising drives that, just as the first drive, derailed in Titans’ territory. Coming out of halftime, consecutive false starts cost the team a chance to convert another fourth-and-1 at the Titans’ 31-yard line and forced a short punt.

Later in the quarter, on third-and-13, a screen pass to Montgomery ended in disaster when the second-year running back fumbled the ball, which was returned for a touchdown. With the Bears in a 17-0 hole, the game began to slip away.

After the game, Foles addressed the offensive struggles coming out of halftime.

“Yeah, it’s something that keeps coming up, and we have to fix that,” he said. “I don’t know what it is. It’s something we have to look at when we study the film and talk through it. But to win in this league, you have to limit those self-inflicted wounds, especially when you march down there.”

Foles believes that the team continued to fight through adversity. On the drive following the fumble return, the Bears drove down the field but found their efforts stymied in the red zone. On first-and-goal at the Titans’ 4-yard line, a called shovel-pass to Robinson was foiled when a Titans defender shoved right tackle Rashaad Coward into a crossing Robinson, leaving Foles without a target. Foles went down for a one-yard loss.

“They did a nice job of blowing back into it and sort of jamming up the play,” said Foles. “It would have been a sweet touchdown for A-Rob, and then I was just doing what I could to get the yardage back.”

With momentum lost, the Bears had to settle for a 22-yard Cairo Santos field goal. Foles reflected on the number of near-misses that swung the outcome of the game.

“You don’t want it to happen,” said Foles, “but the game goes on. It’s not like all of a sudden, ‘it’s fourth-and one, it’s happened again, let’s just stop playing’. No, you keep playing, you keep staying positive on the sideline, you keep going, you keep talking through it. That’s what this game is.”

The loss puts the offense in a difficult spot. The Bears are now 2-4 with Foles as the starting quarterback. While the three-game losing streak coincides with the Bears’ most-challenging opponents to date, the offense still has not found a rhythm with its new quarterback, save for his fourth-quarter comeback against the Falcons when he relieved former starter Mitchell Trubisky.

It may be wise to consider the circumstances leading up the game and write off the results due to a fluky loss of five starting-caliber offensive linemen, but that isn’t the approach Robinson will be taking this week.

“Unfortunately, players do get hurt and certain situations come up,” said Robinson. “But we gotta figure out how we can play our game, how we can be the best at what we do and try to maximize our opportunity. Unfortunately, we dropped three in a row. But at the end of the day, we still got a lot of football ahead of us. We still got seven games left. We gotta put our foot on the gas and keep it going.”

Mike Pettine’s role, predicting QBs who will be…