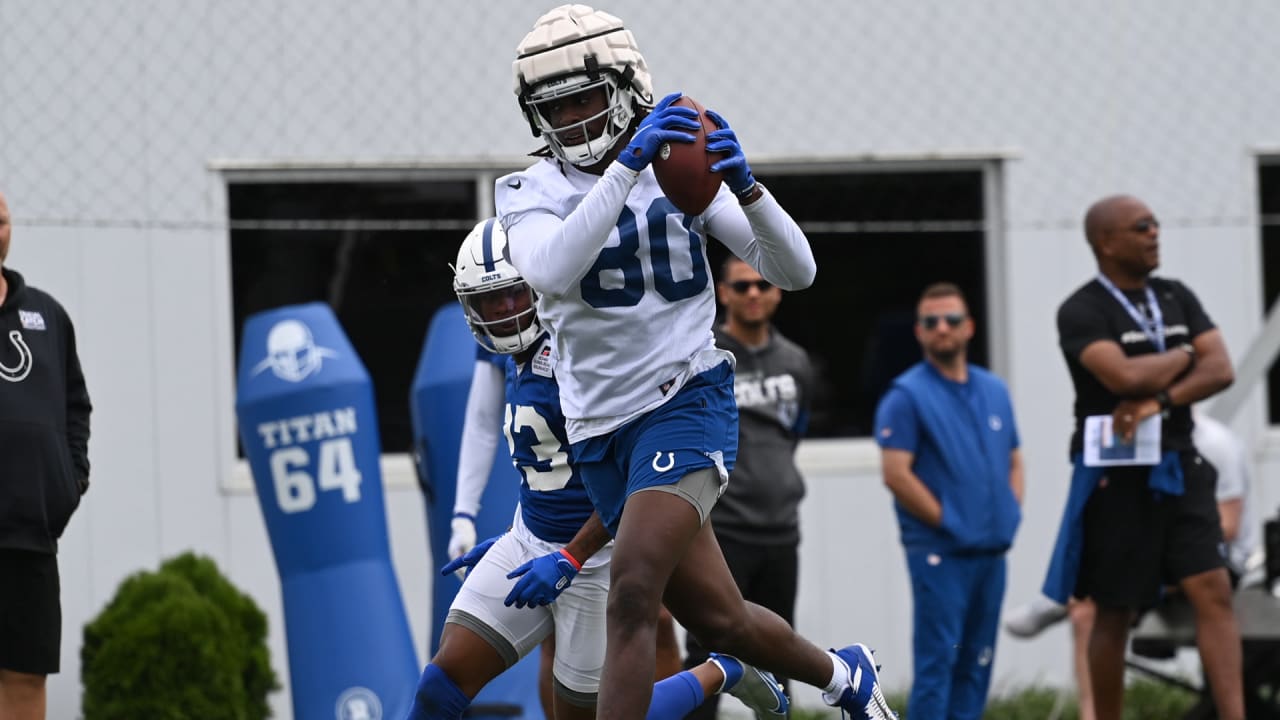 The Colts added 6-foot-7 Woods and 6-foot-5 Ogletree in the NFL Draft, injecting size, athleticism and talent into their tight end room. Woods caught 44 passes for 598 yards with eight touchdowns for Virginia in 2021; Ogletree, a converted wide receiver, finished his college career (split between D-II Findlay and FCS-level Youngstown State) with 91 passes for 1,147 yards with 10 touchdowns.

The Colts view Woods as a true “Y” (in-line) tight end, while Ogletree profiles as a “Y” but could have the flexibility to play the “F” (move) spot, too.

Kalinic, a former Canadian football standout, joined the Colts in January on a reserve/future contract.

Doyle announced his retirement in March, closing the book on a nine-year career punctuated by two Pro Bowls and a litany of impactful plays in the run and pass game.

The Cathedral High School alum ranks 14th in receptions (295), 24th in yards (2,729) and 13th in receiving touchdowns (24) in Colts history. He’s one of 53 players in franchise history to represent the Colts in multiple Pro Bowls; Doyle and Hall of Famer John Mackey are the only Colts tight ends to reach two or more Pro Bowls.

And replacing Doyle will be difficult beyond what he brought as a receiver. Doyle earned the second-highest Pro Football Focus run blocking grade among tight ends in 2021; the work he put in at the line of scrimmage was key in helping vault Jonathan Taylor to his 1,811-yard season.

Alie-Cox signed a contract extension in March and finds himself as the elder statesman of the Colts’ tight end room following Doyle’s retirement. The 28-year-old Alie-Cox caught a career high four touchdowns in 2021 and added 24 catches for 316 yards in 17 games (seven starts).

Granson, the Colts’ 2021 fourth-round pick, caught 11 of 15 targets for 106 yards as a rookie. But those numbers reflect two things: One, the steep learning curve nearly every rookie tight end has to overcome; and two, the Colts’ offensive identity being built around heavier packages in 12 personnel. Because the Colts’ offense was so run-oriented last year – with good reason – Alie-Cox and Doyle, who both play the “Y,” were often on the field together in two tight end sets.

Something head coach Frank Reich talked about earlier this offseason was a need for the Colts’ offensive identity when in 12 personnel to shift away from the Alie-Cox/Doyle combo to, potentially, Alie-Cox/Granson – meaning going from two big “Y” tight ends to a big “Y” tight end and a fast, quick “F” tight end.

So Granson’s play will be something to keep an eye on at Grand Park. From there: How will Woods and Ogletree tackle that rookie tight end learning curve? Can one or both of them flash enough to begin to carve out a larger role in the Colts’ offense this season?

The Colts will return to Grand Park Sports Complex in Westfield for training camp in 2022. Click here for a full schedule of practices open to fans. Free tickets will be required to attend, which can be obtained here. For more information on Colts 2022 Training Camp Presented By Koorsen Fire & Security, click here.

While the Colts will have to evolve without one of the league’s best run blocking tight ends in Doyle, it’s not like his retirement left the team without any accomplished blockers to pave the way for Taylor and Nyheim Hines.