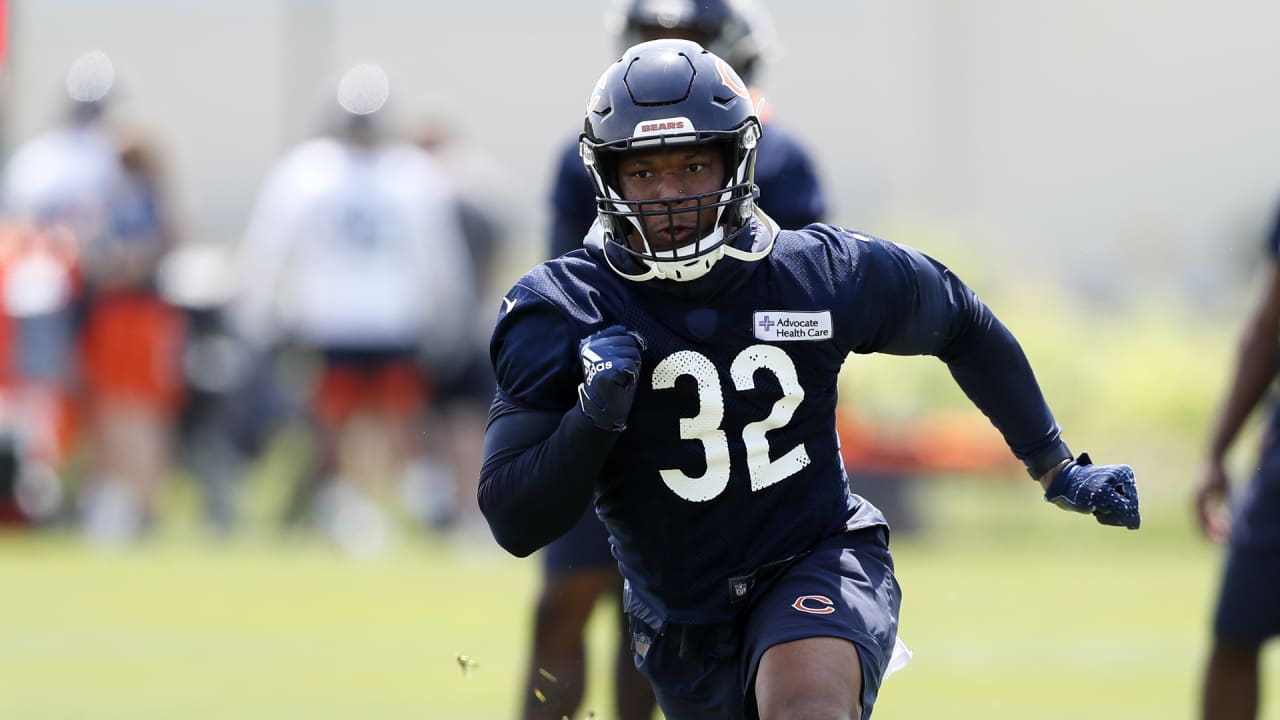 The former Iowa State star is also determined to become an even better team leader. He told reporters that he intends to “just be more vocal, be able to stand behind what I say and allow my words to carry a lot of strength when I speak, and that’s just gaining trust with everybody. Doing the right things right at all times.”

“You can’t be a half-assed leader,” Montgomery said. “You’ve got to be a full-on leader and let the guys around you know that you’re here for the greater good of the team at all times.”

Montgomery hopes to pick up in 2021 where he left off last year. In the Bears’ final six games, he rushed for 598 yards and seven touchdowns on 116 carries, more than doubling his output in his first nine contests when he ran for 472 yards and one TD on 126 attempts.

In a four-game stretch, Montgomery rushed for 434 yards and five TDs on 71 carries, the second most yards in the NFL during that span behind only Titans star Derrick Henry. Montgomery topped 100 yards in three of those four contests, highlighted by a career-high 146 yards on 32 carries in a crucial Week 15 win over the Vikings in Minnesota.

Montgomery credits the success that he and the rest of the offense enjoyed over the second half of last season to perseverance.

“What I’ve learned in the NFL being here for the two years that I’ve been here is you have a lot of ups and a lot of downs during the whole entire season,” he said. “You either stick in for the long run or you run the opposite way, and I’ve never been one for running the other way.

“The biggest thing for me that clicked I think was just the mentality for everybody. We all trusted in each other. We believed that it was going to shake and something was going to work and when the time came it did so we just kind of ran with it.”

Speaking of running with it, Montgomery has worked tirelessly on improving his breakaway speed, something that was evident last Dec. 13 when he raced 80 yards for a touchdown in a win over the Texans. It was the Bears’ longest run since Neal Anderson’s 80-yard TD Nov. 27, 1988 against the Packers.

Montgomery has continued to focus on that aspect of his game this offseason with Chris Korfist, whom Montgomery called “probably the best speed trainer in the world.”

“He’s actually teaching me how to run,” Montgomery said. “I’m 23 years old, getting ready to turn 24 here soon in a couple days. I’ve not been able to run properly the entirety of my life. Me just really not realizing how I didn’t know how to run, he’s definitely cleared that image up for me and he’s definitely helping me out a lot.”

Montgomery declined to provide the secret to increasing his speed, saying: “That’s like me giving you the recipe to my mama’s fried chicken. I can’t do that. Just know it’s working.”

Montgomery is excited to be part of a position group that has been bolstered by the return of Tarik Cohen, who missed the final 13 games last season with a torn ACL; and the signing of free agent Damien Williams, who opted out of the 2020 season due to COVID-19 after helping the Chiefs win the Super Bowl in 2019.

“I’m just here to be a great team player,” Montgomery said. “I’m just looking at it as an opportunity for us, as a room, to be very successful because we’ve got a lot of talent in that room.

“It’s exciting. I’m just ready for the next step. As far as the team and the expectations I have for it—for me and for ourselves—the ceiling is as high as it could ever be because it’s untapped. What I envision for this team, what we can be, that a lot of people don’t see for us right now, is a lot of success.”