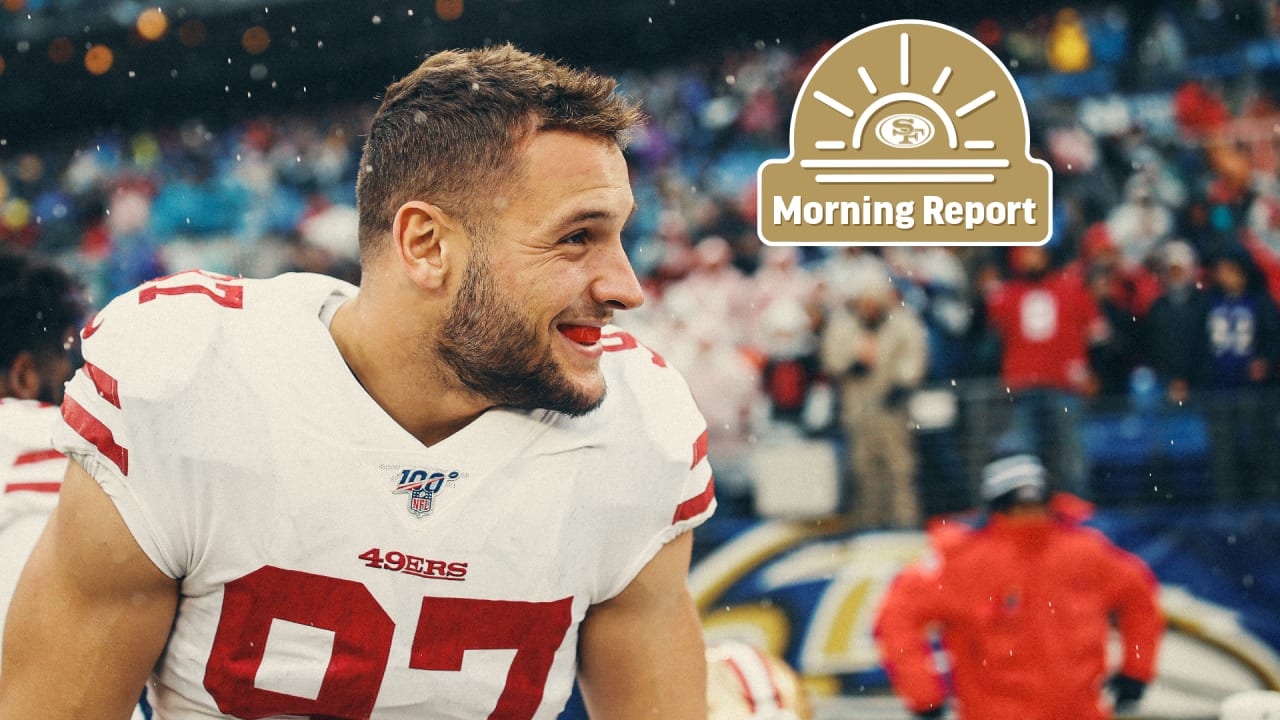 Around the NFL writer Nick Shook compiled a roster of the top players under 25 years old heading into the 2021 season. To be eligible, players must be younger than 25 years old on September 9, the day the season kicks off. Landing on the team were 49ers defensive standouts ﻿Nick Bosa﻿ and ﻿Fred Warner﻿. Here’s what Shook had to say:

Edge: ﻿Nick Bosa﻿ (Age – 23)
“Like Saquon Barkley, Bosa missed all but two games of the 2020 season with an ACL tear, but his Defensive Rookie of the Year campaign and sky-high potential still stand as a stronger case than others considered (i.e., Brian Burns). Bosa was only the second rookie to post nine or more sacks, 15-plus tackles for loss and 25-plus QB hits since 2006. The other player in that elite club? Von Miller. We expect Bosa to resume his journey in 2021 as the same problem-causing edge rusher who recorded four sacks in the postseason in 2019.”

“Warner is the premier linebacker of this age group, and frankly, it’s not all that close between him and the next player on this team. Warner was the only linebacker to make Next Gen Stats’ ranking of the top 10 coverage defenders of 2020, posting numbers that were simply freakish for a second-level defender. He had the highest PFF coverage grade among all linebackers (91.1), and the second-highest mark among all players regardless of position. His first-team All-Pro selection was well-deserved.”