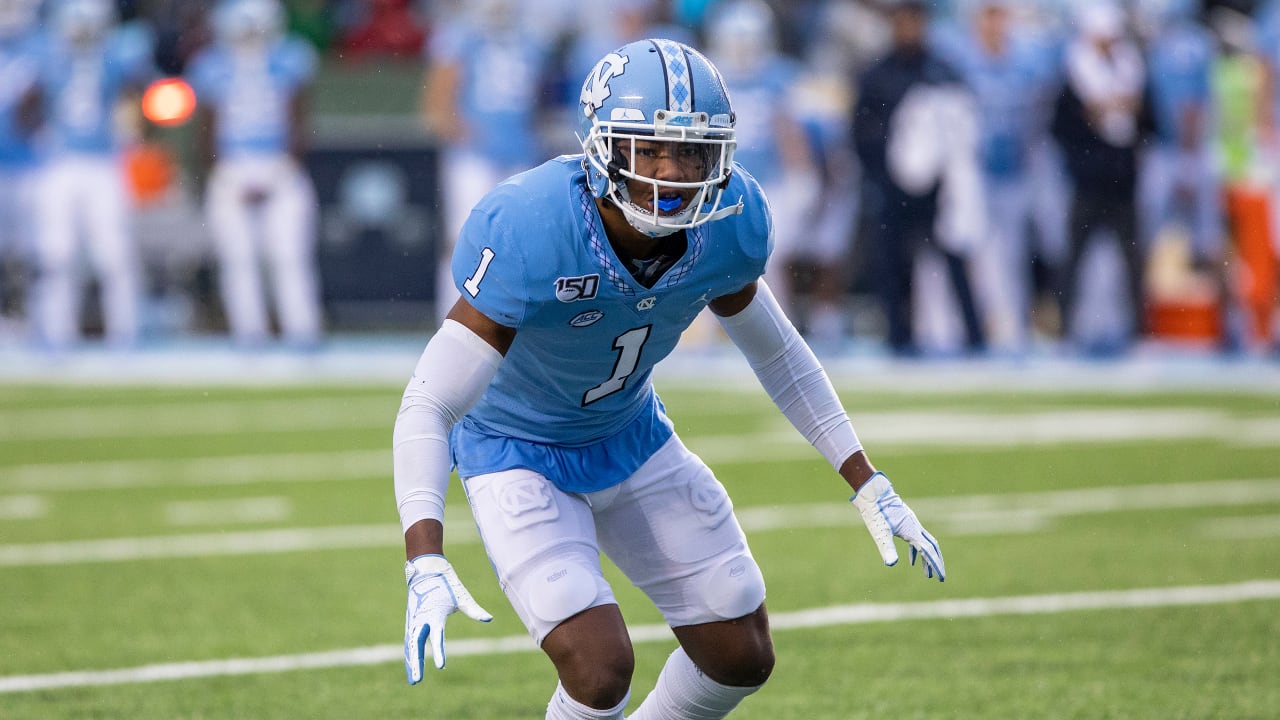 Dorn told reporters that he and his father had lengthy conversations about understanding the NFL is a job and treating it as such. He’s been able to learn the ropes and glean advice from Torin during an unprecedented offseason that, due to COVID-19, hasn’t yet given teams the opportunity to officially meet in-person.

When Minnesota kicks off Verizon Vikings Training Camp, however, Dorn will be able to learn on-field from Smith and Harris.

Dorn most admires Smith’s mentality and approach to the game.

“He’s really smart, just knowing how to disguise the coverage. He’s not in a rush,” Dorn said. “Some players are really antsy to get here and there. He’s really patient in what he does.

“You can tell he has a great feel for the game and he knows where he’s supposed to be,” Dorn added.

Smith is entering his ninth NFL season; he has 113 regular-season starts, All-Pro honors (2017) and five consecutive trips to the Pro Bowl under his belt. When it comes to accolades, he isn’t lacking.

And yet, being looked up to by a young athlete like Dorn speaks almost louder than trophies to Smith, who called it “a really big compliment … more so than a lot of other things.” He added with a laugh that even being the highly touted player he is, he sometimes forgets the number of seasons he’s stacked behind his name.

“I’m always just focused on the next year,” Smith said. “Sometimes people ask how long I’ve played, and I’m always thinking like, ‘I don’t know, I guess I’m on year three or four.’ So I guess I don’t realize my age within the game.