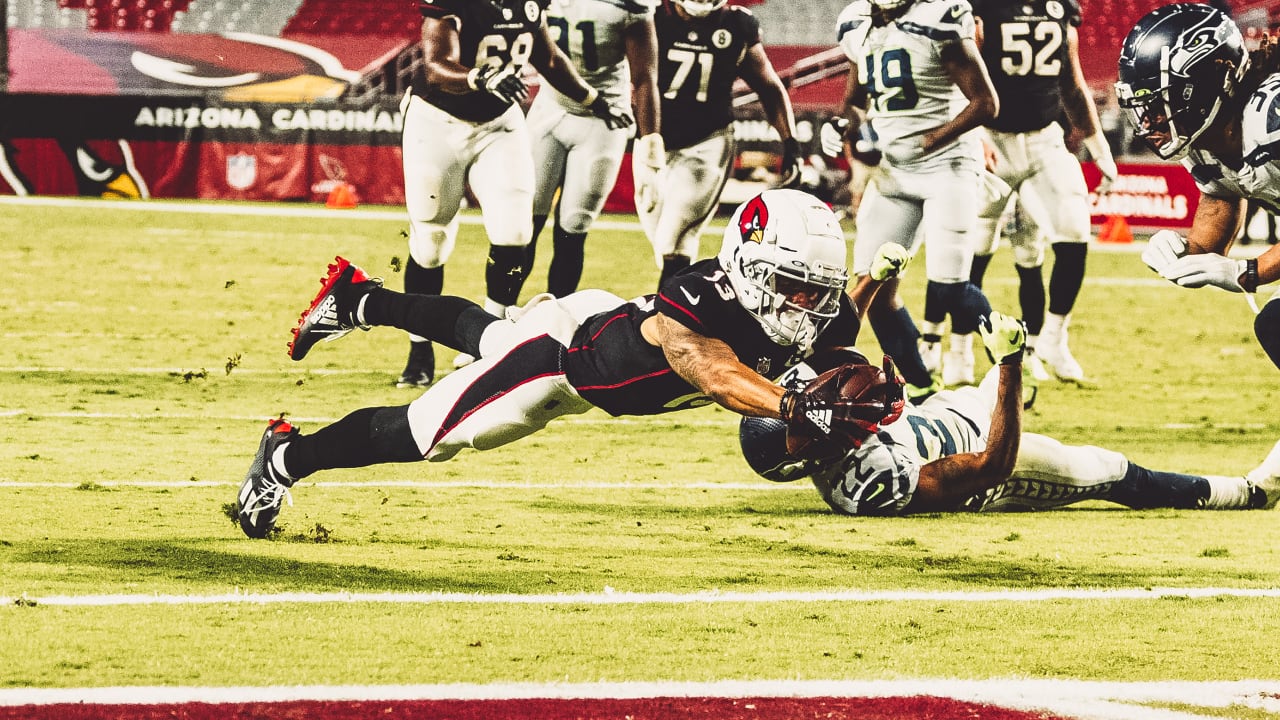 Q: What are your impressions of Kyler Murray? Is he close to stardom?

Orlovsky: “Oh, Kyler’s at stardom. He’s must-see television every time he plays. There is no one else in the league that is as jaw-dropping as a runner and as explosive as a runner, but also as good as a thrower. Lamar is probably a better runner, especially long speed. Their playmaking is kind of similar, but Kyler is a better thrower of the football than Lamar, when it comes to pure throwing. Lamar is really good at that, but Kyler is better. Kyler started this season off so hot. His first couple of games were so strong and then he hit that two-game stretch where he didn’t play super great. I think it was Carolina and (Detroit). We were talking about it on NFL Live, and he was going through the experience of when teams decide to play zone coverage, and understanding that when you play against zone coverage, you have to throw into windows and not against people. That was a little bit of a two-game learning curve for him. These last couple of weeks, he’s been much more like himself, and then having the opportunity to play on national television Sunday the way he did, that was huge. I think Kyler is a star. He’s one-of-one in the NFL right now.”

Schatz: “Yeah, I think so. Their offensive pass rating is not as good as I would have expected it to be. They are only 15th. But obviously Murray has great value as a runner. And when it comes to some stats, he’s pretty strong. He’s got a positive completion percentage above expectation, based on the type of throw he’s making. They go deep a lot, so it’s harder when you go deep to connect than it is when you go short. Isn’t he a star kind of already? They used him to promote the Sunday night game, right?”

Sando: “With Kyler Murray, we are seeing him justify the high early marks he received when 50 coaches and evaluators placed him atop Tier 3 in my annual QB Tiers survey. I’d expect him to push into the second tier after this season, which means, yes, he is close to stardom. There are still some questions about how consistent he can become as a passer if/when teams keep him in the pocket. That can be a tough final hurdle for quarterbacks to clear, and one that is still important, in my opinion, even as the game evolves. That is the one area where his size could work against him, forcing him to adapt the way Russell Wilson has adapted. Can he do that? I don’t know, but so far he seems right on track.”

Ruiz: “Yeah. Especially based off what I saw Sunday night. I think it’s been kind of rough for him – in the first month the offense wasn’t really cohesive. It was a bit disjointed. I think the passing game is getting a little bit better. I think Kliff is doing a better job of letting Kyler throw downfield on early downs and not putting him in third-and-long situations, which are tough for any quarterback, and especially so for such a young quarterback. Kyler only had one year as a starter in college. Last year was basically only his second year as a full-time starter at a major level. So I’m not surprised that it may have taken a bit longer than some of the people that were talking MVP before the season, but I really think in the second half, we’re going to start to see Kyler look like a bonafide top-10 quarterback.”

Tags: he kyler when