INGLEWOOD, Calif. — Los Angeles Chargers safety Derwin James Jr. was so amped to put on his cleats and get a first shot at the field at SoFi Stadium he nearly pranced his way out of the locker room for warm-ups.

No room for nerves.

“I’m excited,” he said. “You can see I’m excited. I’m not nervous. I trust the preparation.”

That says a lot considering James tore the meniscus in his right knee on Aug. 31, 2020, missing the entire season following surgery and extensive — and often lonely — physical therapy.

And he missed all but five games in 2019 with a Jones fracture in his right foot.

So it was with excitement, and not even a slight impulse to look to the past, that he landed on SoFi field for a team scrimmage in front of fans. 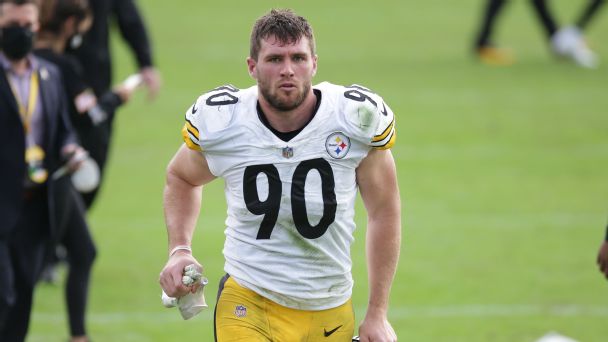 • Watt and others showing up, but holdng out
• Lamb focused on more than ‘circus catches’
• Saints’ QB race: Winston-Hill in preseason
• Little things add up for Lock, Bridgewater
• Vikings’ Peterson still leaning in Year 11

“Man, just going out on the field today, it feels so good,” he said when it was over. “Going through warm-ups and just getting my cleats and stuff in the ground for the first time. Everybody knows that I didn’t get to make it to the stadium last year. Just to come out here today, compete and make plays today. I feel like it’s only going to carry that momentum we need into the season.”

James has been terrific in practice, resembling the All-Pro form his showed as a rookie in 2018. This past Friday saw him guarding 6-foot-5 receiver Mike Williams and raking in an interception. On Sunday, he was guarding veteran tight end Jared Cook, who actually made a reception — “In the game I probably would have come in full speed to hit [Cook] but it was a good pass by Herbert,” James explained.

And also on Sunday, he delighted the fans by picking off quarterback Justin Herbert, who throw was intended for running back Austin Ekeler out of the backfield.

“It felt good to get out there and put on the uniform. There are still a lot of things to clean up. There’s still a lot of moving parts,” James said.

James certainly is making his thoughts known on the field.

On Sunday he was miked up and was full of “Let’s go! Let’s go!” cheers. After he picked off the pass aimed at Ekeler, James ran back across the entire field, encouraging fans and jumping around yelling, “Let’s go, baby!”

The NFL regular season is just around the corner. Here are the biggest questions and roster projections for all 32 teams. Read more »
• Full 2021 schedule | Depth charts »
• Transactions | Injuries | More NFL »

His enthusiasm is contagious, for sure. It allows him to embrace playing all over the field, serving as a coverage safety, box safety and linebacker in run support, covering receivers like a cornerback and rushing the passer. James is playing in so many different spots, looking for him on the field makes your head spin.

“[Dealing with James is] going to be an issue because now you have me and him that are positionless players,” Chargers veteran cornerback Chris Harris Jr. said. “You never know where we’re going to line up. I can line up in his position, he can line up in mine.”

Add in linebackers Drue Tranquill and Kenneth Murray Jr. and Harris says “our dime and nickel package should be the best in the league.”

The positionless nature of James’ role in the Chargers’ defense isn’t that big of a change.

“That’s how I started playing football. It’s how I learned to play the game,” he said.

And the ongoing competition between James and Pro Bowl receiver Keenan Allen in camp has the attention of offensive coordinator Joe Lombardi.

“Those are two top players,” Lombardi said. “I know this being around Derwin a little bit — I’ll put my money on him against anyone.”

And yes, that includes Allen.

That’s praise from a man who coached on the New Orleans Saints‘ staff and saw his share of talented players but got his first exposure to James in minicamp and training camp.

“I definitely feel like I progressed from the spring time,” James said. “Learning more positions, learning what everybody is doing around me. Just understanding the leverages and where the help is and where everything is going to be on this defense.”

Even though Staley is new to the Chargers, he knows how hard James worked to get back to this position. James was in the training room nearly every day last season, occasionally alongside Ekeler — who missed six games after injuring his hamstring. The praise of James’ work ethic during that rehab was universal.

Tags: he james was