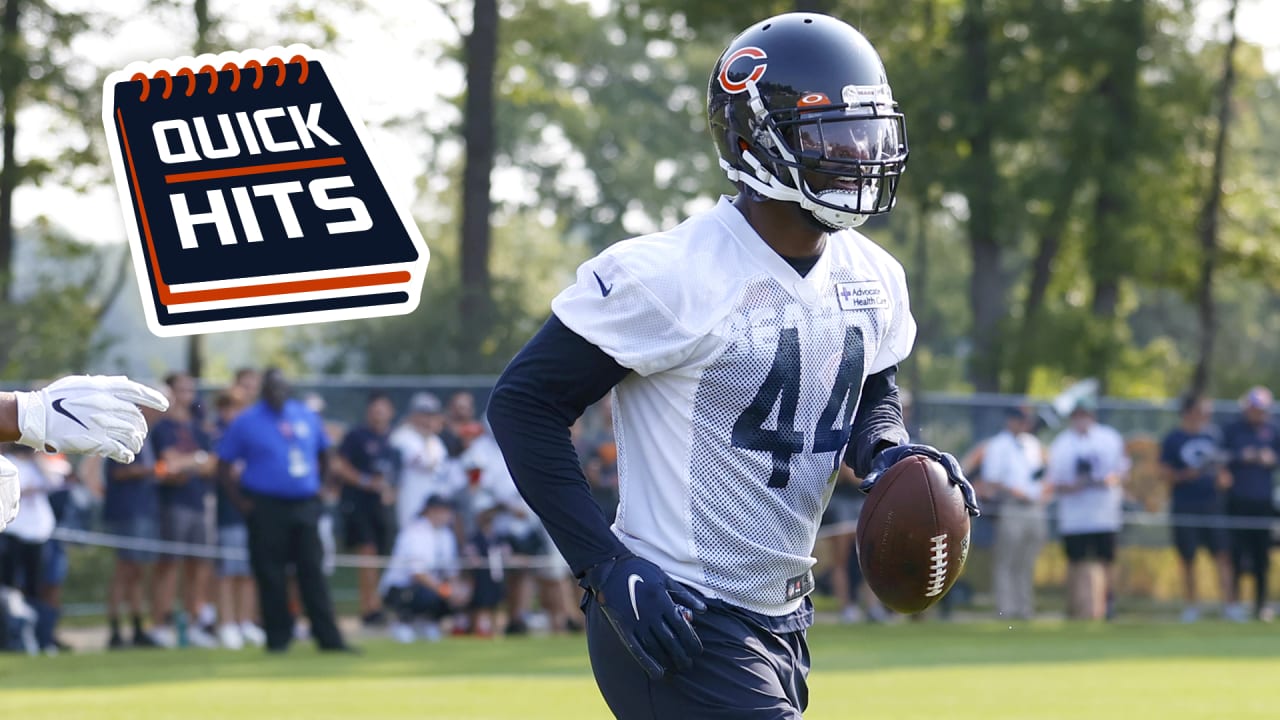 The 6-3, 250-pounder was signed after two experienced inside linebackers were sidelined: ﻿Joel Iyiegbuniwe﻿ suffered a hamstring injury and ﻿Christian Jones﻿ was placed on the reserve/COVID-19 list.

“[Ogletree] is a nice-sized guy that has speed and he has experience, too,” said coach Matt Nagy. “So when you get into these situations in training camp where you’re looking for a little bit of depth, he helps out.”

Injuries continue to mount on the Bears offensive line. Rookie fifth-round tackle Larry Borom is sidelined after suffering a concussion in Thursday’s practice, while second-year tackle Lachavious Simmons exited Friday’s workout to be evaluated for a concussion.

The Bears are now down six offensive linemen, with tackles Teven Jenkins (back) and Germain Ifedi (hip) and guard James Daniels (quad) also out with injuries and tackle Elijah Wilkinson on the reserve/COVID-19 list.

“This is part of that challenge when you’re at those numbers in some spots,” Nagy said. “It just happens to be the offensive line right now that we’ve got to adapt and make sure that we’re monitoring the amount of reps that they get when they’re out there.”

With Jenkins, Wilkinson and Borom sidelined, Nagy revealed before Friday’s practice that the next men up at left tackle likely will be third-year pro Alex Bars and second-year player Arlington Hambright﻿.

Bars’ insertion into the starting lineup at right guard midway through last season was part of a reconfiguring of the line that keyed an offensive resurgence. The 6-5, 334-pounder showed his versatility last year, starting six games at right guard, one at center and one at left guard.

“You get a guy like that, like Alex, that has the versatility to help you out in these times. You saw what he did last year as a starter,” Nagy said. “He came in when we put that line together at the end of the year. He was a big part of that. He’s going to get some chances today, and he’s going to continue to get that as we go and [we’ll] see what he can do.”

Hambright, meanwhile, started one game at left guard last season as a rookie against the Titans. His only other action on offense came when the 2020 seventh-round pick played five snaps versus the Jaguars.

After facing Nagy’s offense twice each of the past three seasons as Packers defensive coordinator, first-year Bears senior defensive assistant Mike Pettine provided some valuable intel during the offseason.

Nagy was especially interested in learning whether the Bears gave away what type of play they were going to run based on the players they had in the game or what yard line the offense was on the field.

“If you have certain personnel in, they might look for something,” Nagy said. “If you’re somewhere field position-wise, there might be a tendency that you call, a specific concept, run or pass here.

Tags: he out year