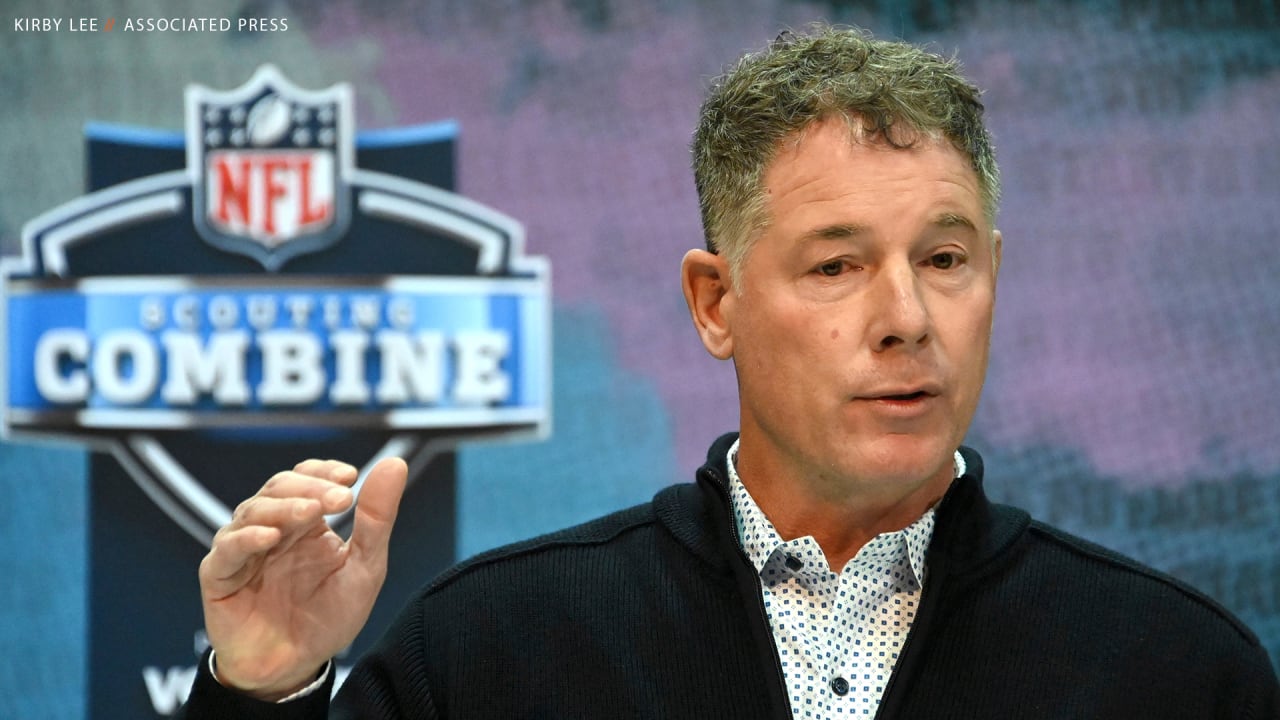 ENGLEWOOD, Colo. — As new Offensive Coordinator Pat Shurmur gets settled in Denver, he’s already looking ahead to working with the team’s core of dynamic young players.

“I think it’s a very good group,” Shurmur told DenverBroncos.com on Thursday. “We had the same thing in New York last year, and we developed a young receiver, a tight end, a quarterback, some young linemen, a couple young backs, so I know what it’s like to have young players.

“… They need to come in the league, play right away and develop quickly. So I think that’s the challenge we have in front of us. But this is a really, really good group, and I look forward to working with them.”

Shurmur inherits an offense that features Pro Bowlers Phillip Lindsay and Courtland Sutton and includes a number of other talented young players including Noah Fant, Dalton Risner and Drew Lock.

Lindsay earned his Pro Bowl nod in 2018, and Sutton was named to this year’s Pro Bowl after DeAndre Hopkins exited with an injury. Fant, Risner and Lock — the Broncos’ top three picks in the 2019 NFL Draft — combined to start 32 games in 2019.

As the New York Giants’ head coach, Shurmur mentored the 2018 Offensive Rookie of the Year Saquon Barkley and also worked with quarterback Daniel Jones, who threw for more than 3,000 yards in his rookie season.

The Giants, who drafted Jones with the sixth-overall pick in the 2019 NFL Draft, also evaluated Lock as an option.

“Obviously we were in the market for a quarterback last year,” Shurmur said. “And we have a very, very high opinion of Drew. We did a lot of work on him. We were very certain that he was going to have an outstanding career, and he had a bright future. I’m really looking forward to being able to work with him.”

Shurmur, whose offenses have ranked in the top 20 in scoring in each of his last six full seasons as either an offensive coordinator or head coach, said Lock’s development will be critical for the Broncos’ offense.

Lock, though, is hardly the only player who must make strides. Shurmur emphasized that point as he illustrated how he aimed to create an offensive system for the Broncos.

“Well, I think we’ll take a good look at the players that we have, [and] we’ve got to make sure we’re doing the things that they do well,” Shurmur said. “Obviously the development of our young quarterback is going to be critical as we move forward and really all of our players need to improve individually and then certainly do it as a group so that we can score points and help us win games.”

Shurmur said he believes the Broncos are built to be successful — and that’s part of what drew him to Denver as he looked for his next opportunity.

“Well I’ve always admired the Broncos and what they stand for,” Shurmur said. “[It’s a] winning organization. I wanted to come to a place where I could make a difference. Really believe in [President of Football Ops./GM] John Elway, really believe in [Head Coach] Vic Fangio and the staff that he’s put together. I think they got a really good start this first season and I just want to be here and be a small part of their success.”

In Fangio’s first season, the Broncos compiled their best record since 2016 and earned their highest AFC West finish (second) since 2015.

“I’ve got a very high opinion of Vic obviously,” Shurmur said. “When you’re on the offensive side of the ball, guys that are had to score against, guys that play great defense, guys that can stop the run, put pressure on the quarterback — [those are] all the things that you admire about a defensive coordinator. And beyond that, I admire him as a coach and as a person. I tried to get it so that we could work together once before here recently, and it didn’t happen. Fortunately, now it did happen.”

And though Shurmur has been in Denver for just a few days, he said he’s already had the chance to “talk some football” and dive in to the first steps of an offseason worth of work.