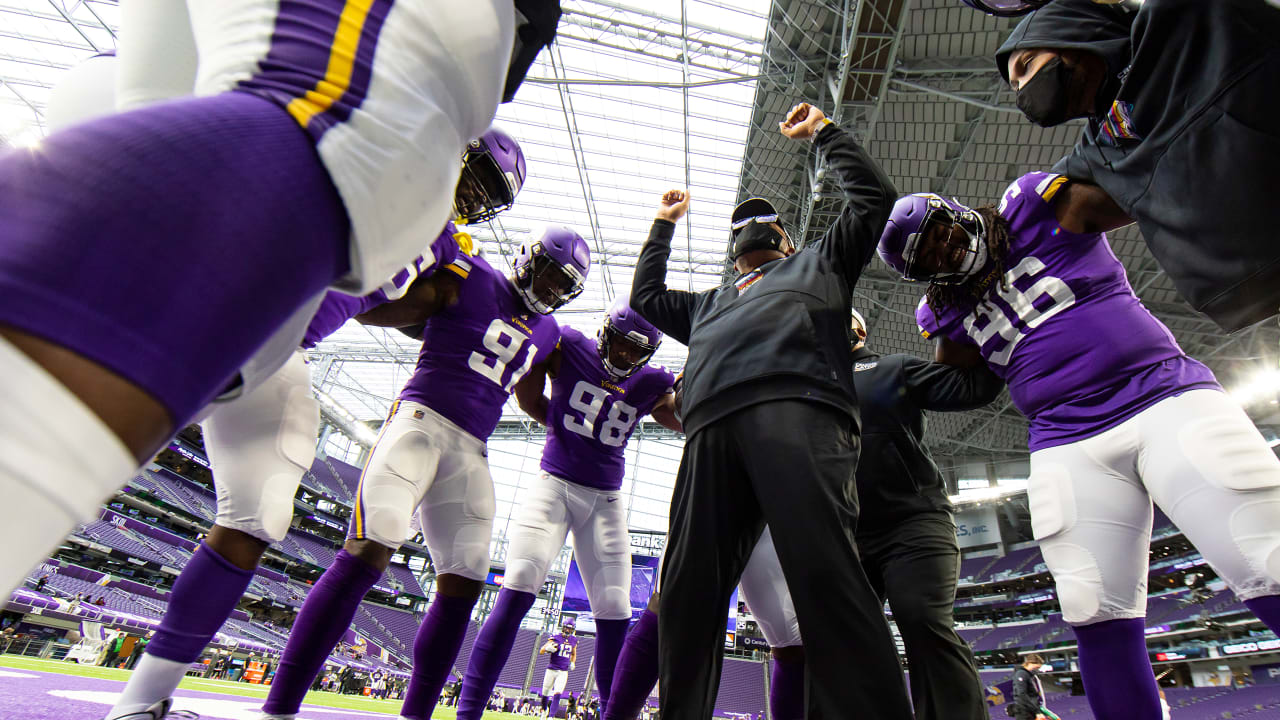 Status: The Cardinals are aiming for their first winning season and first playoff berth since 2015, when Arizona went 13-3 and reached the NFC title game. Arizona has a handful of young players, including quarterback Kyler Murray, who want to prove they belong down the stretch.

Status: Minnesota’s roller-coaster season — seven of 11 games have been decided by eight or fewer points — continues Sunday at home against Jacksonville. The Vikings need to win and keep pace in the competitive NFC, especially with a pair of tough NFC South road games looming.

Status: Chicago’s season has spiraled downward with five straight losses after a 5-1 start. The Bears have averaged just 17.6 points per game in that span as they have fallen out of a playoff spot.

Status: The 49ers will be among the league’s most intriguing teams over the final five games. The NFC champion a season ago, San Francisco has dealt with a litany of injuries to stay in the playoff race. But with a recent California government order shutting down contact spots in Santa Clara County, San Francisco will “host” Buffalo and Washington at the Cardinals stadium in Weeks 13 and 14.

Status: Many will be watching the Lions this weekend to see how they respond after the organization relieved General Manager Bob Quinn and Head Coach Matt Patricia off their duties this past weekend. Darrell Bevell, who was the Vikings Offensive Coordinator from 2006-10, is Detroit’s interim head coach.

Status: Washington remains competitive in the NFC East in Head Coach Ron Rivera’s first season in charge. Washington plays a pair of division leaders in Pittsburgh and Seattle, but it could potentially make some noise in December.

Status: The Falcons have played well since Raheem Morris took over as head coach, winning four of six games — including Week 6 over the Vikings. Atlanta might be a longshot to make the playoffs, but it could play a factor with games against Tampa Bay in Weeks 15 and 17.

Status: The Panthers suffered a tough one-point loss to the Vikings on Sunday, and now get a week to rest up. Carolina’s final four-game stretch features a pair of division leaders, and Matt Rhule’s squad will want a strong finish to his first season with the Panthers.

Status: The Eagles appeared in control of the NFC East entering their Week 9 bye after getting wins over the Giants and Cowboys. But Philadelphia has stumbled to three straight losses after its break, scoring just 17 points in each outing.

Status: Dallas has the NFC’s second-easiest strength of schedule in the final five games, so the opportunity is there for the Cowboys to make a run at the NFC East. But they will likely need to find some consistency. A week after pulling off a win over Minnesota, Dallas fell flat at home on Thanksgiving with a 25-point loss to Washington.