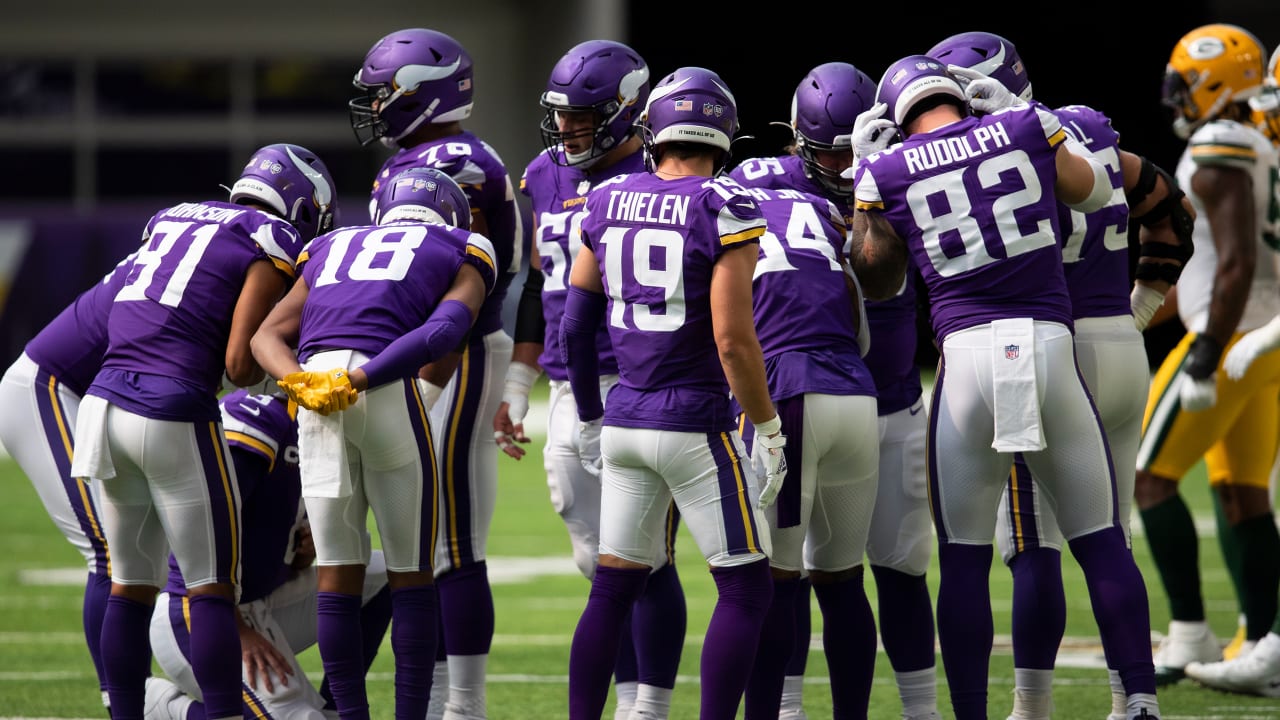 The Titans are rolling at 2-0, while the Vikings are reeling. But the Vikings can’t be as bad as they have looked. Even with the defense struggling, I think they will get back on track here. The Titans will lose for the first time. Upset special.

The Vikings can’t be this bad, can they? The Titans can’t be this good, can they? Minnesota’s defense is in a rough patch, struggling mightily against run and pass over the first two weeks. The key here at home for the Vikings will be a positive game script where they can control the game with Dalvin Cook and Alexander Mattison on the ground and Kirk Cousins is throwing efficiently off play-action. There’s nothing scary about Tennessee’s overrated defense, either. The streaky Cousins is due to be hot again, while Ryan Tannehill cools off a little on the road as the Vikings rise from desperation mode.

The Vikings may be the NFL’s most disappointing team so far this season. Ryan Tannehill will continue his strong early-season showing as Minnesota falls to 0-3.

The Titans have played too well to barely win two games. This week, they’re getting a team that suddenly [has] plummeted from contender to pretender to pathetic.

The Minnesota Vikings might be a well-coached, veteran team that made the playoffs in 2019 and is trying to save its season Sunday against the Tennessee Titans, but that isn’t enough to convince the majority of our prognosticators — or the vast majority of the public — to take 2.5 points with Minnesota in this spot.

While that passing attack could bounce back under the tutelage of the unpredictable Kirk Cousins and the solid Dalvin Cook, especially with Adoree’ Jackson still missing from the Tennessee secondary, the Vikings might also have trouble with that sell-out-to-stop-Henry plan. They’ve also struggled in run defense the last couple of weeks and are now without four-time Pro Bowler Anthony Barr in the linebacking corps.