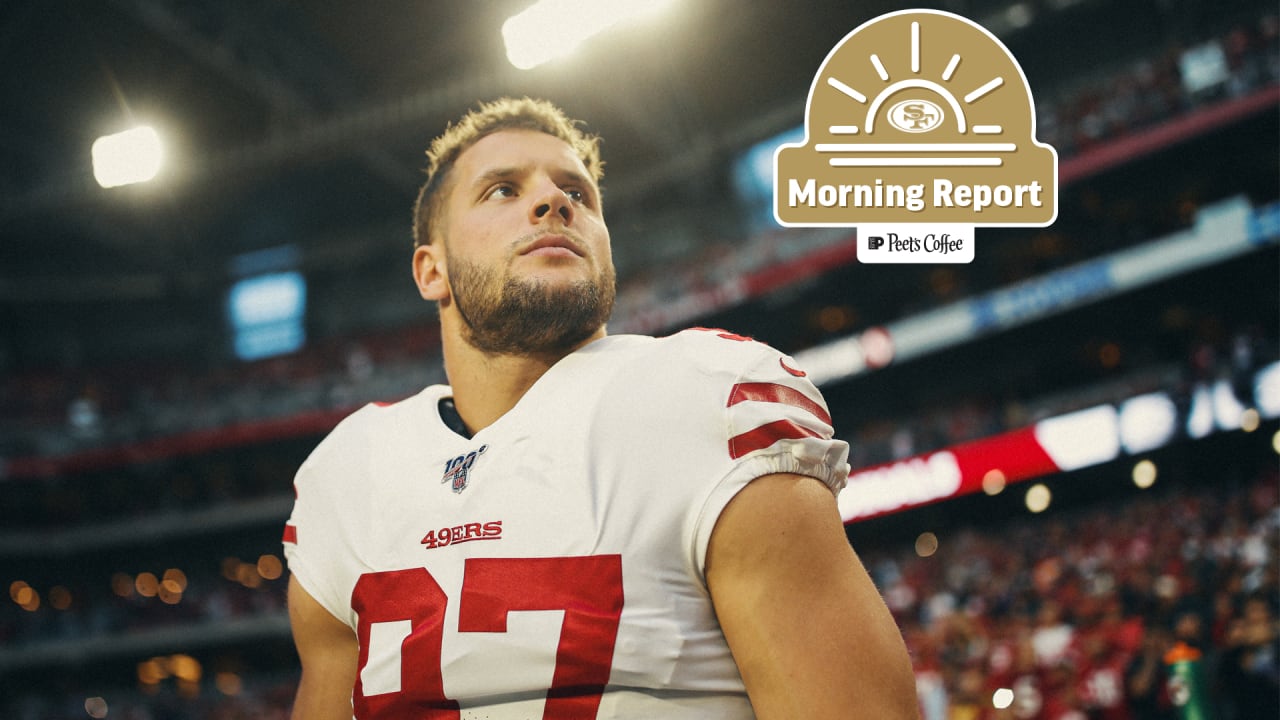 The 49ers first-round pick landed on PFWA’s All-Rookie Team following his 2020 campaign. In his first NFL season, Kinlaw registered 33 tackles, three for loss, 1.5 sacks, 19 quarterback pressures, including four quarterback hits, four passes defended, an interception and a defensive touchdown. The 49ers are one of 17 clubs represented among the 27 rookies honored.

In its 57th season in 2020, the Professional Football Writers of America is the official voice of pro football writers, promoting and fighting for access to NFL personnel to best serve the public. The PFWA is made up of accredited writers who cover the NFL and the 32 teams daily. To learn more about Kinlaw’s first season in San Francisco and the PFWA, click here.