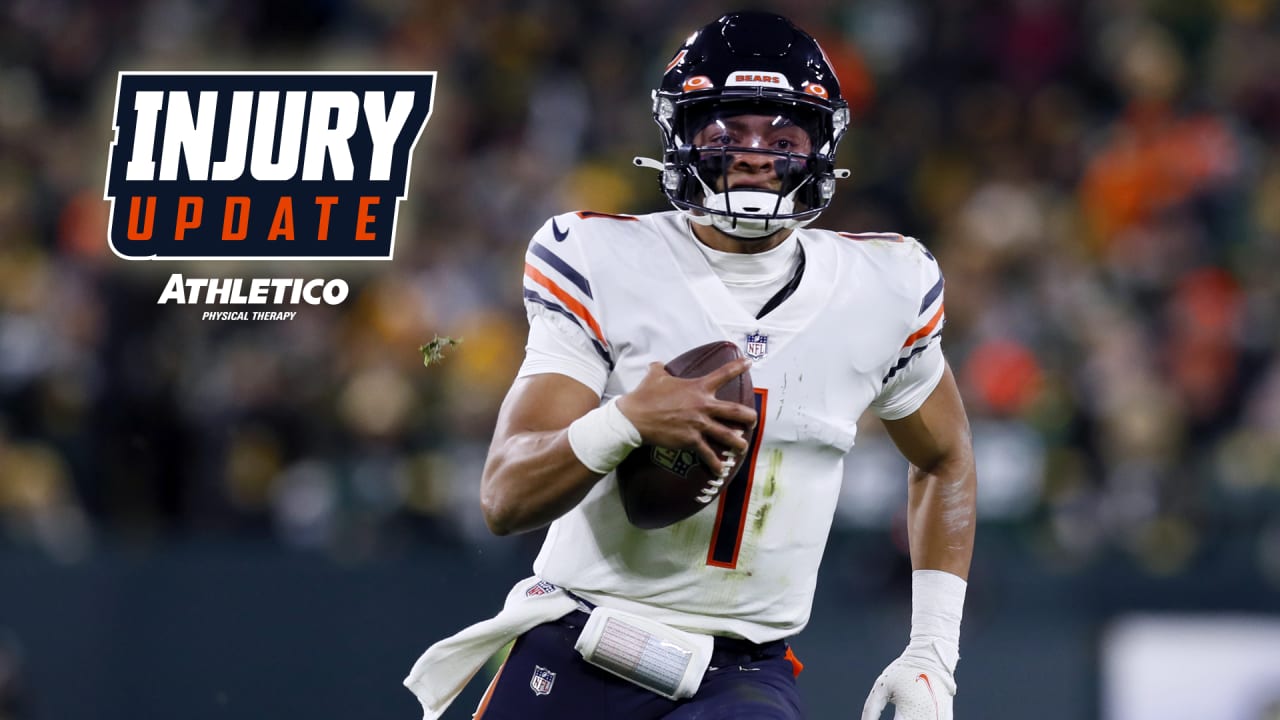 Nagy said that it likely will be a game-time decision whether Fields has improved enough to serve as the Bears’ No. 2 quarterback.

“His injury has not gotten worse from the beginning of the week,” Nagy said. “It’s getting better. But … like we always say, ‘We’re going to always make sure that the player’s health is No. 1. We can’t put the player at risk, no matter who it is. We’ve got to gauge [the injury] and see. In the next couple of days, it could be better. I’m assuming it would be better. But we’ve just got to see how much better.”

The Bears’ regular No. 2 quarterback, veteran ﻿Andy Dalton﻿, has been ruled out of Sunday’s game. Dalton suffered a left hand injury Dec. 5 against the Cardinals and was on the COVID-19 list Dec. 17-23. But the reason he can’t play is due to a lingering groin injury.

If Fields is unable to serve as the backup Sunday, that role would be filled by ﻿Ryan Willis﻿, who was signed to the practice squad Dec. 18. The 6-4, 211-pounder split his college career between Kansas and Virginia Tech and was not selected in the 2020 NFL Draft.

“We have to balance where we’re at with [Fields’ health] with what Ryan could do just getting here recently,” Nagy said. “He’s literally learning this playbook and what to do. It would be probably more of an emergency situation. We just have to see where Justin’s at, probably percentage-wise, to where it doesn’t risk his health but he’s able to help us. And if that’s not the best thing to do, trust me, then we’re going to go ahead and go with Ryan. But Ryan’s doing everything he can as well to get prepared.”

Foles, meanwhile, will take his first snaps of the season Sunday in Seattle. Acquired by the Bears in a trade with the Jaguars last year, he appeared in nine games with seven starts in 2020, completing 64.7 percent of his passes for 1,852 yards with 10 touchdowns, eight interceptions and an 80.8 passer rating.

With Fields and Dalton sidelined this week, Foles took reps with the No. 1 offense in practice.

“We kind of had to juggle how the reps went and so, today, Nick got every rep, and that was good for him, and Nick got reps prior to this, too,” Nagy said.

Receiver ﻿Marquise Goodwin﻿ (foot) and nose tackle ﻿Eddie Goldman﻿ (finger) are both listed as questionable after practicing without restrictions Thursday and Friday.

Tags: but he just