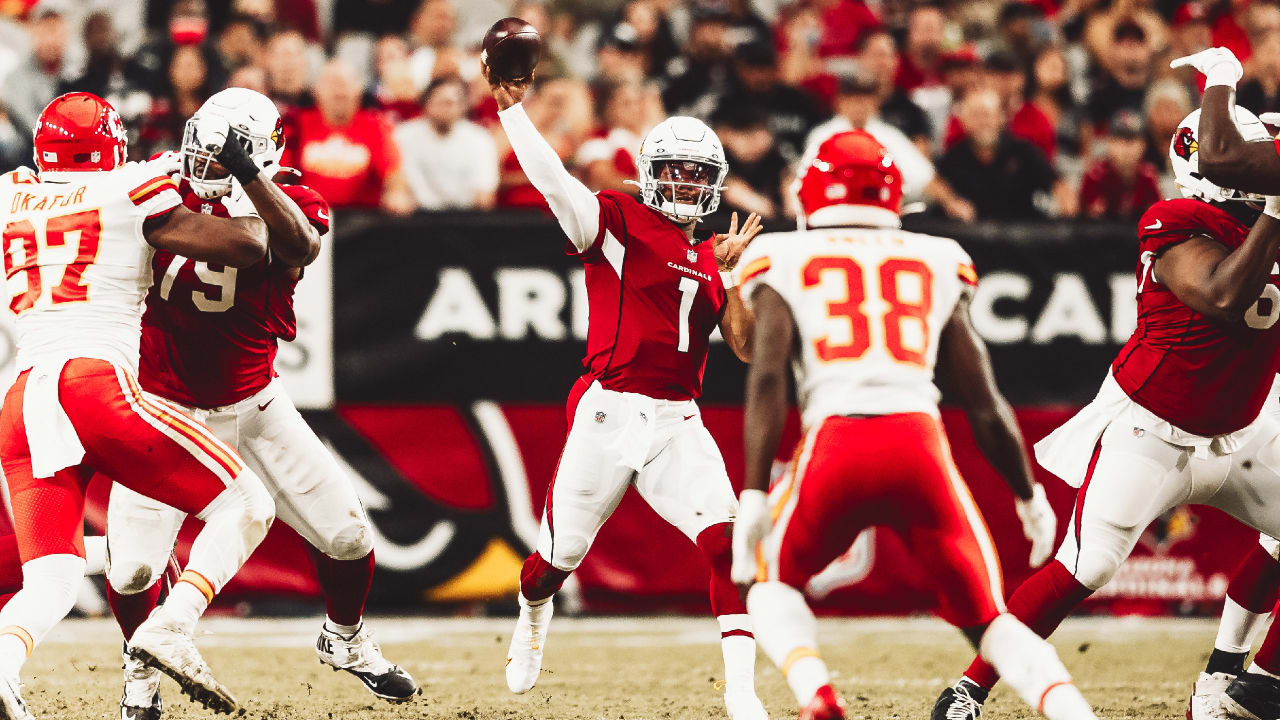 It leaves the brief nine plays Murray and the first-team offense had against the Chiefs the extent of their preseason game action.

The Cardinals went three-and-out on three possessions. They, as Kingsbury noted, went out with negative-one yard of total offense. Murray had more miscommunications with receivers (one each with Rondale Moore and A.J. Green) than completions (he finished 1-for-4 for 2 yards.)

Murray hasn’t met with the media since before the Chiefs game, but said during ESPN’s broadcast that it was “not the outing we had hoped for” and adding that that it “doesn’t count.”

“We’ve got to clean some stuff up, get some things right,” Murray said. “They kicked our butt for the three drives we were out there. It is what it is. We’ll be better when it counts.”

The point has been made repeatedly that the Cardinals did fine offensively in Week 1 of 2020, when there were no preseason games. Against a good and still healthy 49ers defense, Murray finished that game 26-of-40 for 230 yards, one touchdown and one interception. He also had 91 rushing yards and a score on 13 attempts.

Murray and top wide receiver DeAndre Hopkins, for a second straight year, will not play together in a game until the regular season.

“You know how preseason is,” Green said. “We just call stuff. We’re not calling anything off scheme. They happened to be in a great defense every time (last week). We’re not worried. This has been one of our best practice weeks.”

The Saints game will be about playing time for the few guys still fighting for rosters spots or places on the depth chart.

For the starting offense, practice will be the foundation for Sept. 12, when the Cardinals open against the Titans in Tennessee.

“It’s a veteran group that understands,” Kingsbury said. “You don’t need to go in and yell and scream at this group. You have people who are very prideful and who have played in great offenses. They got back to work and really executed at a high level.”

Kingsbury confirmed Thursday that cornerback Robert Alford is indeed headed to the Reserve/COVID-19 list. How long he stays is to be determined; Kingsbury said Alford has been vaccinated. He can return in as soon as five days if he can test negative two straight times.