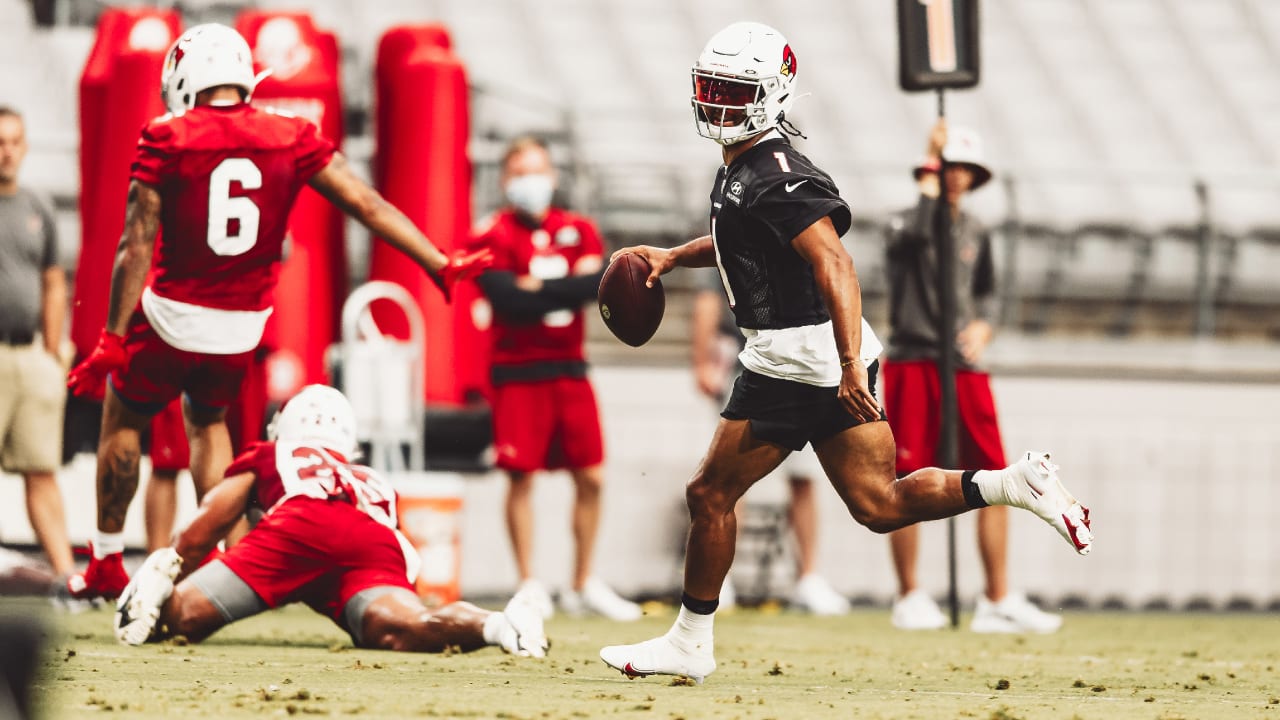 He told the media “I’ll sugarcoat to y’all” – again with the smile he wore through most of his first press conference of training camp – but acknowledged he has a good enough relationship with Kingsbury and Keim that he can tell them things and they will at least listen.

“We can only give our opinion. It is what it is. They can take it and run with it however they may.”

Tangibly it’s an example of how Kingsbury sees Murray feeling like the Cardinals are truly “his” team now. Murray wasn’t sure that outlook necessarily has changed for him much, but Kingsbury believes it is the deeper meaning of how Murray has learned to deal with adversity since arriving in the NFL.

“In practice, if things don’t go his way, he’s handling the ups and downs a lot better, when in those first two years I think he felt like the weight of the world and he had to be perfect on every play,” Kingsbury said.

Then again, Murray argues the point that he’s found a balance between trying to be perfect and understanding he cannot.

Murray’s quest to earn that Rodgers-type cache continues. The Cardinals can give Murray his first contract extension as soon as once the 2021 regular season concludes – “I’m not to worried about it,” Murray said – although Kingsbury acknowledged if that were to happen, both Murray and the team likely had an excellent season.

In the meantime, the conversations will continue. Maturity as a leader? Kingsbury said even if Murray sometimes shows emotion on the field, what most don’t see now is the quarterback getting to the sideline encouraging teammates too.

“Early on he was just trying to survive himself,” Kingsbury said.

With Larry Fitzgerald absent/waiting/undecided, Murray is the clear face of the franchise – if he wasn’t already. The quarterback acknowledges learning his way around the NFL game, but he doesn’t sugarcoat the point that it’s always been his team.

“I’ve always felt like that,” Murray said. “That’s the position I play, guys look to me to be the leader of the team, I touch the ball every play, I make decisions every play, I’ve held that my whole life. I don’t feel any different.

“Whoever is here, whoever is not here, I’m going to be me.”