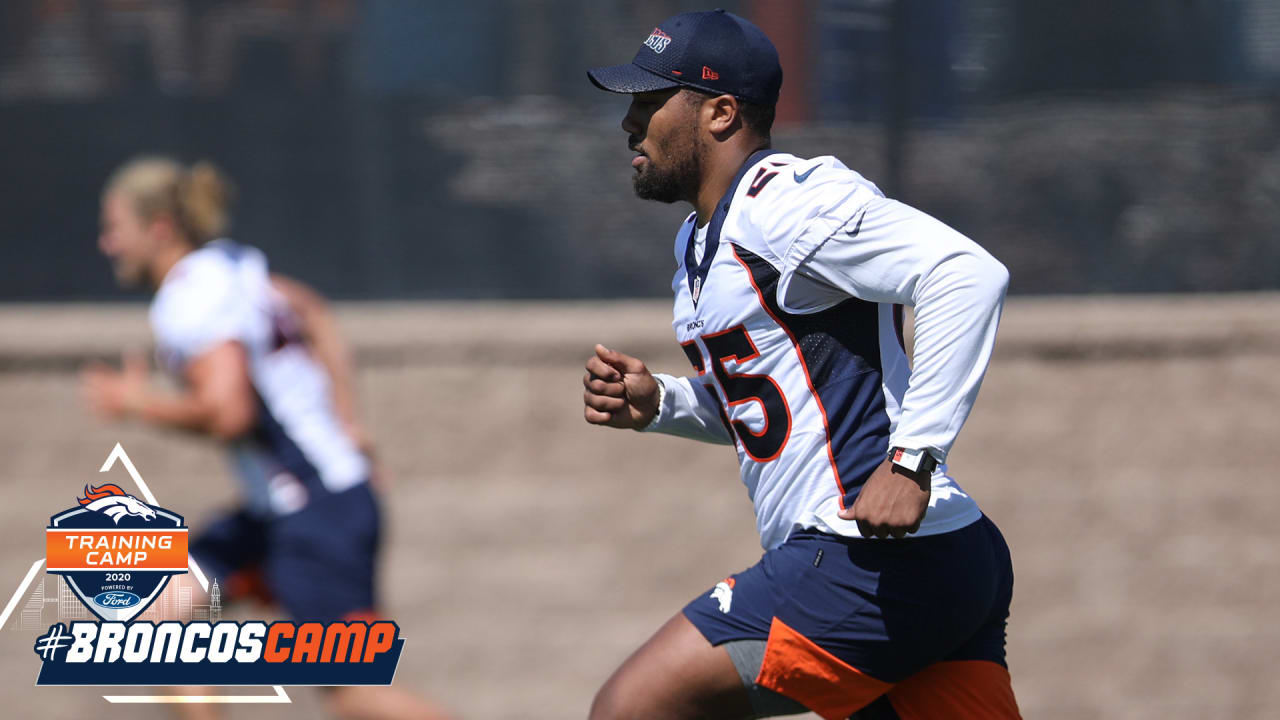 ENGLEWOOD, Colo. — As a rookie, Bradley Chubb responded to the pressure of being the fifth-overall pick with little difficulty.

He collected his first full sack in a Week 3 game against Baltimore that season, and he tallied five sacks across Weeks 6 and 7.

Chubb, who set the Broncos’ single-season rookie sack record with 12 quarterback takedowns, was named to the NFL’s All-Rookie Team after the season.

Less than two years later, as Chubb prepares for the 2020 season, he faces a similar amount of pressure. An ACL injury in Week 4 cut short his 2019 season, and Chubb now returns to the field aiming to prove he belongs among the league’s elite pass rushers.

“I feel like this league is a very what-have-you-done-for-me-now league,” Chubb said Friday. “My rookie year, that’s two years ago now, so I’ve got to come back in with that same hunger that I had and with that same dog mentality that I had and go out here and either prove everybody right or wrong. [If] they’re writing that I’m not going to be the same, prove them wrong. If they’re expecting great things out of me, prove them right.

Chubb said there is “no doubt” he will be on the field for the Broncos’ season opener on Sept. 14 against the Titans, but he echoed Head Vic Fangio’s comments from earlier in the week that the team will be cautious with Chubb’s return.

“We’re just going to play it smart, just try to work me back into it,” Chubb said. “Right now, I haven’t really been doing anything physical, like going against anybody and going against an offensive lineman, so just working into it. I feel like with my health, that’s going to be the next step for me: just getting that whole confidence thing back. I feel like once we get into the flow of things … we’ll be good.”

Chubb, who said the unusual nature of the offseason actually helped him focus on his rehab, said he expects to wear a knee brace during the season. On the field, though, he’ll be eager to prove he’s no different than the player he was in 2018. And with the addition of Jurrell Casey to a pass-rushing group that also features Von Miller, Chubb expects trouble for opposing offenses.

Chubb has already been back at UCHealth Training Center, as he joined the team’s early reports. Soon, the Broncos’ veterans will join the rookies, quarterbacks and rehabbing players for training camp. When they do, they’ll have high expectations to meet.

“I feel like we could be top five, top 10 in the league, for sure,” Chubb said. “We’re in that second year of the defense. Everyone’s going to be a lot more comfortable. The communication’s going to be a lot clearer. We’ve got a lot of playmakers now. We added A.J. [Bouye], we added Jurrell. It’s just going to be fun to see. We have Justin [Simmons], Kareem [Jackson] and all those guys. It’s just going to fun to get everybody back in the building and see how we jell for Year 2.

“Unfortunately, I went down last year with the injury, but I feel like, me, Von [and] everybody [else] coming back way hungrier and ready to prove something is going to be chaos.”