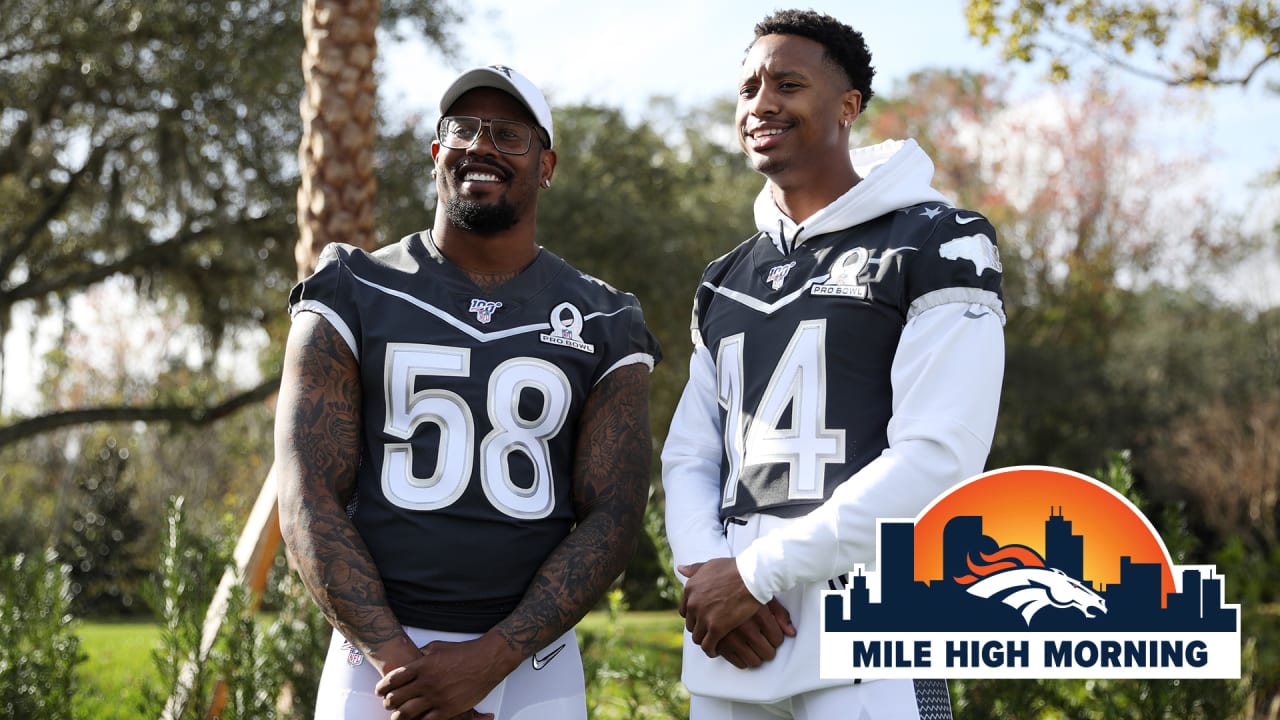 As the Broncos hope to improve their standing in the league following a 7-9 season in 2019, it should come as little surprise that the team didn’t get much love in league-wide individual player rankings.

That remains the case for the Broncos in ESPN’s 2020 NFL Rank installment, in which 46 ESPN NFL experts voted on who they think will be the top 100 players during the upcoming season. Only Von Miller (No. 46) and Justin Simmons (No. 92) made the list.

“If Miller has his way, this ranking will look far too low by the time December rolls around,” Jeff Legwold wrote. “Miller was so frustrated with the 2019 season that he was already back working out just 72 hours after the season ended. He has flashed plenty of power and speed in the early going at training camp, and Jurrell Casey’s arrival and Bradley Chubb’s return from an ACL tear will also give the Broncos more options with Miller.”

As for Simmons, ESPN cited a statistic that showed “Simmons had the second-lowest NFL passer rating allowed (34.7) when targeted as the nearest defender in coverage last season among those with at least 40 targets.”

More Broncos could appear on the list next year, though. Asked to select one player who missed the cut this year but will be a lock in 2021, Jeremy Fowler picked Courtland Sutton and Field Yates picked Bradley Chubb.

Of Sutton, Fowler wrote: “Many evaluators believe Sutton is a top-10 receiver right now thanks to his prototypical size (6-foot-4, 216 pounds), speed and rare ability to make contested catches. And QB Drew Lock is willing to gamble with deep passes into tight coverage, which will help Sutton’s bottom line.”

And of Chubb, Yates wrote: “The number of players who have reverted to form following an ACL tear is more than enough evidence to believe Chubb will put the injury behind him, which should lead to double-digit sack seasons regularly. He and Von Miller will be in the conversation for the best edge rushing duo in football this season.”