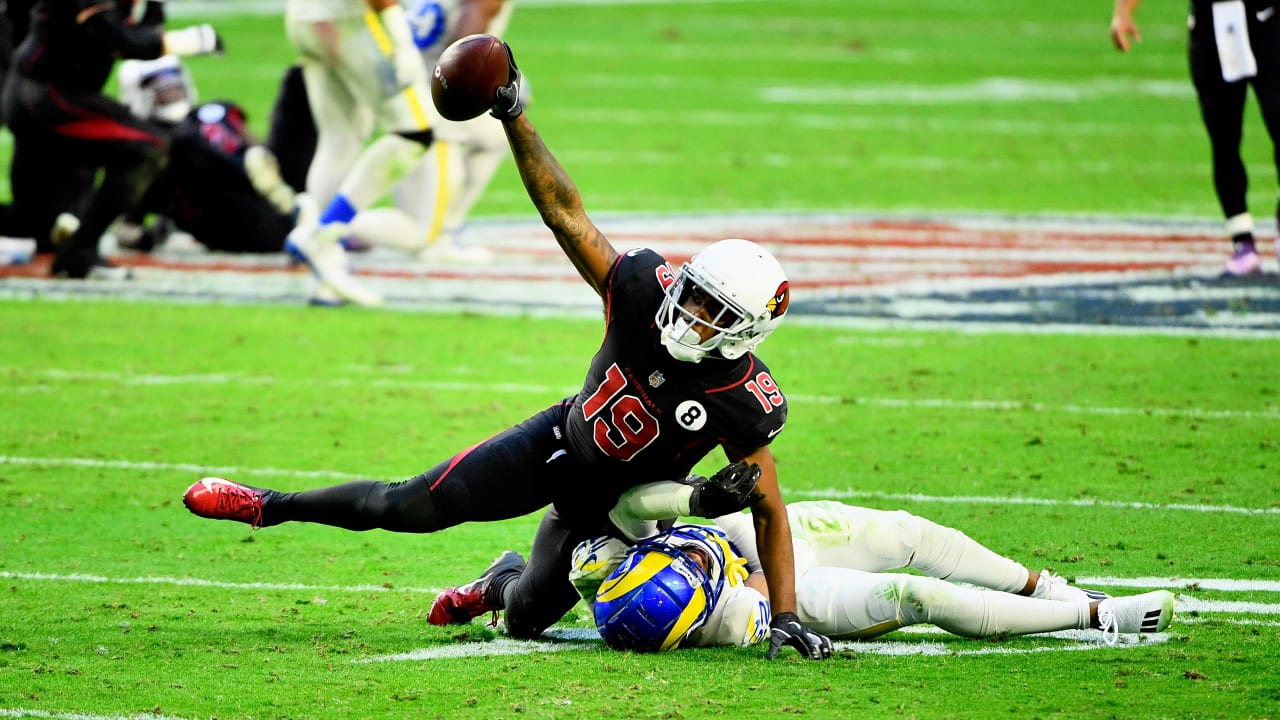 The Cardinals’ 232 yards of total offense was their worst output of the season and the second-lowest since Kingsbury took over – only bested by the mere 198 yards the Cards managed in a 34-7 loss to the Rams at State Farm Stadium in 2019.

Of the four lowest yardage totals the Cardinals have had this season, three have come during the current three-game losing streak to the Seahawks, Patriots and Rams.

“We kept stalling out,” said quarterback Kyler Murray, who had 173 yards passing (albeit three touchdowns) and only 15 yards rushing. “It’s a very unusual feeling. You kind of don’t know what to say. I’m not used the that. We’re not used to that as an offense.”

It’s been a remarkable fade over the last three weeks for team that led the NFL in total offense much of the season.

Murray winged a 59-yard touchdown bomb to tight end Dan Arnold on the first possession of the game – and yet, with less than a minute to go in the first half, the Cards had a mere 62 total yards. As if to punctuate the problems, a drive to get into field-goal range at the end of the half went awry when kicker Zane Gonzalez missed a 48-yard try left.

The Cards were only down 14-7, remarkably, but the tone was set with the 22-plus minutes the Rams (8-4 and now leading the NFC West) held the ball.

The offense awoke a bit in the second half and a huge special teams play by Charles Washington, forcing a fumble on a punt return and setting up a short-field TD, gave the Cardinals life. But it ultimately ended when Murray threw an interception returned for a touchdown by cornerback Troy Hill.

“I still believe that we can play at a high level offensively and score a lot of points and make a lot of first downs,” coach Kliff Kingsbury said. “We just weren’t very sharp today when it comes to coaching or playing.”

The defense was on the field much too long, Kingsbury admitted, and it showed by the end of the game. Rams QB Jared Goff threw for 351 yards and the Rams had 463 yards themselves after struggling offensively themselves of late.

“The Rams do a good job keeping you on your heels,” Peterson said. “We had to be ready and today, a couple of those plays bit us in the butt.”

McVay is now 7-0 against the Cardinals since taking over in Los Angeles, and his teams have still not lost a game in which they were leading at the half (33-0). In those games against the Cards, they have not scored less than 31 points. The Rams had not scored 30 points in six straight games this season, and Peterson noted that it may take a big defensive effort in the season finale in Los Angeles to get into a playoff spot

Defensively, “we can’t have any more ‘My bads,’ ” Peterson said.

Now the Cardinals play at the streaking Giants, a team that figured to be a victory but now have won four straight as they have jumped to the top of the woeful NFC East. Even in an expanded seven-team playoff group, the Cards may need to win out to even have a chance.

“This is NFL football,” Kingsbury said. “There is a month left, guaranteed. Anything can happen.”