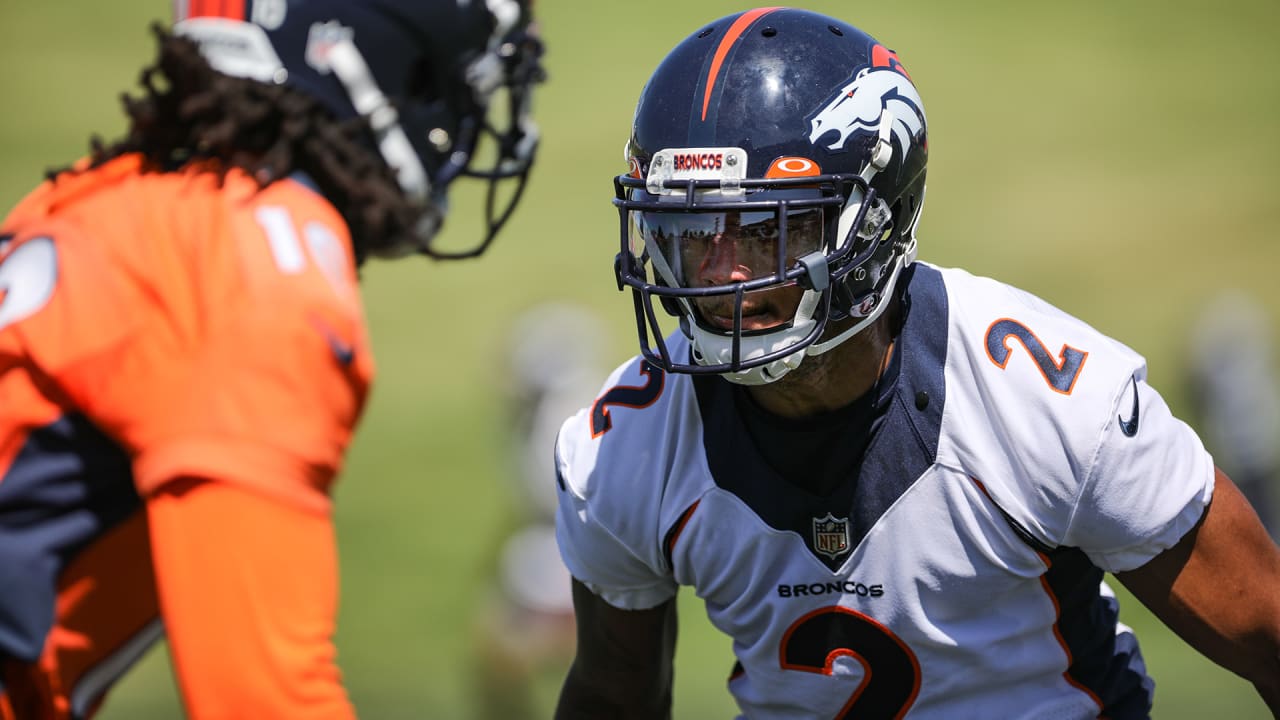 ENGLEWOOD, Colo. — The Broncos’ rookies won’t trot out onto the field for a training camp practice or preseason game for several more weeks, but in their limited time in Denver, they’ve already gained an advantage.

After the 2020 rookie class missed out on the entirety of the on-field offseason program, this year’s cadre of players enjoyed the benefit of rookie minicamp, organized team activities and mandatory minicamp. In all, the rookies gained more than a month of additional practices compared to last year’s class.

“It was a huge learning experience, definitely,” third-round pick Quinn Meinerz said this week. “Learning how to practice as a pro and coming from a small school, learning a new playbook. A whole bunch of new things are happening and it kind of moved really quickly, but to have the veterans come back and to have most of our team there was awesome. It was super valuable. I cannot imagine being a rookie and not having OTAs like last year.”

First-round pick Pat Surtain II said the weeks of practice allowed him to fine-tune his fundamentals while learning from the veterans in the team’s secondary.

“I just want to know things that they know about on the field, different techniques I could use,” Surtain said. “You always don’t want to be one-dimensional. You always want to pick certain guys’ brains and try to emulate their game … and learn some certain things from their game because you know they’ve been in the league for a long time. Just to be able to pick their brains will help me a lot.”

Second-round pick Javonte Williams, meanwhile, credited the offseason program for helping him feel more comfortable during his transition to the NFL.

Yet while the work has been valuable — Surtain credited his reps against former college teammate Jerry Jeudy for helping them both improve — all three rookies know there’s more to accomplish when training camp arrives and the intensity ramps up.

“I feel like with the pads on, that’s when I’m at my best,” Williams said.

Meinerz, who hasn’t played a game since 2019, is just as eager to don the shoulder pads.

“That’s definitely when the real things will start to show and we can be a little bit more physical and really work the technique that we’re learning in our individual drills,” Meinerz said. “I’m definitely really excited to put the pads on, because the only time I’ve had to put pads on this year was at the Senior Bowl for a couple of days. That was almost a tease at that point.”

During camp, each of the three players will have something they’re working toward. Williams believes the Broncos can feature “one of the best running back rooms in the NFL” if they put the work in, while Meinerz is eager to work alongside Lloyd Cushenberry III and push each other to improve.

And Surtain, who has reaped praise from a number of veterans on the team, said the expectations from his teammates will only make him work harder.

“I’ve got to most definitely earn my stripes,” Surtain said. “Nothing is given, everything is earned. I’ve got to go out there and prove myself each and every snap, each and every play. I’m just looking forward to it.”