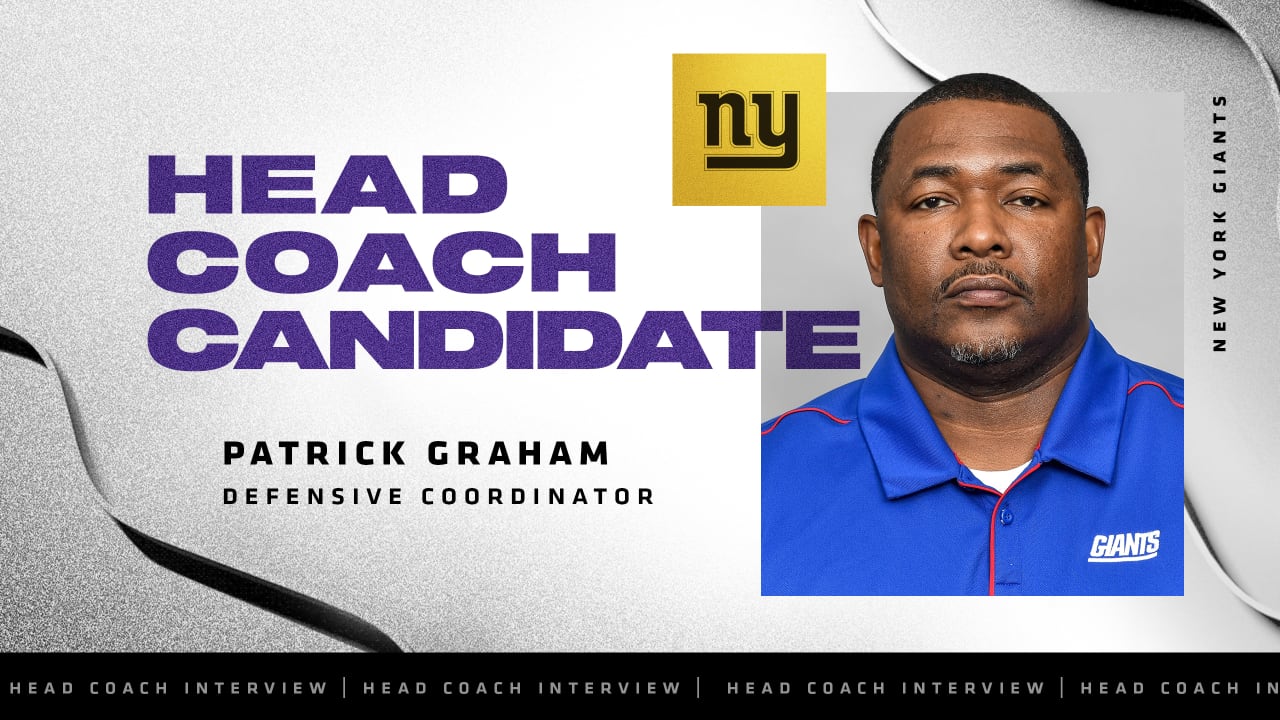 EAGAN, Minn. – The Vikings on Saturday confirmed they have interviewed Patrick Graham for their open head coaching position.

Graham is currently the assistant head coach/defensive coordinator for the New York Giants. He has held this role for the past two seasons and just completed his 13th season as an NFL coach.

Graham played football collegiately at Yale, where he was a defensive lineman. He earned his bachelor’s degree in sociology with a concentration in economics and African American studies.

Graham, who was born in Des Plaines, Illinois, grew up in Waterbury, Connecticut.