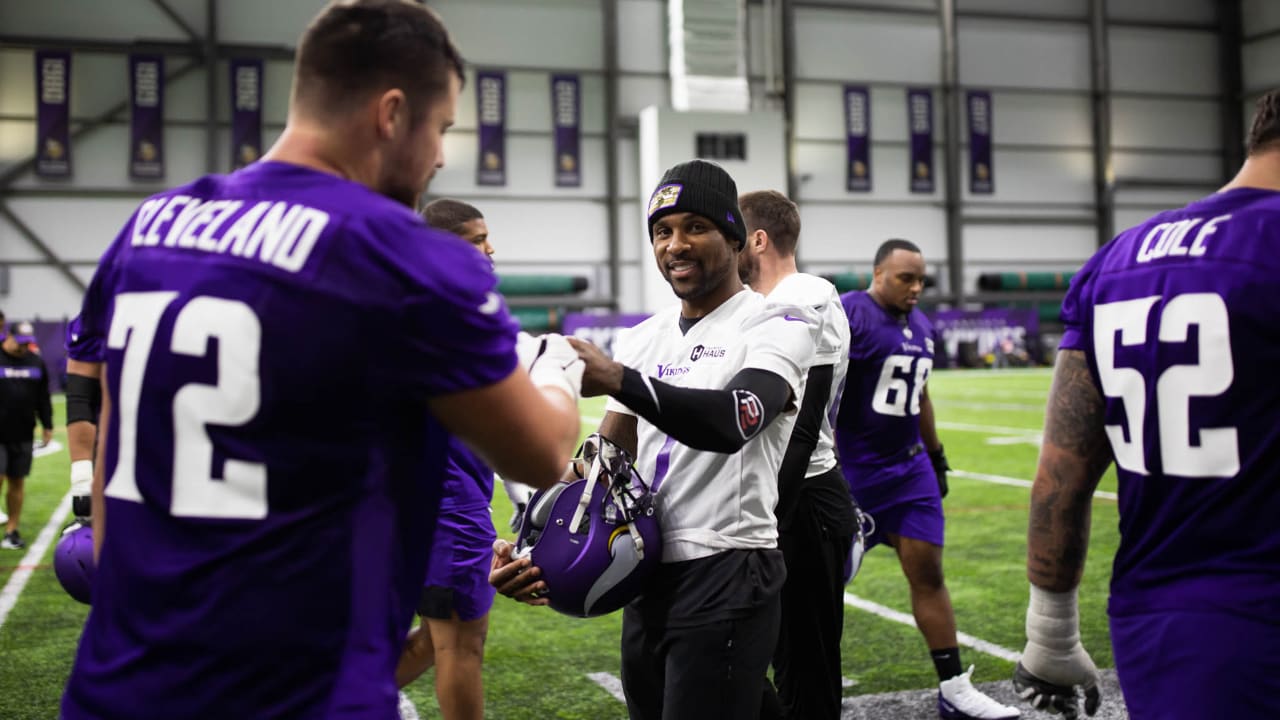 Peterson requested a headset so he could listen to Head Coach Mike Zimmer call the defense against the Cowboys, Ravens and Chargers. He also traveled to Baltimore and Los Angeles in the past two weeks, even though he was required to miss those three games at a minimum because of his placement on Injured Reserve.

“When you’re in the game, you can’t really hear the calls,” he continued. “You’re just waiting for the call to come out, so being on the sideline and able to hear the call and hear him relay the message to Nick [Vigil] or Anthony [Barr] … it was a lot more eye-opening for me to understand and kind of see where Coach is coming from when he calls certain things.”

Vigil and Barr have handled “green dot” responsibilities as the player with an in-helmet communications device that receives calls from the sideline.

Peterson opened practices by accompanying teammates for stretching in the weeks that he was on Injured Reserve.

“I wanted to stay in the routine. I got here very early each and every day while I was on IR, so I had the opportunity to get all the treatment and rehab out of the way early,” Peterson said. “I just wanted to be around the guys and let them know, ‘I’m still here to help you guys, I’m still here to motivate you, and whatever you need from me, I’m still here for you guys.’ “