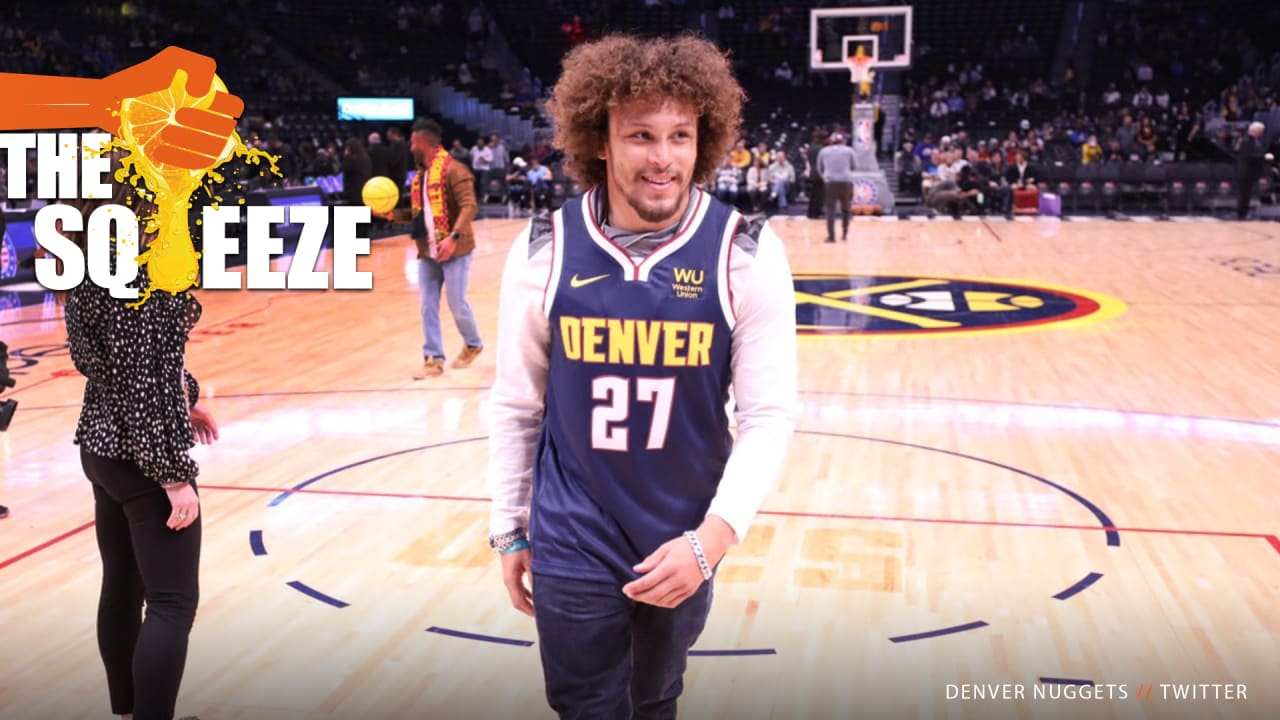 Lindsay took the pregame free throw on Thursday night at the Denver Nuggets game, and his teammates reacted to him coming this close to making it.

The Broncos weren’t the only NFL players at the game, though! With the Chargers in Colorado Springs for the week to prepare at elevation ahead of their Nov. 18 game in Mexico City, a few of their players were able to meet up with some of their favorite rivals. Lindsay and Von Miller hung out with Melvin Ingram, Travis Benjamin and former Bronco Jeff Holland before watching the Nuggets defeat the Brooklyn Nets.