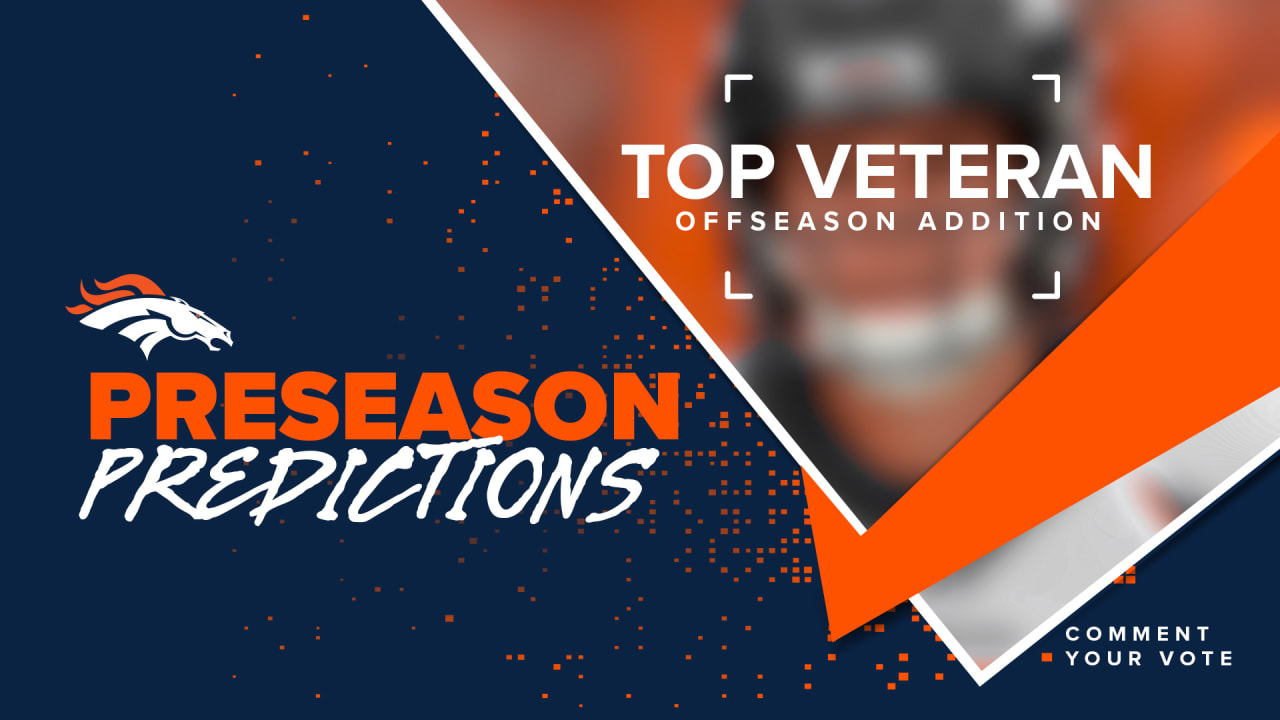 Jhabvala: “A productive pass rusher and consistent run-stopper, Casey is one of only four defensive linemen to have at least 40 tackles, five sacks and 10 quarterback hits in each of the last seven seasons. The Broncos needed help with their interior pass rush last season, and Casey’s presence should not only create trouble for quarterbacks, but also more opportunities for Von Miller and Chubb.”

Jones: “The Broncos’ defensive line will be different without Derek Wolfe, but I think Casey will be a huge presence as an interior pass rusher and I think he’ll pretty quickly join Von Miller as the leader of the defensive side of the locker room.”

Koenigsberg: “While Derek Wolfe had a great career in Denver, he never made the Pro Bowl. With Wolfe now a Baltimore Raven, the Broncos are replacing him with a guy who has five Pro Bowls to his name. It’s not a stretch to say that Casey very well may be the best player Von Miller has ever worked with on the left side of the line. Watch out, offenses.”

Krisztal: “It’s not often you hear players openly talk about the Hall of Fame, but that’s exactly what Jurrell Casey did the first time he met the Denver media. He mentioned that playing next to Von & Chubb will make it that much easier, telling me on KOA the day he was traded, ‘The talent that those guys posses is gonna open up the game for me a whole lot, and that’s all I can ask for. At this time in my career [I’m] looking to take off and be a Hall of Fame Player!’ Casey has gone to five straight Pro Bowls, so there’s no reason to think, playing next to those pass rushers and in Vic Fangio’s defense, that he won’t be headed to a sixth straight Pro Bowl.”

Legwold: “It’s close between Melvin Gordon and Casey, but I give the nod to Casey and he remains potentially as one of the best steals of the offseason anywhere in the league — to secure a five-time Pro Bowl selection who is healthy, playing at a high level in exchange for a seventh-round pick.”

O’Halloran: “A Pro Bowl selection the last five years, Casey will make it eight consecutive seasons with at least five sacks as he works with outside linebackers Von Miller and Bradley Chubb (translation: plenty of 1-on-1 matchups).”

Renck: “He is disruptive, a wrecker of game plans. He will play well, while also providing DeMarcus Ware-type leadership in the locker room.”

Spencer: “Any time you can add a Pro Bowler to a good defense it is a major win. Casey’s experience and talent will prove to be a big boost to the Broncos’ D, and could allow for big years from Von Miller and Bradley Chubb.”

Klis: “He got the richest contract. Always follow the money.”

Logan: “Expected to solidify the interior [offensive line]. Has multiple NFL starts at guard and center.”

Levy: “This too feels like chalk, but Melvin Gordon has plenty to prove and a lot left in the tank to do it. Drew Lock will count on Gordon to take some of the pressure off of him and Gordon’s success running will open up the passing game. Staying in the division, without having a lot of outside offers, will make for a motivated Mel.”