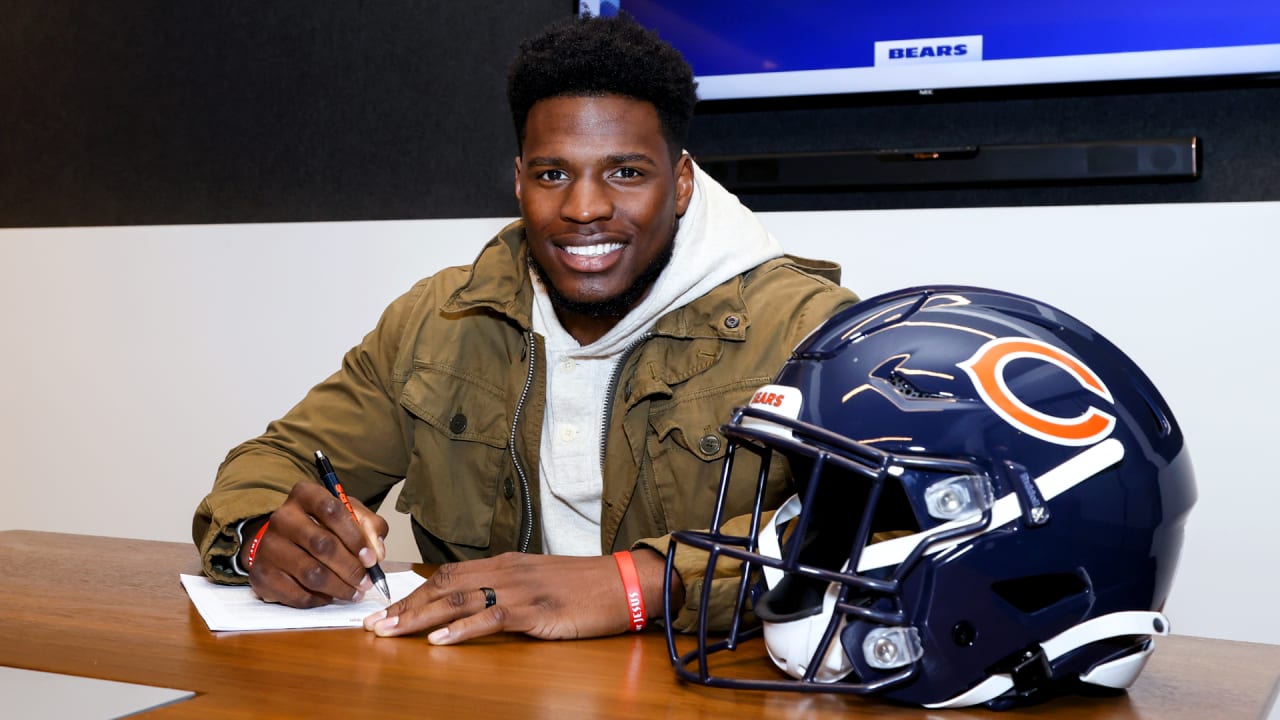 Playing in such a small program forced Morrow to play catch-up when he entered the NFL. He had to learn some of the nuances of the game that were already ingrained in teammates that had attended major colleges.

“It’s humbling, right?” Morrow said. “The first thing you realize is that I came from Division III football. A lot of the schemes, I didn’t understand. So, I had to take a lot of time to study. I started getting to the facility early. My rookie year I came in and I would just take a couple plays and I would study them, I would break them down. I would do that every day, and by the end of the year I just started to understand, because it was a whole different language to me.”

Morrow quickly discovered that the key to not only earning a roster spot but remaining in the NFL was all about work ethic and preparation.

“It’s not necessarily about talent once you’re in the league; it’s about staying in the league,” he said. “You do that by knowing a lot of football and being able to play hard and fast.

Morrow blossomed in 2020, establishing career highs with 11 starts, 78 tackles, eight tackles-for-loss, 3.0 sacks and eight pass breakups. Unfortunately, last summer he sustained an ankle injury in a joint training camp practice with the Rams that caused him to miss the entire season.

“It was hard,” Morrow said. “The most frustrating thing was I was there for five years and we made the playoffs [for the first time] and I wasn’t able to be a part of it. But just being in the locker room, being around those guys and being in the linebacker room, that was fun. But it was obviously hard to watch and not be able to contribute.”

Hoping to return late in the season, Morrow continued to attend team meetings. He resumed practicing prior to the Raiders’ wild-card loss to the Bengals but was not activated for the game. He was planning to play the following weekend in the divisional round had Las Vegas defeated Cincinnati.

“Preparation is key to me,” Morrow said. “I enjoyed sitting in the meetings and hearing the checks, hearing the adjustments because I was planning to come back. If I was able to play, I wanted to make sure it was the smoothest transition possible. It wasn’t hard to stay locked in. I think the hardest thing was seeing everyone out there playing, having fun and not being able to do it. That was the hard part.”

In joining the Bears, Morrow is determined to revert to the form he displayed in 2020. He’s a fast, versatile player who lined up at all three linebacker positions in the Raiders defense. He doesn’t have a preferred spot, saying: “Sometimes I played all three in the same game, so I’m comfortable at any position.”

Morrow is excited about playing for new Bears coach Matt Eberflus, who spent the past four seasons as Colts defensive coordinator. Indianapolis finished in the top 10 in the NFL in run defense and takeaways in all four of his years, top 10 in points allowed three times, and was the league’s least penalized defense in 2019 and 2021.

“His résumé speaks for itself,” Morrow said. “It’s in the tape, right? You see what he did in Indy, with the turnovers they had, the defense that they had together, and the staff they put together here.”

Morrow’s preparation will be even more comprehensive this offseason than ever before—and not only because he’ll be learning a new defense. There are also lyrics to a popular song he plans to memorize.

“A lot of my teammates from Greenville are huge Chicago Bears fans,” Morrow said. “I got a lot of texts from them. One of my friends sent me the ‘Bear Down’ song. He was like, ‘You’ve got to learn this.'”

Given his work ethic, Morrow figures to be able to sing along with the partisan crowd at the Bears season opener.