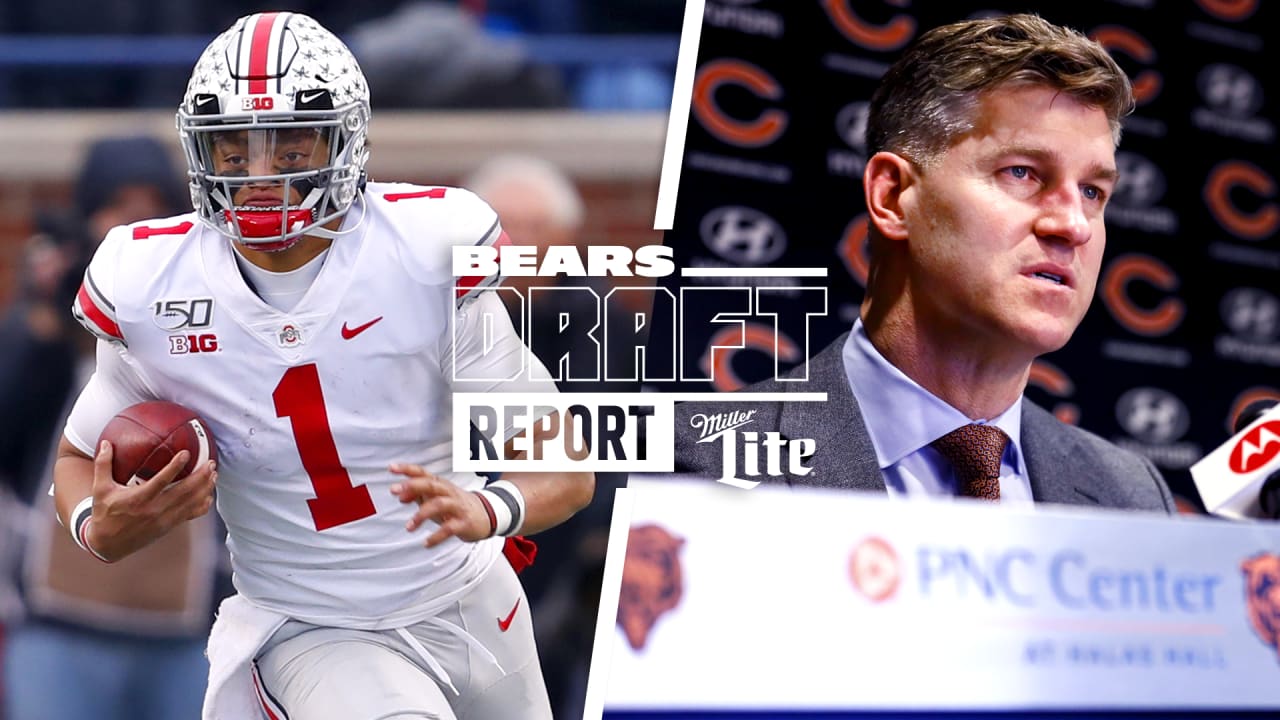 During his pre-draft video press conference Tuesday, Pace told reporters that he felt the Bears were set up extremely well to groom a promising young quarterback because that player would be surrounded by experienced teammates and coaches.

In joining the Bears, Fields will be able to learn from veteran quarterbacks Andy Dalton and Nick Foles as well as coach Matt Nagy, offensive coordinator Bill Lazor and quarterbacks coach John DeFilippo. All three coaches played quarterback and have developed quarterbacks in the NFL.

“What I love about our environment is the veteran quarterbacks that we have in that room,” Pace said. “I don’t know if you look around the league how many teams have that kind of experience in the room.

“And then the coaches that we have surrounding that position. I can’t say that enough. Like from Matt to Lazor to Flip. I mean, Flip, he is one of the best coaches in the league at developing quarterbacks. I really believe that. And he is so excited, and Lazor’s excited and Matt’s excited about the opportunity to do that, but at the right speed, because that’s what matters. Developing this guy and the process of how we do that is important. We’ve got a good plan in place to surround him with the right resources, to develop him the right way.”

Pace feels that the strong infrastructure the Bears have in place will help Fields.

Pace revealed that Nagy had spoken to Dalton Thursday night about the Bears drafting Fields.

“That communication and clarity for us is really important,” Pace said. “Andy is our starter, and we’re going to have a really good plan in place to develop Justin and do what’s best for our organization and win games.”

The Bears would love to replicate what the Chiefs experienced in 2017 when Nagy was Kansas City’s offensive coordinator. First-round pick Patrick Mahomes spent his rookie season watching veteran Alex Smith pass for a career-high 4,042 yards and 26 touchdowns and lead the NFL with a 104.7 passer rating.

“Getting [Fields] is one thing, but for us to surround him and develop him is the other thing,” Pace said. “You can draft the players, but you have to develop them the right way. And Matt, he has the blueprint. They did an awesome job with Patrick coming into Kansas City, and Matt and I have talked about that a lot; that year and how it was handled. He kind of has a blueprint on how that whole situation went down.”

But what would the Bears do, Pace was asked by a reporter, if Fields clearly outperforms Dalton and the rookie proves he deserves to start?

“We just have to let it play out,” Pace said. “I think one of the best feelings in the world would be, ‘Hey, we’re rolling, we’re playing really good football, we’re winning and we’re looking over there and we’re seeing this guy and we all know, everyone in the building knows that, hey, we got a guy.’

“As these guys come into this, even all the experiences they have at the college level, growing and watching tape, reading defenses, working in the huddle … These guys haven’t even really been in a huddle the way the college offenses are. Matt tells the story about Patrick’s first time in the huddle, his first practice, he’s screaming as loud as he can. [Nagy’s] like, ‘Dude, you don’t have to scream; you’re in a huddle.’

“It’s just so new for these guys. It’ll be a daily process, a daily evaluation, but we’re excited to let that play out.”