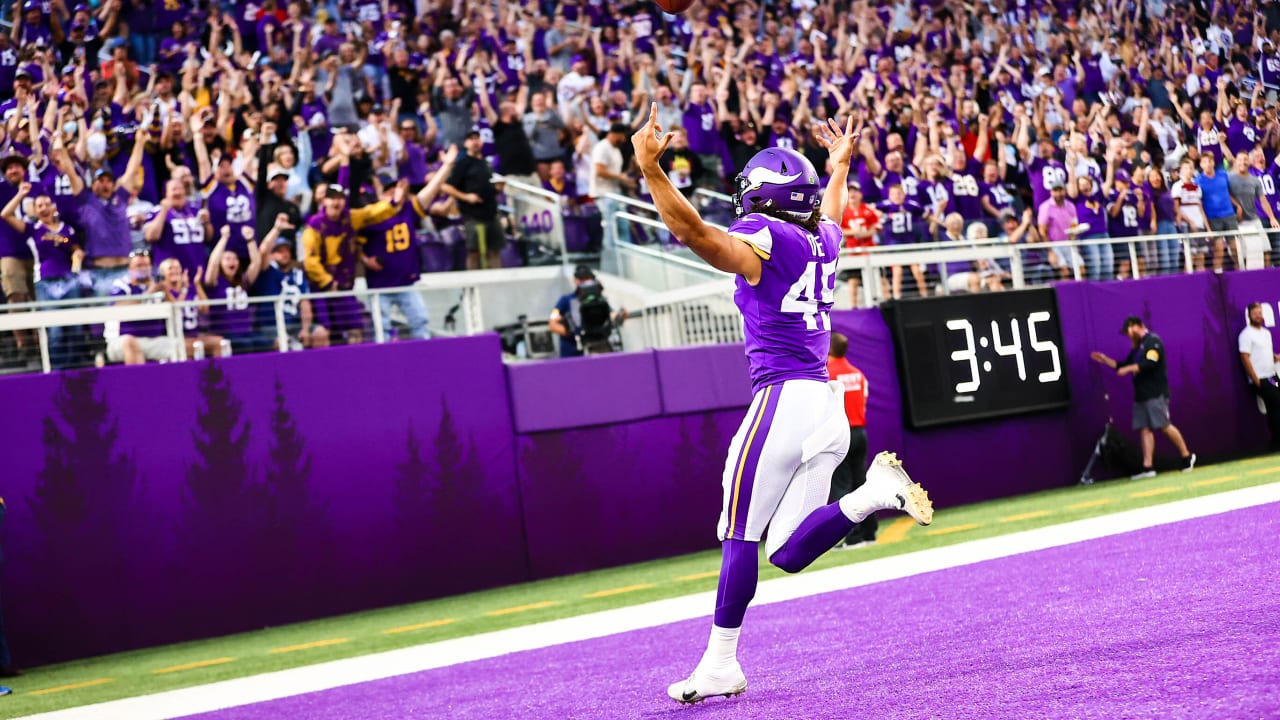 “Troy, I think he’s grown up a little bit from his rookie year. He’s really locked into the details of his assignments,” Zimmer said. “I think calling the huddle has been really good for him because he has to get people lined up. He has to get the ball. It’s on him if everything’s not right. I think he’s got his arrows going in the right direction right now. The last two weeks, he’s had a good two weeks.”

The Vikings responded after a disappointing showing against the Broncos in their first preseason game, a contest in which Minnesota rested all projected starters except for Stephen Weatherly and D.J. Wonnum, who are competing for the starting defensive end job opposite Danielle Hunter.

The bounce-back involved more snaps for starters, as well as the rest of the roster becoming more locked in with the defense.

“I think we did a really good job as a unit, going out there and just reading our keys and dialing [in] on things,” Dye said. “Definitely still things we have to clean up, myself included. There was a pull on one of them, I have to get over the top. I kind of stayed backside and didn’t hit the B gap where I was supposed to be. So it’s just small, minute things like that, that can really change the whole aspect of the game, from going to a first down to a second-and-8, which makes a big difference on the play call that Coach can call in the game.”

It remains to be seen if starters will play in Friday’s preseason finale at Kansas City or what calls might be sent in from the sideline, but Dye will be ready to relay them if asked to do so.