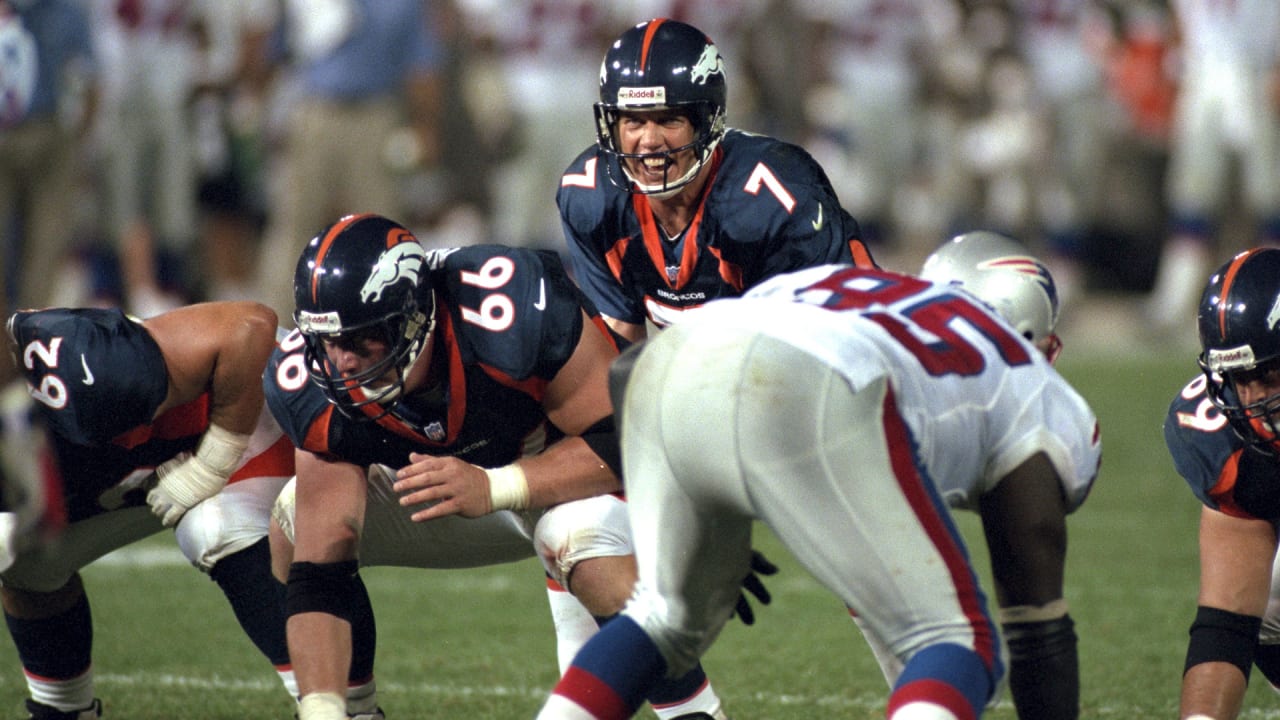 Six decades is a long time, in pro football as in any other endeavor.

But generally speaking, individuals naturally focus on the most recent years.

So it is with the Denver Broncos and New England Patriots, with the heart of that focus being on the Patriots as multiple Super Bowl winners and the Broncos trying for the last several seasons to recapture a spot in the NFL playoffs.

But let’s take a look back further into franchise history.

When magnificent Pro Football Hall of Fame quarterback John Elway was under center for the Broncos, Denver never lost a game to New England. The two teams played 11 times in the period from 1983-98, including one postseason matchup, and Denver was 11-0 in those games.

Many fans remember the NFL Films video of fellow Hall of Famer Shannon Sharpe clowning around on the Broncos sideline, picking up one of our bench phones and jokingly saying, “We need the national guard. We need as many men as you can spare, because we are killing the Patriots!”

I remember another time when we had a home game against the Patriots and Elway was bothered by a balky shoulder and unable to practice for much of the week. It was determined that he would throw on Saturday to see if he could go, and the entire traveling New England press contingent came out to our Dove Valley headquarters to see what was what. They were collectively holding their breath that Elway could not play.

Unfortunately for them, Elway threw the ball around a bit, pronounced himself fine, and destroyed the Patriots soon after.

Those were halcyon days for the Broncos and John Elway vs. New England.

The Broncos have an overall 26-22 regular season record against New England, including a 17-11 mark in the Mile High City.

But the most unusual and dominating part of the series is that for 30 years, from 1969 through 1998, Denver never lost a home game to the Patriots. It started in 1969, when both teams were still in the AFL, continued through the AFL-NFL merger, and didn’t end until after the Broncos had gone to six Super Bowls, winning twice. Of course, the two teams did not play in Denver every season, but put another way, New England went 32 years between wins in Denver.

Their streak of ignominy began with Mike Taliaferro (pronounced Tall-i-ver, Like Gulliver) at quarterback here in 1969, and continued through the quarterbacking of Jim Plunkett (who later would win the Super Bowl twice with the Raiders), Tom Owen, Steve Grogan, Tony Eason (drafted in 1983, in the same class as John Elway, with dramatically different results), Tom Ramsey, Hugh Millen and Drew Bledsoe. That’s a lot of guys who took snaps in Denver without winning.

I can’t say whether any other NFL team has had a longer streak at home against another single opponent, but this has to be one of the longest runs.

John Elway has his spot in the Hall of Fame and is solidly in the pantheon of the greatest quarterbacks of all time, and he had much more notable wins than just a number of regular-season games against one opponent.

But nevertheless, John remembers vividly that he never lost to the Patriots in his 16-year career.

And some of our fans also recall that the Patriots, whether known as “Boston” (back in 1969) or “New England,” went 32 seasons between wins in Denver.