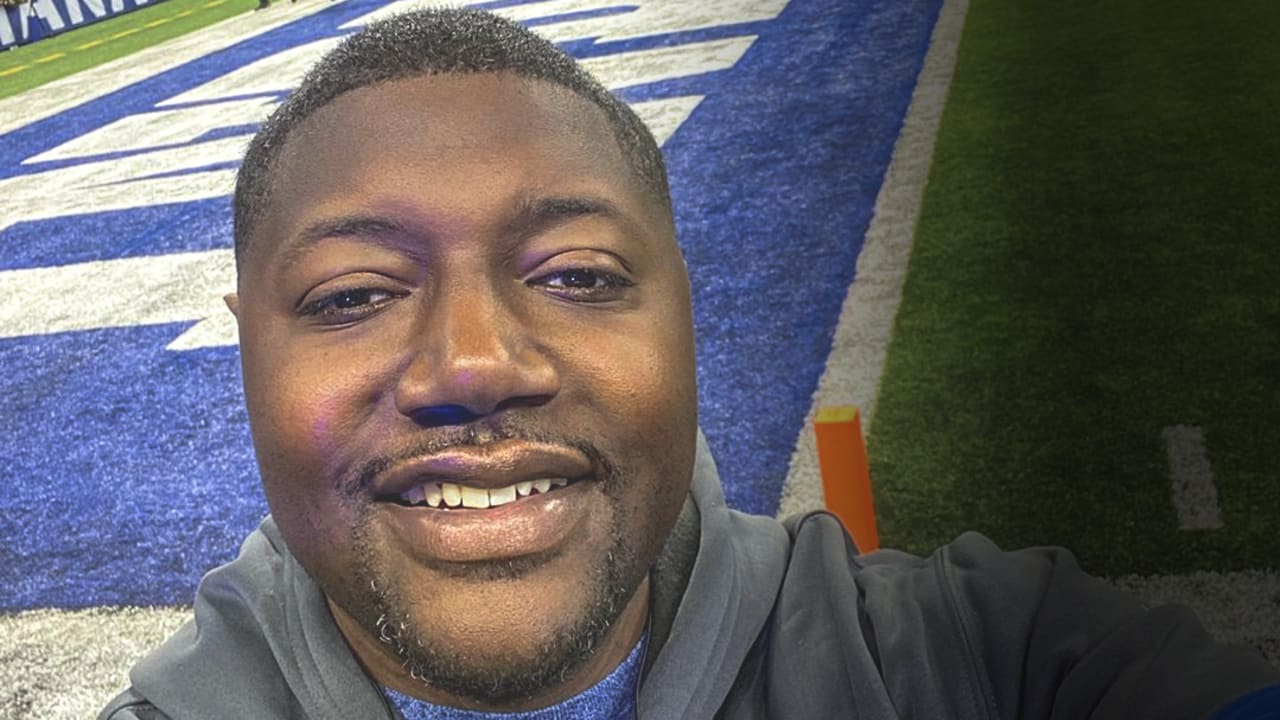 A track and field and cross country athlete at the school, Overton initially didn’t dare mingle with the basketball, football and soccer players that seemed to have their run of the Bloomington, Ind., campus.

But Overton was able to escape her bubble, and eventually she was introduced to a then-sophomore nose tackle from Indianapolis that become a friend for life.

Yep, you guessed it: Chris Beaty.

“Chris instantly was this dynamic, engaging personality, who you met him and you gravitated toward him,” Overton said. “He had this just incredible inviting energy that you felt a connection with him instantly. And as a freshman, you don’t think anybody is going to pay attention to you — and maybe you don’t even want anyone to pay attention to you because you’re so overwhelmed. And Chris was always the guy who at dinner at training tables, he would almost always make the rounds. He would pop over to your table, sit down and say hi.”

Overton and Beaty remained close in college, but drifted apart a bit once they embarked on their respective professional careers.

But about 10 years ago, when Overton moved to Indianapolis and eventually took a job at FOX59/CBS4 as a morning show traffic reporter, and then later as a sports anchor and reporter, there was her old friend Beaty, always willing and able to lend a helping hand.

“He was the ultimate connector of people,” Overton said. “And I mean that in terms of making connections, friends to friends, but then also just having such a genuine interest in you, in your happiness, in your wellbeing.

“And he was such a cheerleader, a champion, an advocate for you,” Overton continued. “In every sense, you walked away from a conversation with Chris and almost felt like you’ve been given some sort of pep talk in the sense that he would tell you, ‘I’m so proud of you. You’re doing awesome. You’re doing great.’ It was just the most energizing feeling, because he had such a way of connecting with people.”

Last year, Overton was hired to her dream job, becoming a producer, host and reporter for the Colts. One of her favorite home gameday rituals throughout the 2019 season was running into Beaty on the sidelines.

“We are so fortunate to have the privilege of the jobs that we do talking about sports, covering live events, but some days, gamedays, are stressful, especially pregame when you’ve got a million things going on. And maybe a couple of things are popping up that you’re trying to troubleshoot,” Overton said. “You’re in that mode of just go, go, go, this, this, this. And whenever I would see Chris on the field on gamedays, it was this sense of calm, this sense of happiness. I would always look forward to getting that big old bear hug, seeing that smile, and taking a pause for that point in time to chat with him and being reminded of just how significant these opportunities are.”

Overton tears up and she looks at her phone and pulls up her last-ever text message exchange with Beaty.

“He just reached out to see how Lindy was doing,” Overton said. “He knew I’d spoken with her and he just said, ‘She is in my prayers. She’s so strong. I know she’s going to get through this.'”

In fact, Beaty’s final tweet was sent to Thackston on May 26, just four days before his tragic passing.

“Sending love, thoughts and prayers as you start the journey,” Beaty wrote. “You got this @lindythackston. Stay strong! 💯💪🏾”

“That was Chris, thinking of everybody else and letting everyone else know that he had your back, he was there for you,” Overton said “He was supporting you, whether that was vocally, whether that was through prayers, whatever it was. And that is just something that to me describes the ultimate selflessness and just truly the ultimate friend. And I’ve said this time and time again, whether you had known Chris for 15 minutes or 15 years, you knew you had a genuine friend in him.”