1. Harrison high on Dugger: A benefit of Bill Belichick being in his 21st season as Patriots coach is the ability to connect his current players with some of the greats from the early years of his tenure. One example is how Patriots Hall of Famer Rodney Harrison has hooked up with safety Kyle Dugger, the team’s top 2020 draft pick (37th overall).

“Right after the draft, they gave me his number and I just called him. I reached out and talked to him,” said Harrison, who enters his 13th season as a pull-no-punches analyst for NBC’s “Football Night in America.” “Even this offseason, I text him and say, ‘Hey, send me some clips you want me to look over of you in coverage.'”

Harrison, whose impressive 15-year NFL career came after playing at Western Illinois, sees a link between the two based on their small-school roots (Dugger went to Division II Lenoir-Rhyne). Furthermore, Dugger is 6-foot-2 and 220 pounds, similar to Harrison in his playing days (6-1, 220).

“[Coach] Belichick told me that he’s been looking for a young kid who can come in and do a lot of the things that he basically asked me to do. Kyle can be that,” Harrison said, referencing the “money” position as a linebacker in six-defensive-back packages, among other things.

“I love the kid, his attitude. He’s such a humble kid, and he wants to be really good. He asks questions.”

Last week, Dugger told reporters he studies Harrison’s film, but didn’t reveal how much Harrison has studied him, while also passing along words of advice.

“I’ve been telling him ‘You can cover. You just have to believe in yourself a little bit more. Don’t give those tight ends free releases. Get up there and jam them — you’re a big kid, you’re strong, so get up there and challenge them and don’t make it easy for them,'” Harrison said.

“In the pass game, I just want to see him play with more confidence. He just has to believe what he sees. I tell him, ‘Believe what you see and go get it! Don’t second-guess yourself! Be aggressive! You don’t need to play careful.’

“In the run game, I think he’s tough and he’s starting to really see the line-block combinations; when the tight end blocks down and the tackle pulls, where he needs to go, where his proper fit is.”

“He’s not a man of many, many words, but he loves the game of football,” Harrison said. “Having some veteran players around him, and him continuing to grow, I think he’s going to be a fantastic player.”

2. Cam’s first step: Quietly and with little fanfare, Cam Newton had been working with a throwing coach to rebuild some of his fundamentals this offseason. Some who shared a field with him this past week at voluntary Patriots workouts — the first time players were on the field as the program shifted to its second phase — noticed a difference. What does it mean in the big picture? The essence of the Patriots’ offseason program is teaching-based, with the goal to give every player what they need so they can be in the best position to compete come training camp, so any pure evaluation is premature. But some teammates view Newton as getting off to a nice start last week.

3. Eyes on Julio: If the Falcons are truly in a vulnerable position, and forced to trade receiver Julio Jones because of a dire cap situation, it makes sense that the Patriots would be among the teams interested. The Patriots’ offseason approach has centered on making the most of their ample cap space in a year when the majority of teams don’t have as much, which created rare opportunities to acquire top players at less-than-top-of-the-market prices. The Jones situation fits.

Max Kellerman makes a case for why the Patriots should pair Cam Newton with Julio Jones.

4. Uche’s health: Maybe the most important Patriots interview nugget of the week came from second-year linebacker Josh Uche, who said: “I feel great. The training staff has done a tremendous job helping me come back from what I was going through.” Uche, the 2020 second-round pick from Michigan whose athleticism and suddenness are promising, hurt his foot in a Week 16 loss to the Buffalo Bills and was quickly placed on injured reserve. A significant injury that compromised his offseason development would have been tough, but he made it sound like that hasn’t been the case.

5. Harrison surprised: Here is one Patriots leftover from a chat with Harrison. “I was really, really, really shocked — like everybody else, I guess — that Belichick went out and spent as much money as he did. I thought he did a great job of finally getting some talent in there. Two really good tight ends. I love Jonnu Smith. I don’t think the Titans used him enough. … With the addition of a lot of really good players, I think the Patriots have a chance to win the division, and I don’t even know who the quarterback is going to be.” 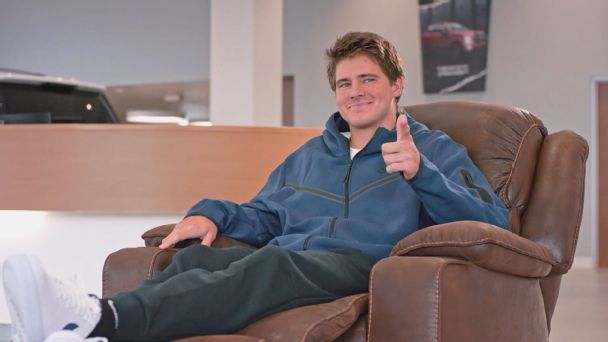 6. Guy-Godchaux duo: Chemistry between quarterback and receiver is often highlighted as vital — it was something Tom Brady stressed annually — and a similar dynamic exists at other positions, too, such as defensive tackle. So it was more than a passing note when Lawrence Guy said Thursday that he has been working closely with big-money free-agent signee Davon Godchaux in virtual meetings on how they will have to react quickly, and in concert, to rapid-fire play calls. A powerful pairing of Guy (6-4, 315) and Godchaux (6-3, 311) at the heart of the line of scrimmage looks like a good start to rectify struggles against the run last season, when the Patriots ranked 26th in rushing yards allowed per game (131.4) and 20th in opponents’ rushing average (4.5).

7. Edelman at peace: Listening to retired Patriots receiver Julian Edelman on “The Michael Irvin Podcast,” one big takeaway was that he’s at peace with his decision and has no plans to play again, because his injured knee (bone on bone) won’t allow it. Of the Pro Football Hall of Fame candidacy debate that followed his retirement announcement, Edelman said: “I’m not here to make a case. I didn’t play the game to be in the Hall. I played the game to, first off, make a team. And then to go out and win Super Bowls.”

8. Snap to it: When the Patriots signed long snapper Wes Farnsworth on Thursday, one line of thinking was that it was competition for seven-year incumbent Joe Cardona. Not necessarily. More likely it was to help Cardona. The Patriots have three kickers on the roster (Nick Folk, Roberto Aguayo and Quinn Nordin), and for each to get the reps they desire, that’s an added burden on the snapper. So bringing in a second layer on the depth chart, and even a second holder (e.g. Brian Hoyer), helps set up two snap-hold-kick operations without overtaxing specialists.

9. UDFA blackout: The Patriots could always add another undrafted free agent, but as of now, Nordin — the kicker from Michigan — is the only UDFA they have signed this year. It sets up a higher likelihood that the team’s 17-year streak of having an UDFA on the opening-day roster will be broken. The team has instead targeted players with NFL experience to fill out its 90-man roster in an approach that is markedly different, and seems to be tied, in part, to a shallower pool of UDFAs than the norm (fewer college players signed with agents in 2021 after a season disrupted by the coronavirus pandemic).

10. Did You Know: Patriots second-round pick Christian Barmore recorded 11 pressures in the College Football Playoff last season, which is the most by an interior defensive lineman in the CFP over the past three seasons, passing former first-round picks Christian Wilkins (nine) and Quinnen Williams (seven).