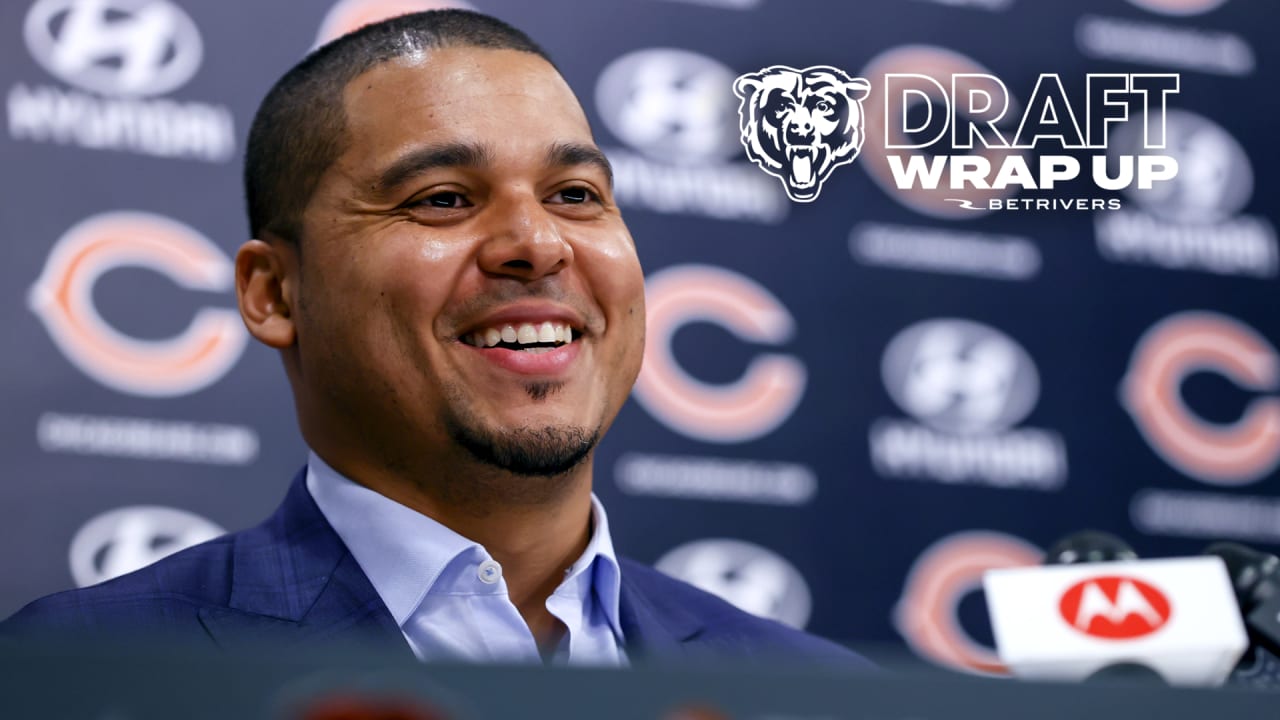 LM: You spoke before the draft about wanting to trade down to acquire additional picks. You made four deals that yielded five extra selections on Day 3, but none on Day 2. How close did you come to moving down in the second or third round?

RP: “It’s like anything really in sports or even in life. You have a plan walking in the door, but you have to be able to adjust and adapt. And when the players presented themselves to us in Kyler [Gordon] and Jaquan [Brisker], it made it really hard to get off those spots, and we ended up with those two players. Everyone was shocked that they were still there, so we were pumped. When you have players in a certain range on your board, it takes something special to get off those players. They were high on the board and we were excited that they were there, so we had to take them.”

LM: Did you come close to trading up at any point in the draft?

RP: “This year we were trying to be as disciplined as possible. There were some players that we liked and we considered, but we knew that from this draft we needed as many good players as possible, and to do that was to enhance the amount of picks that we had. So, we decided to be pretty disciplined with that and trade back rather than giving up picks to [move up]. There were some opportunities and some thoughts and discussions about doing that, but we really wanted to stick with the plan.”

LM: Why did you have Bears area scouts speak to the media about the prospects that were drafted from their respective regions?

RP: “It was really important to me. I’ve been in their shoes before and they need to be recognized for the work that they’ve done. They spend countless hours and drive thousands and thousands of miles going to these schools to get information about the player: how they affect the locker room, how they affect the community, and then they watch the tape and evaluate talent. I just wanted to get them out front for them to be recognized for their hard work and actually give really good insight for stories on what they saw out of the player.”

LM: A handful of the players you drafted took advantage of the extra year of eligibility that was granted due to COVID to return to play a fifth or even sixth year (for those who had redshirted). How did they benefit from playing another year of college football?

RP: “They got another opportunity to show their talent and to improve and develop, which is exciting for them, and really presented these opportunities to be drafted by us. Obviously, with COVID it increased the volume of players that were a little bit older. We thought it was a good idea just to bring in good football players and not get too caught up and move guys back because they were a year older than some of the other prospects.”

LM: When evaluating those players, how did you balance them being older than typical rookies with the extra year of experience they gained?

RP: “I think for where we are as a team, it actually probably benefits us just to have more mature, game-ready, pro-ready players that are a little bit more experienced and mature. They’ve gone through some things. They’re a little bit more dependable, reliable, both on and off the field. So, I think that will benefit us for where we are. In terms of balancing, I think the draft alone will get back to where it was and the age curve will come back to what was normal.”

LM: Several players you selected, including Gordon and Brisker, were among 30 prospects who made pre-draft visits to Halas Hall. What’s the benefit of those “top-30” visits?

RP: “Just spending more quality time with them. For the coaches, the football intelligence is important. How they learn is important. So, really getting on the board and watching tape and installing some things and then having them reinstall it back, you get an understanding of what they know about the game and how they were taught and also where they need work. And then as a person, just spending time around the building: in the cafeteria, meeting with player engagement, meeting with our trainers, our performance staff. The more contacts, the more people they run into within the organization, the more information you can gather just in terms of how they carry themselves.”

LM: Are all the top-30 visits the same? For example, do you take each of the players out to dinner while they’re in town?

RP: “If the schedule permits, we like to take as many of them out to dinner as possible. It’s valuable time. Anytime you share a meal, you get stories and you get to understand personalities a little bit better because it’s just more time spent. The only thing that really changes a visit is if a player was a combine or non-combine player. If they’re non-combine, there’s going to be a physical included just so we have better information about their health.”

LM: Do you have an example of being convinced to draft a player after visiting with him?

RP: “Sending our O-line coaches down to work out Braxton [Jones] was important. When they came back you could tell that they saw something in him that they could develop. With Velus [Jones Jr.], he did a Zoom because it was hard to get flights out of Knoxville with his schedule. You could tell the more people that talked to him, there was a little bit of a buzz in the building just in terms of how he presented himself and what kind of man of character he was. Everyone was excited about the possibility of drafting a player like that.”

LM: What did you think of the viral video of seventh-round pick Elijah Hicks celebrating his selection by the Bears?

RP: “It was just a confirmation of what we thought he was. He’s a ball of energy who is passionate and loves playing football, a corner that moved to safety because he has one of those attitudes. You probably heard him say, ‘I’ll do whatever it takes.’ He’s a whatever-it-takes kind of guy. Line him up anywhere: special teams, safety, corner, he’ll do it and he’s going to do it as hard and fast as possible, and that’s what stands out about him.”

Tags: Players they were