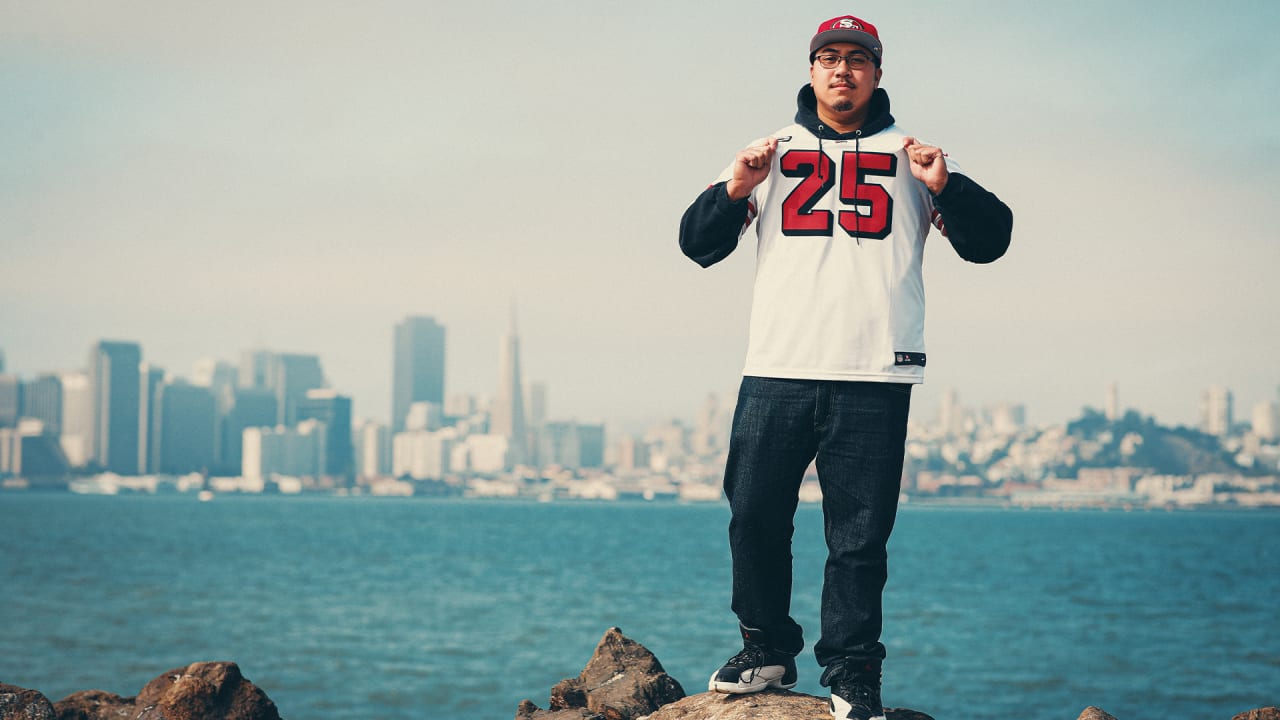 The Faithful to The Bay campaign celebrates the unwavering commitment of the team’s fans throughout the Bay Area, Northern California and worldwide. To the Faithful, the 49ers are more than a team, it’s a way of life and touchstone for lifelong memories with friends, family and fellow Faithful. Similarly, the Faithful to The Bay campaign will demonstrate the team’s commitment to fans both on gameday and year round.

“Faithful to The Bay is more than a motto for the 49ers, it’s a unifying idea for the Faithful throughout the world. It embodies the shared commitment our fans and our team have to each other and to our community at large.” said Alex Chang, 49ers Chief Marketing Officer. “Together, we all take pride in representing the Bay and the ideals that define us: inclusion, innovation and achievement.”

The Faithful to The Bay launch video pairs iconic imagery from across the region with historic moments from team history. The video provides the context and inspiration for the ways the campaign will come to life, including but not limited to:

Faithful to The Bay is a campaign that will build year over year while providing a seamless platform for celebrating other organizational milestones and initiatives such as the franchise’s 75th Anniversary in 2021. The Faithful to The Bay campaign is designed to be a customizable and more personal platform born out of the multi-year Faithful Then, Faithful Now marketing campaign that was retired after the 2019 run to Super Bowl LIV.

Faithful owning a keen eye might know that Faithful to The Bay has been in the works for over a year and was first teased back in November when Illuminaries, a Bay Area artist group, partnered with the 49ers to commission a new mural in San Jose donning the words Faithful to The Bay. Another easter egg that diehard members of the Faithful might have noticed is the New Era 2020 NFL Draft Cap, which featured Faithful to The Bay on the side. Fans of the recently released Madden ’21 video game by EA Sports may have seen the Faithful to The Bay field wrap for games played at Levi’s Stadium.

More specific announcements regarding the campaign will be released in the coming weeks. Fans can expect to find news and original content at 49ers.com and @49ers on social media.