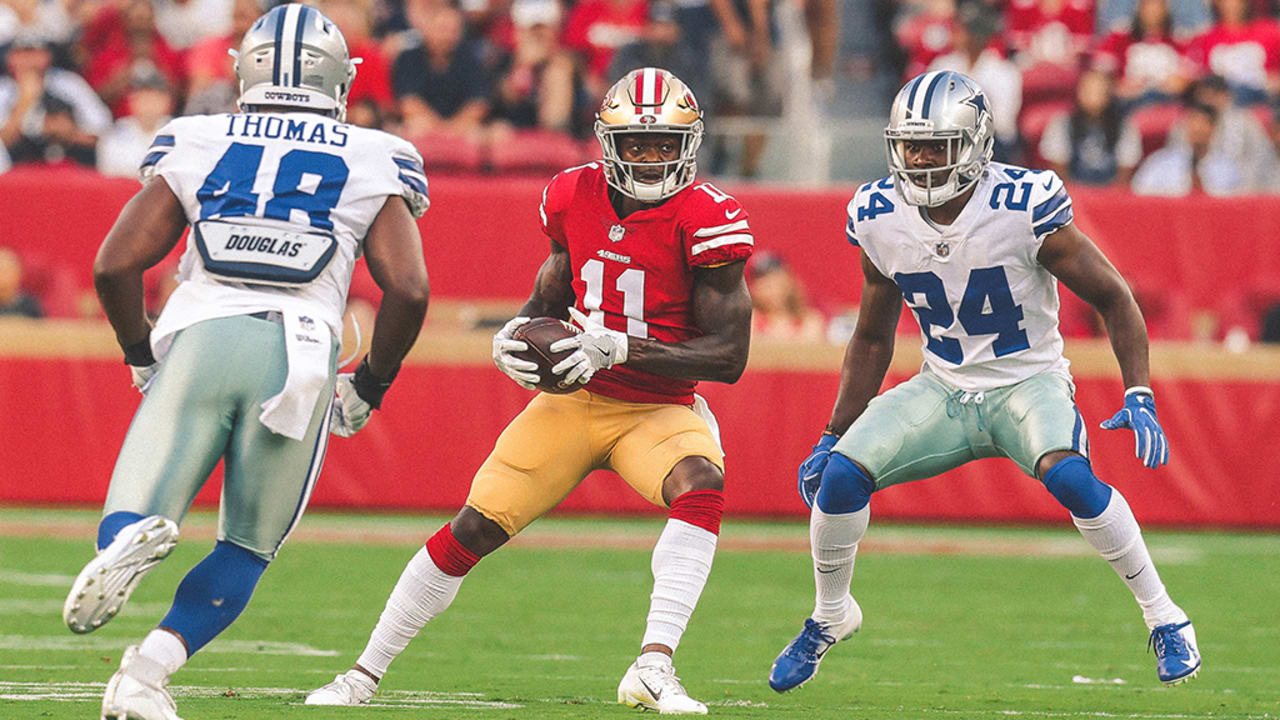 The San Francisco 49ers will open the preseason campaign at home against the Dallas Cowboys presented by SunPower. The game takes place on Saturday, Aug. 10 at 6:00 p.m. PT at Levi’s® Stadium. Here are all the ways to watch the game!

A limited number of tickets are available on Ticketmaster.com.

If you are in the 49ers primary or secondary market you can view the KPIX live stream of the game here or on the 49ers app.

49ers fans in the U.S. can sign up for NFL Game Pass to watch every 49ers regular season game on-demand.

The live in-game broadcast featuring play-by-play announcer Jesús Zárate and color commentator Carlos Ramirez will be streamed at no cost to fans exclusively on 49ers.com.

Videos to Watch Before the Game