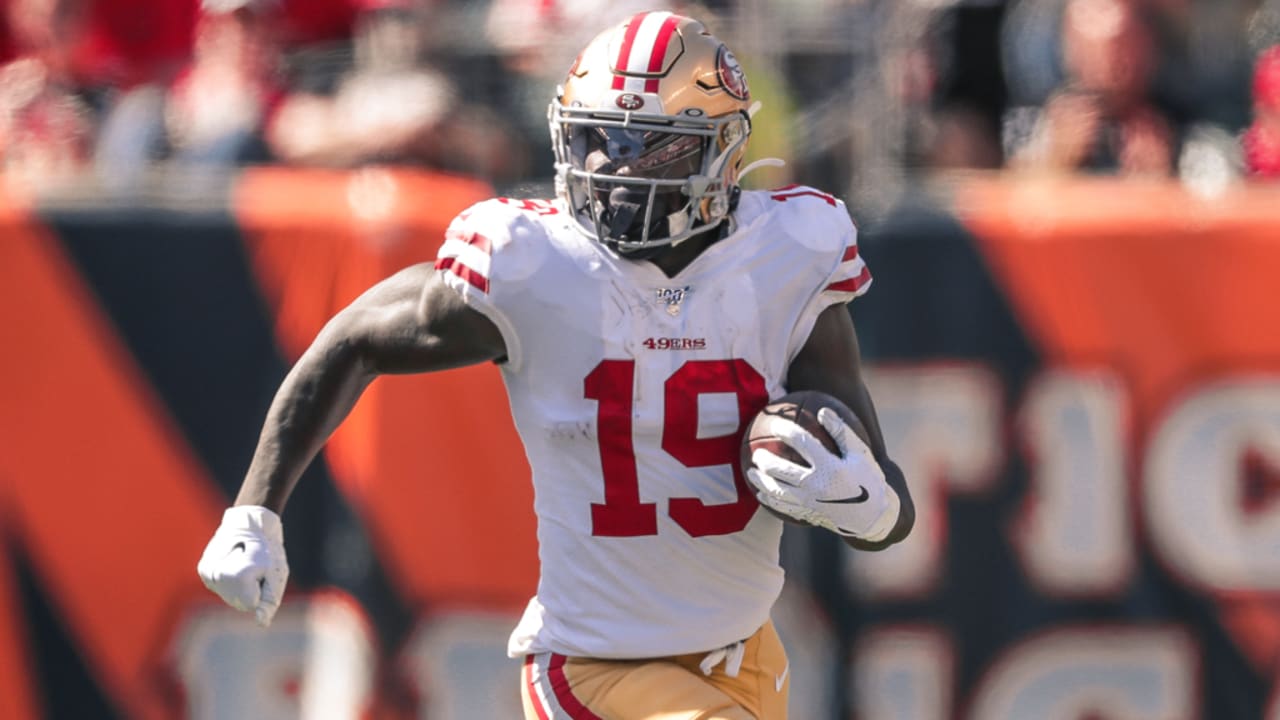 Kyle Shanahan provided injury updates ahead of the San Francisco 49ers contest against the Washington Redskins. Here’s a breakdown of who is in and who is out as San Francisco looks to improve its undefeated streak in Week 7.

D.J. Jones (hamstring) and Deebo Samuel (groin) have both been ruled out for Sunday’s contest. Second-year defensive lineman Jullian Taylor is likely to be active against Washington as insurance with Jones out. Veteran receiver Jordan Matthews, who was a healthy scratch during San Francisco’s last two games, is also likely to be active against the Redskins. Matthews spent the entire offseason with the 49ers before being released during the 53-man roster cuts.

“Jordan, the best thing is how much he’s played,” Shanahan said on Friday. “He played a lot of football, he’s a very reliable guy. We don’t mind putting him in there at any position. The game’s not too big for him. He’s plays very physical. He’s a big guy. He can run also. He’s got good hands. We usually play him at the ‘Z’ position. But if anyone goes down, even with Jordan only being here two weeks, he’s mastered the offense in the offseason. He knows all the positions. He gives us a lot of versatility.”

Running back Raheem Mostert (knee) is questionable going into the Week 7 contest. Mostert suffered a knee injury during the opening kickoff against the Los Angeles Rams in Week 6. In addition to Tevin Coleman and Matt Breida, the 49ers will also rely on Jeff Wilson Jr. in Mostert’s absence.

As for the Redskins, safety Deshazor Everett, linebacker Josh Harvey-Clemons, guard Wes Martin, running back Chris Thompson and former 49ers tight end Vernon Davis are all ruled out. Washington’s cornerback Josh Norman (thigh/hand) is questionable heading in to Sunday. Norman did not practice all week and is likely to be a game-time decision.