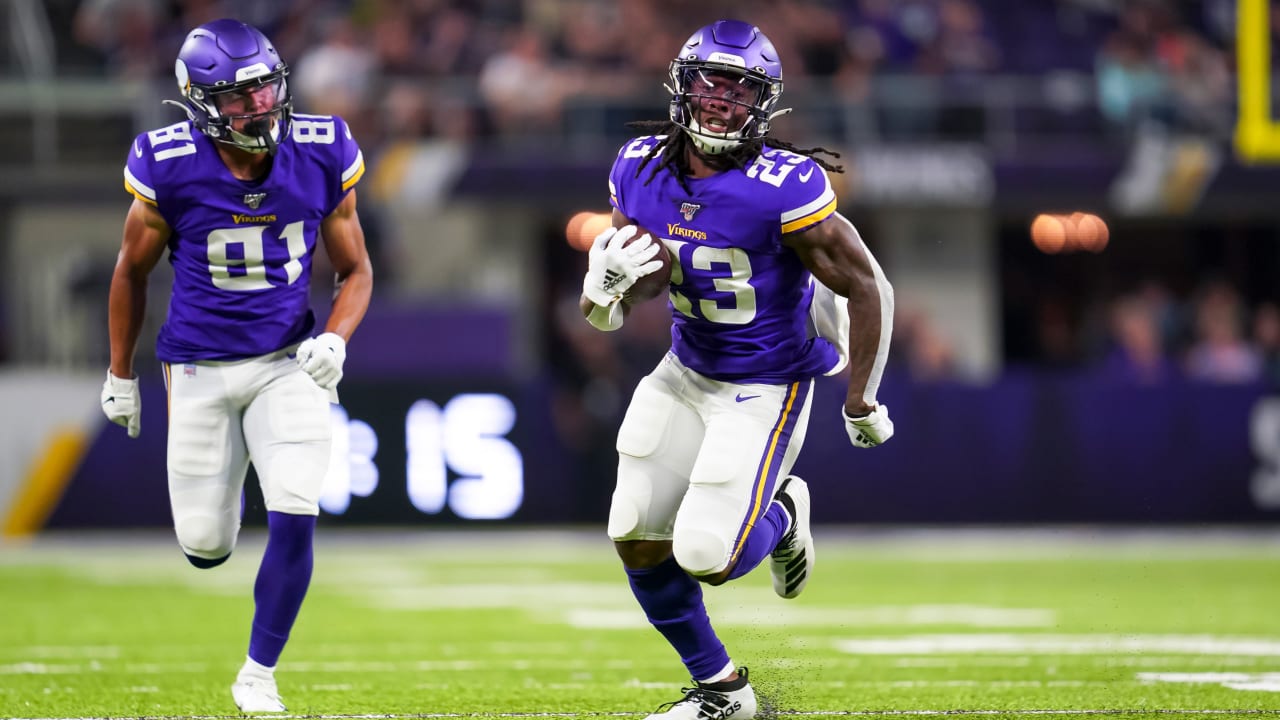 It’s the third week of the preseason, which means you’ve likely heard the term “dress rehearsal” more in the last five days than you did in the previous 11 months. Traditionally, teams play their starters more in the third preseason game than at any other point in the preseason. That’s where the term dress rehearsal comes from…it’s the closest thing to a real game that we’ll see until the regular season kicks off in early September.

In listening to head coach Mike Zimmer earlier in the week, though, one might start to wonder if Saturday’s preseason game against the Arizona Cardinals will be more about settling non-starting position battles than it will be about getting the starters extended looks. After all, the starters on defense and offense have been sharp in the first two preseason games AND Zimmer indicated there are still several jobs open for the taking.

Asked if the backup nickel cornerback behind Mackensie Alexander was wide open, Zimmer responded: “I would say so, yeah.” Earlier in the same press conference, Zimmer discussed the possibility that running back Mike Boone would get reps as a returner, indicating either both the kickoff return and punt return jobs were open. He also sounded undecided about his kicking specialists, stated he needed to find out if reserve defensive linemen Hercules Mata’afa “can go in there and rush on third down” and then said the following about his reserve wide receivers:

“They’re hard to separate right now. When we talk about it in the personnel meetings and things like that, it’s one guy has a good day, then he has a bad day. The consistency of what they’re trying to do is really hard to get a handle on. That’s why I say that special teams, they need to get their rear ends going on that.”

None of this equivocation is cause for alarm. It’s par for the course for most teams at this stage of the preseason. All it does it further emphasize the fact that preseason games are not rehearsals for games. They are an important part of the evaluation process for teams as they prepare the cut their rosters to 53 players by August 31.