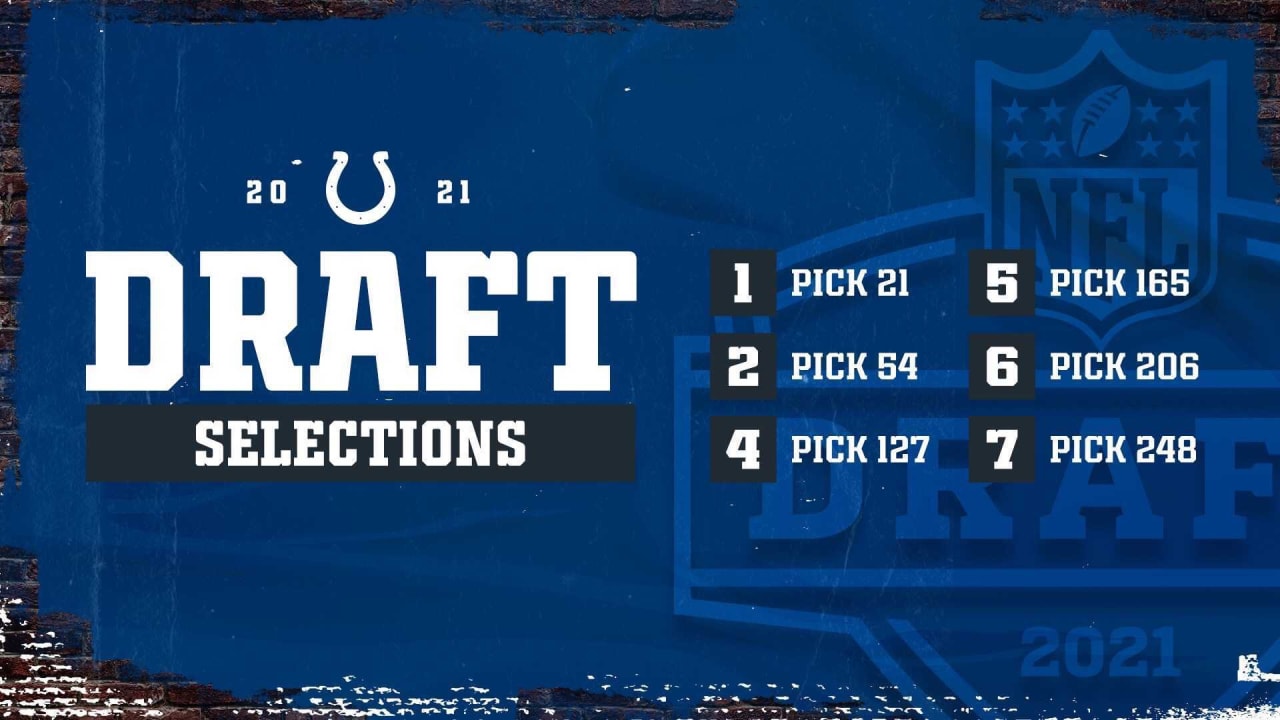 The NFL Draft is fast approaching, with just over a month separating us from the Jacksonville Jaguars going on the clock with the No. 1 overall pick.

The Colts have six selections in next month’s draft:

The Colts dealt their third-round selection (84th overall) to the Philadelphia Eagles as part of the Carson Wentz trade. A year ago, the Colts did not make a first-round selection after trading the No. 13 overall pick to the San Francisco 49ers in exchange for All-Pro defensive tackle DeForest Buckner.

While the Colts have never made a selection at No. 21 or No. 54 overall, they do have a history with their other picks: