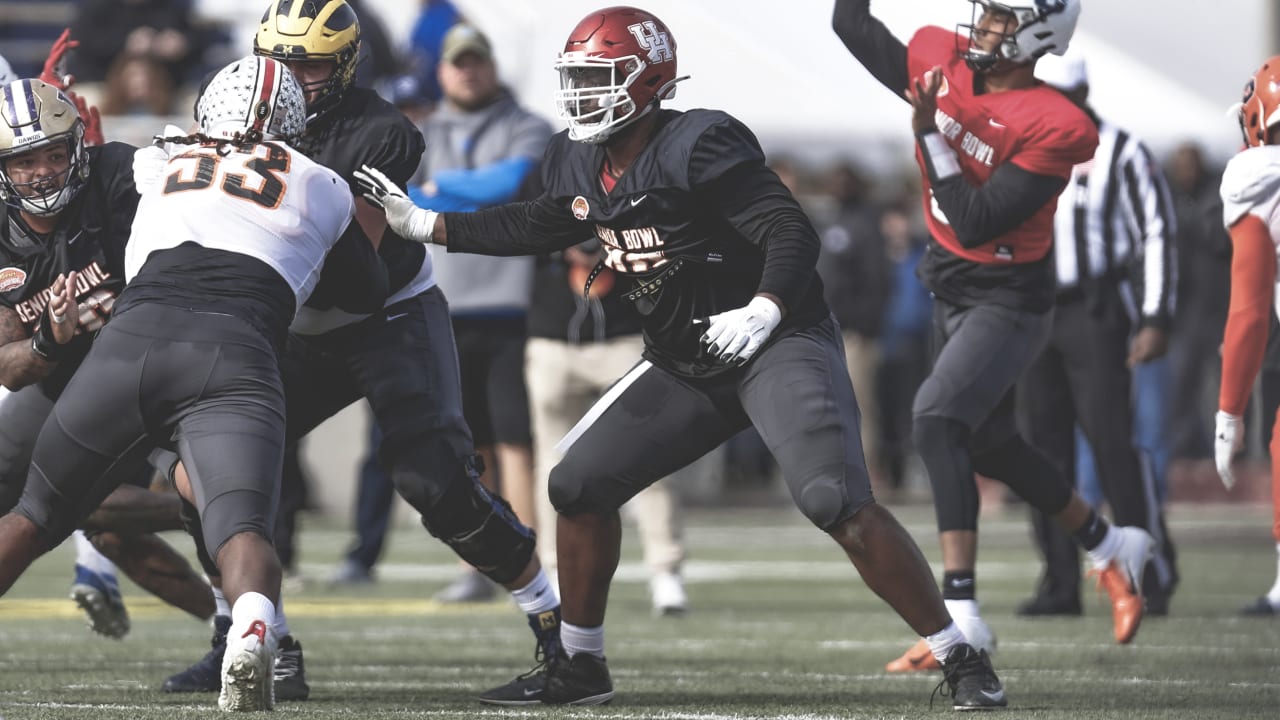 MOBILE, Ala. — The North team scored 21 third-quarter points to pull away from the South and earn a 34-17 victory in Saturday’s Senior Bowl contest at Ladd-Peebles Stadium in Mobile, Ala.

But the final result of the game is only a small piece of the puzzle to one of the most important weeks on the Indianapolis Colts’ offseason schedule.

In the six days leading up to Saturday’s Senior Bowl game, the Colts were able to interview more than 100 of the nation’s top draft-eligible prospects, and then watch those players go through three days of intense pro-style practices run by actual NFL teams.

In what amounts to the final opportunity to see some of the top prospects playing actual football until their respective pro days and the NFL Scouting Combine, which starts in less than a month in Indianapolis, the Colts once again took full advantage, just like they did last year, when they would end up selecting six Senior Bowl participants in the 2019 NFL Draft.

In fact, the Colts currently have 20 players on their roster that participated in the Senior Bowl in past years.

With that being said, don’t be surprised if multiple players from this year’s Senior Bowl are among the team’s eight picks heading into the 2020 NFL Draft.