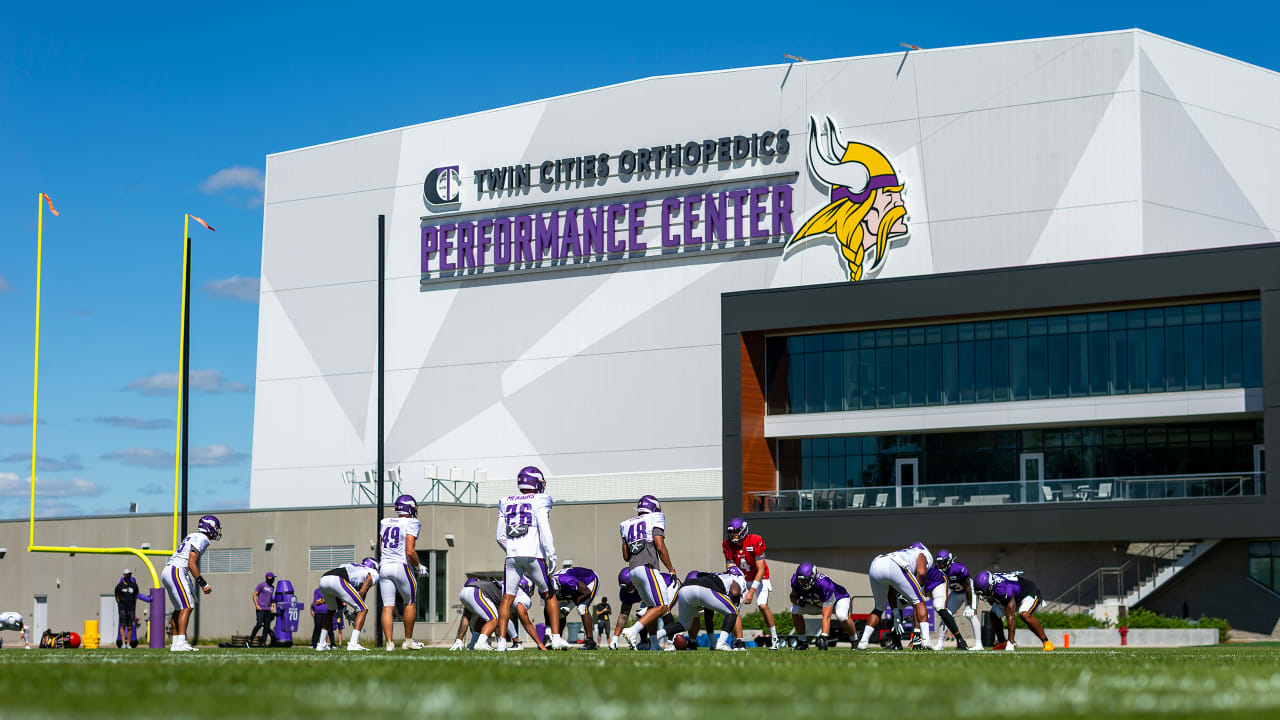 EAGAN, Minn. — Add it to the list of things to figure out.

In addition to evaluating the roster and assessing plays within offensive and defensive schemes, the Vikings on Sunday needed to react to multiple COVID-19 tests coming back positive.

Head Coach Mike Zimmer announced during his media session that eight players, an assistant coach and three staff members tested positive for COVID-19 and would not participate in Sunday’s practice.

“They won’t be at practice today and we’ll move forward from there,” Zimmer said.

All 12 persons are isolating while results are confirmed or determined to be false positives. Vikings Vice President of Sports Medicine Eric Sugarman supplies care kits, and players will have food delivered without contact and continue to participate in meetings virtually.

“Specifically, we’re just following protocol and what the league gives us as guidance at this point,” Zimmer said.

The Vikings should find out more information by Monday.

Multiple teams had results that came back positive, and the NFL released the following statement on Sunday:

“​Saturday’s daily COVID testing returned several positives tests from each of the clubs serviced by the same laboratory in New Jersey. We are working with our testing partner, BioReference, to investigate these results, while the clubs work to confirm or rule out the positive tests. Clubs are taking immediate precautionary measures as outlined in the NFL-NFLPA’s health and safety protocols to include contact tracing, isolation of individuals and temporarily adjusting the schedule, where appropriate. The other laboratories used for NFL testing have not had similar results.”

While it’s uncertain at this point how many, if any, will be confirmed, Zimmer pointed out the situation offers teams and the NFL to learn more about proceedings if a similar situation occurs in the regular season.

“Honestly, for us, it’s probably good that it happened now because we’re able to adjust and adapt and figure out the kind of things that would happen if it did happen during the season and what we would do from there,” Zimmer said.

Here are four other highlights from Zimmer’s session.

Zimmer said the “game” is still on, but the team may only do it once.

“We’re going to have to manage some of the reps a little bit, going to have a couple more hydration breaks and go from there,” Zimmer said. “We’ll kind of judge practice, how it’s going … We may cut it a little bit shorter or something like that, just depends on how it is.”

While talking about changes to Sunday’s practice structure, Zimmer mentioned “pretty warm and humid” conditions could also factor into decisions.

“It’s steamy out there today, and basically eight less players and one less coach, you know,” Zimmer said. “And you’ve got some injured guys, so you’re down to, probably in the 60s now.”

Shortly after Zimmer’s session, the team announced that practice was moving into the Indoor Practice Facility.

It’s not surprising that defensive end Ifeadi Odenigbo has been working with the first team in the spot formerly manned by Everson Griffen.

Odenigbo worked in rotation with Griffen and Danielle Hunter last season and was highly productive with his snaps.

While Odenigbo is expected to play more in 2020, Zimmer reminded that a rotation will still be implemented to keep players as fresh — and hopefully productive — as possible.

“I think the biggest thing is just, as we get going here through the rest of training camp, that we can simulate those kinds of situations where he’s getting a multiple number of plays,” Zimmer said. “But honestly, we want to try and rotate our guys all the time, anyway. It’s important that they’re fresh in the fourth quarter.”

Opposite Odenigbo, Hunter has been withheld from practicing for all of Minnesota’s practice sessions that have been open to the media, except for the first non-padded session on Aug. 14.

“He’s getting a little better every day, so it’s really up to Sug’,” Zimmer said.

Tags: out vikings while