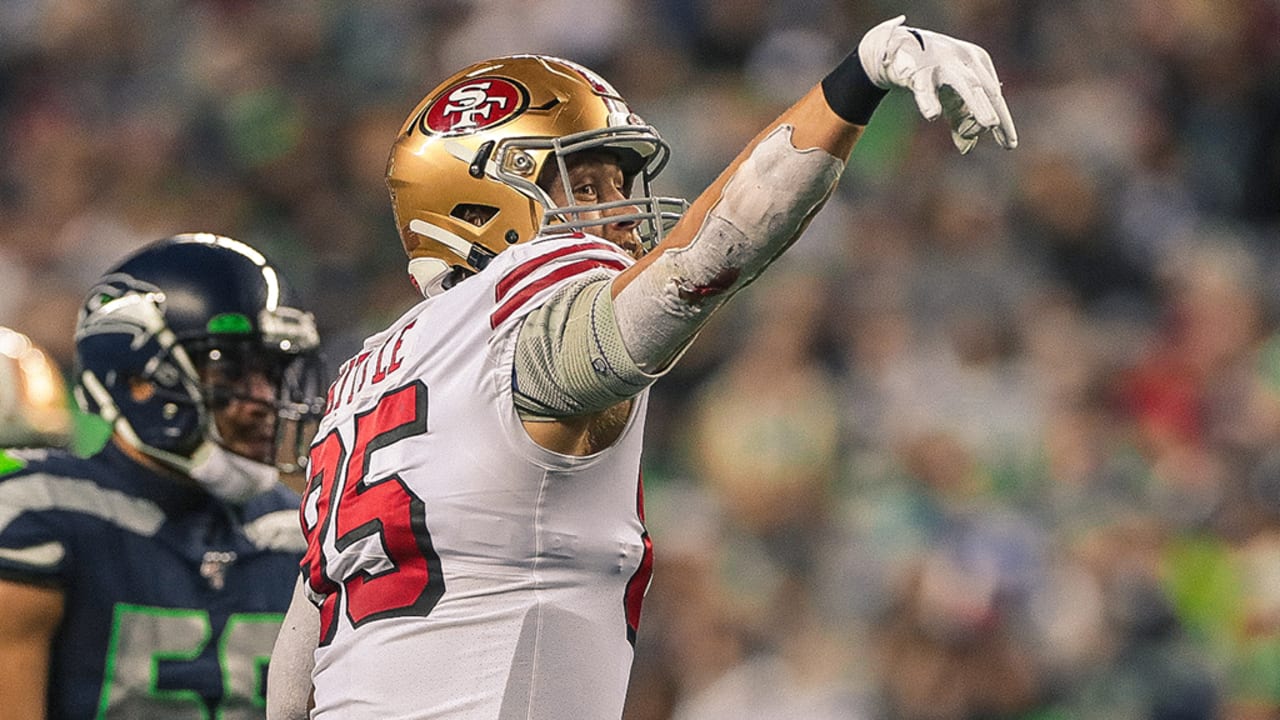 Bosa exceeded expectations in his rookie campaign. San Francisco’s No. 2 overall pick finished the season with the most total pressures ever recorded by a first-year pass rusher in PFF history (2006 – present). In the playoffs he added an additional 22 pressures over three contests. According to PFF, Bosa recorded an absurd 12 total pressures and a pass-rush win rate over 30 percent in Super Bowl LIV.

Armstead is coming off of a career season in Year 5 with the 49ers. Armstead ended the season with the fourth-best overall PFF grade of 89.8. Armstead led the team with 10 total sacks to go along with 18 quarterback hits, 54 total tackles, two passes defended, two forced fumbles and a fumble recovery.

Armstead is set to become a free agent this offseason, however the defensive lineman revealed that he is not averse to a franchise tag in order to keep San Francisco’s revered pass rush intact.

“I’m from Northern California. I’ve been here my whole career. I would love to be here and continue my career here,” Armstead said. “I feel like we have a special team that I want to be a part of and try to get back to the Super Bowl.”

Ward is coming off his first season playing at least 16 games including the playoffs after starting the 2019 campaign with a broken finger. Coming off of one his best seasons in Year 6, Ward topped an 80.0 overall PFF grade for the first time in his career this season while spending the majority of his time as a free safety.

Ward notched eight pass breakups on the season to go along with a sack despite not seeing the field until Week 5. Like Armstead, Ward is also scheduled to become a free agent next month, however disclosed that the 49ers have the “upper hand” in his looming decisions.

“This is a team I’d love to play for. They drafted me. I got injured a couple of years and they still gave me an opportunity to show what I could do. I ended up getting 16 games this year – it was a little different but I got it.

“But it’s a lot of interest right now from both ways. But they get the upper hand right now because I do want to be in California.”

Buckner appeared in all 16 games and amassed 7.5 sacks to add to 2.5 in the playoffs. He also recorded 4 fumble recoveries on the year and three forced fumbles. He notched his third-consecutive season with PFF grades of 80.0 or higher in 2019. Buckner, who was voted as team MVP by his coaches, has recorded 50 quarterback hits since entering the league, ranking 10th among all defenders over that span, according to PFF.