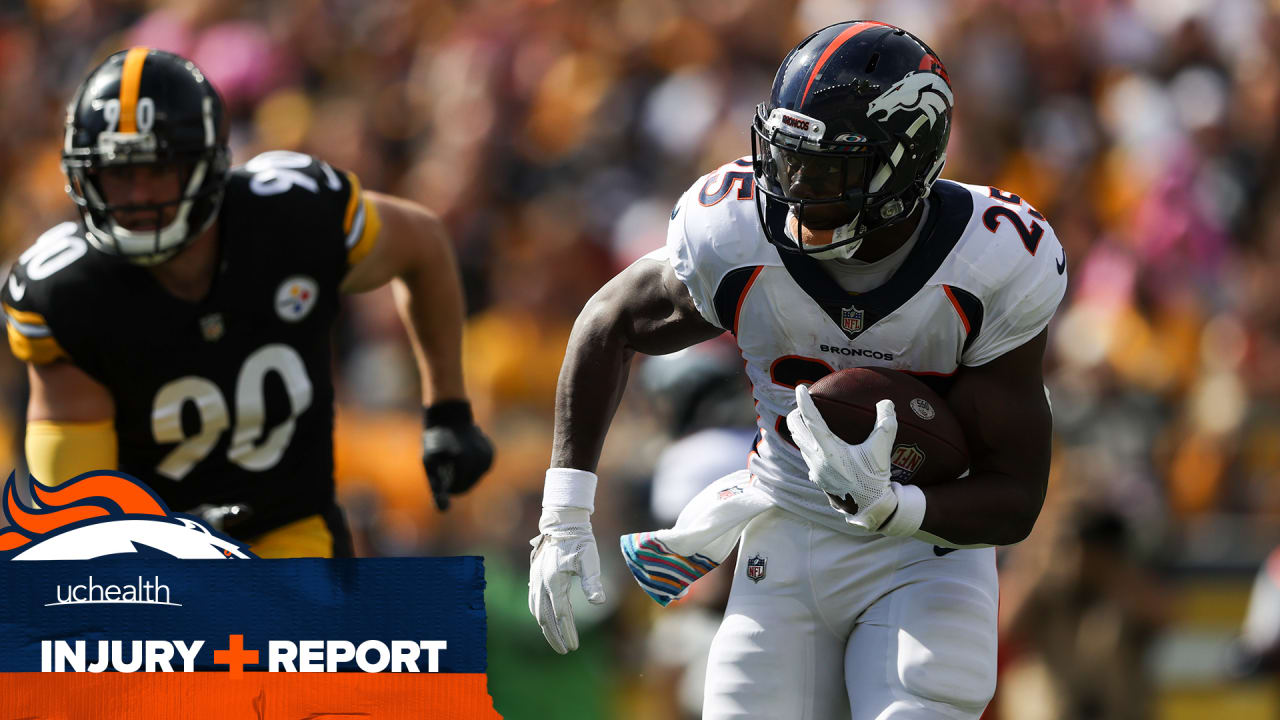 Running back Melvin Gordon III (hip) and safety Kareem Jackson (back) will be questionable for the Week 6 game. Both players did not practice on Wednesday, and they were limited participants on Thursday. Gordon remained limited on Friday, while Jackson improved to a full participant.

Earlier in the week, Fangio said he thought Jackson was “going to be fine.” He also noted that he believed Gordon’s injury was a bruise and that it was “just pretty sore for him.”

Outside linebacker Aaron Patrick (ankle) was also listed as questionable after being added to the injury report on Thursday. He did not practice on Friday.

Cornerback Mike Ford (knee) was ruled out after not practicing all week.

All other Broncos on the active roster will be ready to play, including cornerback Ronald Darby.

Fangio said he didn’t think Darby would have any limitations.

“We are going to get him in there,” Fangio said. “He’s going to play.”

Fangio said the team has not yet decided whether Darby would start.

“We just want to make a good decision for himself, see how much he actually does know, but he’s had a good week so far,” Fangio said.

Denver would need to elevate or promote Brown to the active roster for him to play against the Raiders.